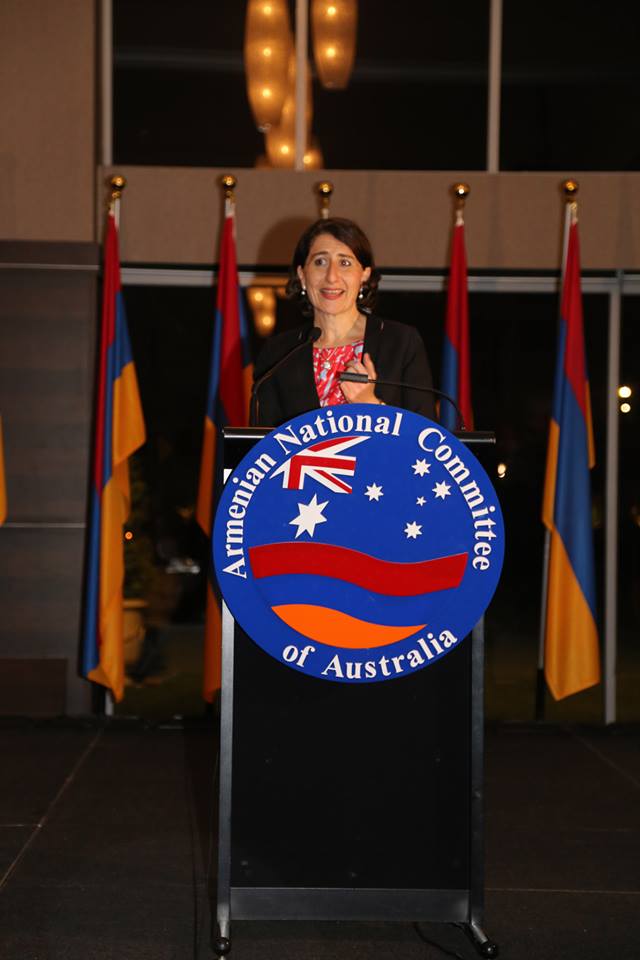 Gladys Berejiklian expected to become next NSW Premier in Australia

Berejiklian has also served a term on the Armenian National Committee of Australia.

The Armenian National Committee of Australia in a Facebook post wished the candidate luck, relaying that, regardless of next week’s results, “Gladys is a source of pride and inspiration to the Armenian-Australian community” and that ANC Australia will continue their “fantastic relationship with the office of the Premier of New South Wales.”

The official on a Facebook post on Thursday expressed her regret about Baird’s resignation. “I am deeply saddened that Mike Baird has announced his decision to retire from politics. Mike has been an inspiring leader and a man of enormous integrity who has left an outstanding and indelible mark on the state of NSW.”