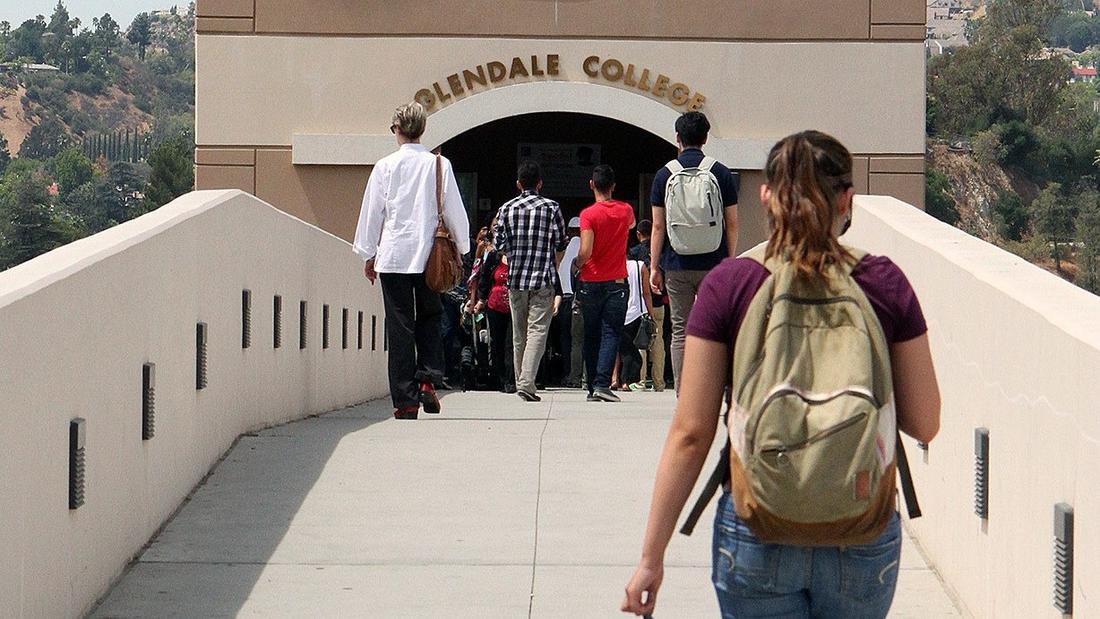 (Los Angeles Times) Measure GC, a $325-million facilities bond that will pay for major upgrades at Glendale Community College, received roughly 73% of the vote, according to election results Tuesday night.

“We thank our community,” said Anita Quinonez Gabrielian, president of the board of trustees, shortly after early results came in.

Leading up to the vote, students also got involved with the campaign, walking the precincts and calling residents, she said, while members of the Armenian National Committee of America-Glendale were “incredible champions” of the bond.

President/Supt. David Viar said the community’s support of the bond will make the college “the best it can be,” he said.

“I’m not surprised by their support,” he said. “It is consistent with what I hear when I’m out in the community. They tell me day after day what an asset the college is. This translated today to that kind of support.”

Glendale Community College officials watched the results come in at the Glen Arden Club, eager to see whether 55% of voters would approve the bond, the amount required for it to pass.

The funds will help school officials achieve their goal to house academic programs in premier facilities as students prepare to transfer to four-year universities or receive the required job training to launch directly into careers.

This bond comes more than a dozen years after Glendale voters approved a $98-million bond for the college in 2002.

In late 2015, the college’s board of trustees mapped out a decade’s worth of needs and recommendations for the campus, which was built in 1927.

The document was a key stepping stone to college officials ultimately concluding that in order to tackle many of the facilities needs in the plan, they would likely need to turn to Glendale voters for support.

The plan noted that a number of the buildings on campus built before 1975 will be more than 50 years old in 2025 and that “no comprehensive renovations have been undertaken in the last 10 years.”

Consultants also studied how pedestrians moved about the campus and how vehicles navigated around it.

They found that for every five students, there is one parking space and, they suggested a new parking structure that would provide more than 600 spaces.

Based on interviews with college staff and third-party experts, consultants labeled buildings as being in poor, fair or good condition, and suggested entirely replacing structures in poor condition with new ones.

A new advanced technology center would house some of those programs, according to the plan, and replace the current building, which is listed in poor condition.

In other areas, the plan cited facilities that could benefit from renovations, including the college’s library, auditorium and Verdugo Gym.