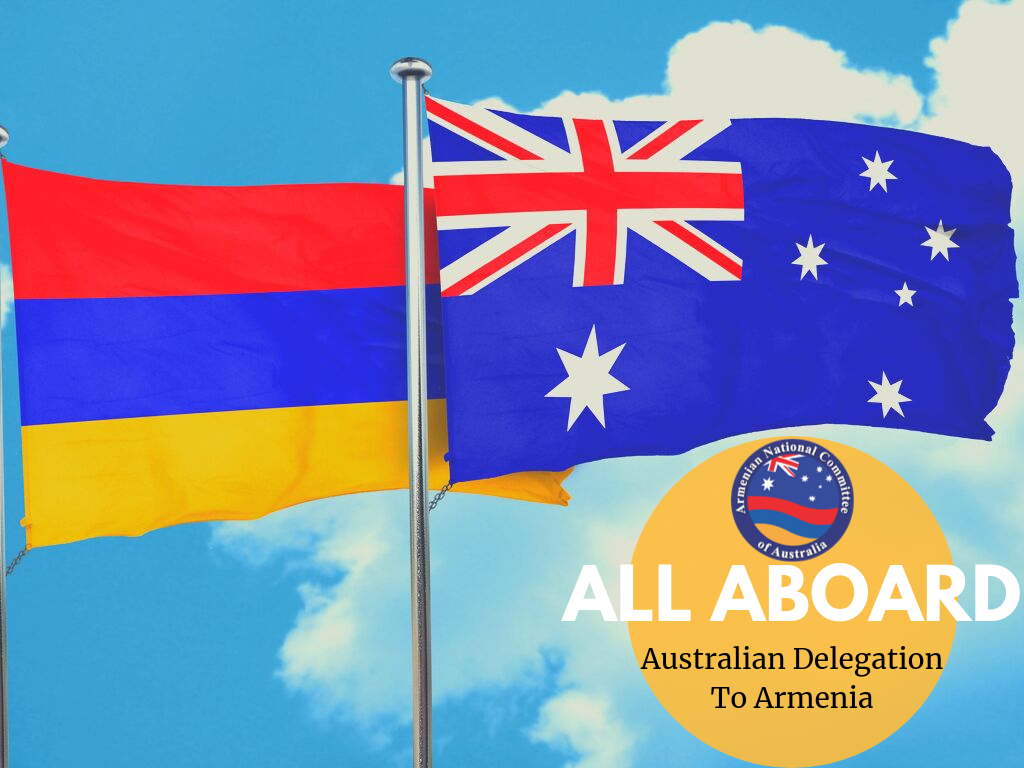 CANBERRA: The Armenian National Committee of Australia has announced that the first Federal-led Australian delegation will visit Armenia for political and business meetings anticipated to advance bilateral relations between Australia and Armenia.

The Australian Delegation to Armenia – organised by the Armenian National Committee of Australia (ANC-AU) and the Australia-Armenia Interparliamentary Union (Friendship Group) – will include three Federal parliamentarians, one state parliamentarian and five Armenian-Australian business leaders as part of a 20-person team.

The ANC-AU Australian Delegation to Armenia will begin later this September, and more will be revealed – including the members of the delegation – in coming days.