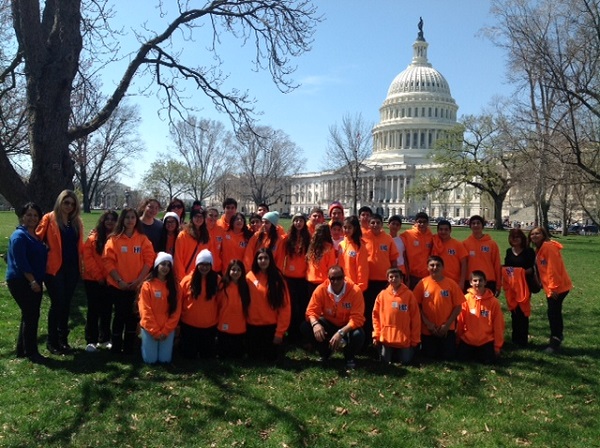 WASHINGTON — Ferrahian School’s 8th graders, who were in the East Coast as part of a school trip to Washington, D.C. and New York, visited the ANCA offices in Washington D.C. and took part in a phone campaign by calling on senators in the Senate Foreign Relations Committee to urge them to adopt the Armenian Genocide Resolution, which passed the Committee on April 10.

Coincidentally, at the very same time in the West Coast, Ferrahian’s 12th graders were in the midst of their annual visit to the ACF Center in Glendale visiting the Headquarters of the ANCA Western Region, the Prelacy Board of Regents, the AYF Western Region and the Shant Students Association. At the ANCA offices, the students similarly participated in a campaign calling on senators to support the Armenian Genocide bill.

Finally, high school students at the Encino Campus were summoned to do their share to participate in the phone campaign.

All the students were then informed of the victory on Thursday, April 10. There was a feeling of empowerment among the students for their efforts; that they had made a difference on the road to justice.

Photo: Ferrahian students in front of the U.S. Capitol in Washington, D.C.