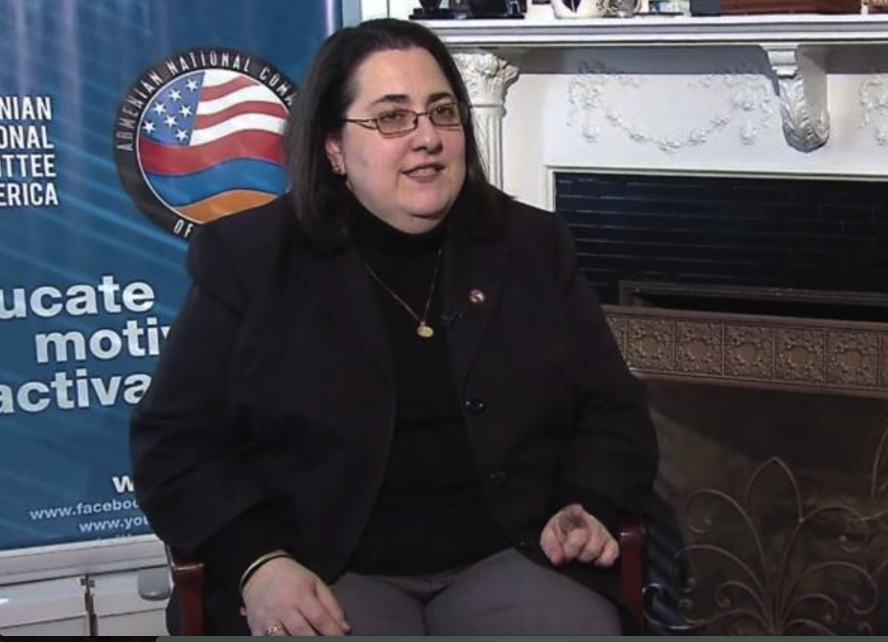 ANC-AU Advocacy Week runs from 16th October to 20th October, when the ANC-AU Annual Banquet will complete the week’s activities at Miramare Gardens in Terrey Hills, NSW. Advocacy Week will feature the promotion of Armenian issues in meetings with politicians in Canberra’s Parliament House as well as state-level legislators.

Elizabeth Chouldjian has been the Communications Director of the ANCA, based in Washington, D.C., for nearly two decades.

She has has been integral in promoting Armenian issues in the United States, helping draft and advocate for resolutions considered by the U.S. Congress, the U.S. Senate and U.S. House Committees. Chouldjian is a recognised figure on Capitol Hill and regularly interviewed by live television and radio networks covering dramatic moments involving the “Armenian lobby” in recent years.

Under the leadership of Chouldjian and her colleagues, including ANCA Executive Director Aram Hamparian, the New York Times and the Wall Street Journal have recognised the Armenian lobby as among the most influential ethnic advocacy collectives in the United States.

“We are delighted Ms. Chouldjian will be our guest for Advocacy Week this year,” commented ANC-AU Managing Director, Vache Kahramanian.

“ANC in Australia will benefit from her wealth of experience advocating for Armenian issues in the U.S., while the greater community will no doubt be taken on an intimate journey of Armenian advocacy within a superpower, where truth and justice takes on the might of petro-dollars and defence interests every day,” Kahramanian added.

Chouldjian will also be the international guest speaker at the ANC-AU Annual Banquet, which will also include a special appearance by legendary Armenian-Australian newsman George Donikian.

Melbourne-based Donikian, who has enjoyed a distinguished career broadcasting the news into Australia’s lounge-rooms through high-profile roles at SBS, the Nine Network and other networks, was instrumental in the promotion of the Hollywood film covering the Armenian Genocide, The Promise which premiered in Australia this year.

Donikian recounted his personal family story, which dates back to his grandparents who were survivors of the Armenian Genocide. He also slammed his former employer SBS for their recent editorial position of euphemisms when referring to the Armenian Genocide, earning numerous news stories covering the issue. See the viral video below.

Chouldjian and Donikian will be joined by Federal and NSW State politicians at the ANC-AU Annual Banquet, along with community leaders and business leaders.

Please see flyer below for tickets and details.