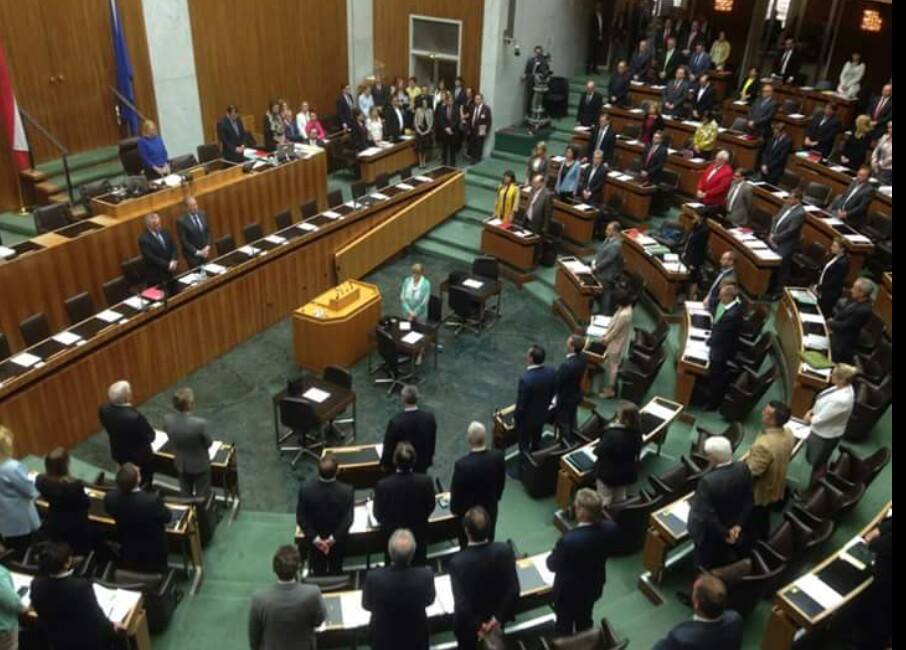 Brussels, 22 April, 2015: The Austrian Parliament adopted a declaration recognizing the Armenian Genocide, acknowledging the responsibility of the Austro-Hungarian Empire, at the time an ally of Ottoman Empire, calling on Turkey to reconcile with the dark pages of its past. The declaration was adopted unanimously by all political factions in the Parliament, before adopting it, the deputies held a moment of silence in memory of the 1.5 million innocent victims of the Armenian Genocide.

The declaration states that it is Austria’s obligation to recognize the terrible events as genocide and condemn them. It also states, that it is the duty of Turkey “to honestly face its dark and painful chapter of the past, and the crimes committed during the Ottoman Empire against the Armenians to recognize as genocide.”

The statement on the Centenary of the Armenian Genocide, also pays homage to Assyrians, Arameans, Chaldeans, Greeks, victims of the total annihilation of minorities perpetrated by Turkey.

Garo Chadoian, chairman of the Austrian Armenian Committee for Justice and Democracy (Hay Tad Austria) thanked the Armenian community of Austria, and the Embassy of the Republic of Armenia, for the persistent and coordinated efforts over the past years, which resulted in this joint declaration today, and praised the Austrian political parties for their courageous and responsible stance on recognizing the Armenian Genocide.

Kaspar Karampetian, President of the European Armenian Federation for Justice and Democracy (EAFJD) said: “we congratulate the Austrian – Armenian community for their tireless work, and welcome this historic recognition of the Armenian Genocide by Austria. It is historic in the sense, that Austria, acknowledging its responsibility for the past regarding Austro-Hungarian Empire’s alliance with the Ottoman Turkey, could serve as a noble example for Turkey to recognize the Armenian Genocide and come to terms with its past”.

Photo: Parliament of Austria. A moment of silence in memory of the victims of the ‪Armenian Genocide‬
(Photo by Austrian Armenian Committee for Justice & Democracy, Garo Chadoian)