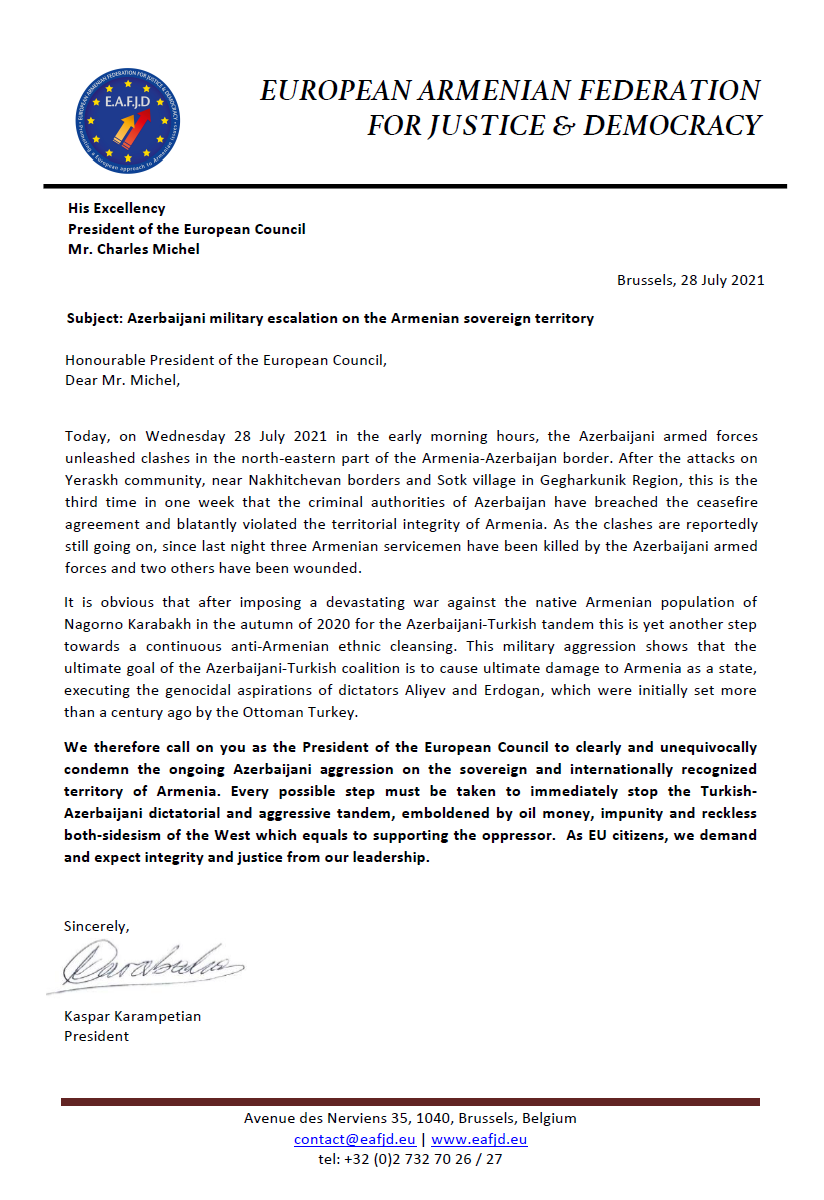 Following the latest Azerbaijani military offensive on the sovereign territory of the Republic of Armenia, the EAFJD President Kaspar Karampetian sent a letter to the EU leaders, calling on them to take every possible step to immediately stop the Turkish-Azerbaijani dictatorial and aggressive tandem, as well as to end the reckless both-sidesism of the EU which equals to supporting the oppressor.