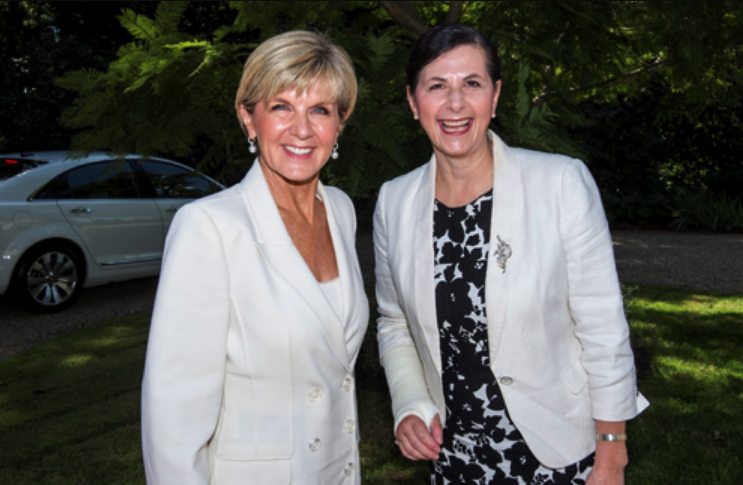 CANBERRA: Australia’s Department of Foreign Affairs & Trade (DFAT) has moved away from controversial pro-Azerbaijani and pro-Turkish positioning, by Ministers Concetta Fierravanti-Wells and Julie Bishop, on the issues of Nagorno Karabakh and the Armenian Genocide, reported the Armenian National Committee of Australia (ANC-AU).
]

DFAT has responded to questions on notice submitted by Senator Rex Patrick (NXT), where the department has refuted the following quote from a speech by Senator Fierravanti-Wells and a letter from Member of Parliament Bishop.
Fierravanti-Wells, who is Australia’s Minister for International Development and the Pacific, said during her trip to Azerbaijan that “[Australia] strongly supports Azerbaijan’s position on Nagorno-Karabakh”.

To Senator Patrick’s questions about whether this quote reflects Australia’s stance on the Nagorno Karabakh conflict, which would represent a stance that differs from the Organisation for Security and Cooperation in Europe (OSCE) Minsk Group’s position of not taking sides in the conflict, DFAT responded repeatedly:
“The Government supports the efforts of the OSCE Minsk Group and does not seek to intervene in the dispute.”

This response clearly distances the Government’s official position from the speech of the Minister, as the OSCE Minsk Group – which “the Government supports” – states that the equally important core principles of conflict resolution must be based on the non-use of force, territorial integrity, and the right to self-determination.

In 2014, Australia’s Foreign Minister Bishop wrote to an Ankara-funded Turkish advocacy group in 2014, stating:
“We do not, however, recognise these events as ‘genocide’.”

Senator Patrick asked DFAT: “Why has the Federal Government continued to deny recognition of the Armenian Genocide?”

In response, DFAT went on to explain that the Government’s clear position on the matter was that it “does not intervene in this painful historic debate” and believes “that dialogue between the communities and governments directly involved is the best way forward to resolve such a sensitive issue”.

This response, while still “unacceptable to Armenian-Australians” according to ANC-AU, is in clear opposition to the “We do not, however, recognise these events as ‘genocide’…” message by Bishop, which was outright denial of the Armenian Genocide.

“This clarification and distancing from the remarks of the ministers is the culmination of months of grassroots advocacy work conducted by ANC-AU on behalf of our community, and marks a step towards a more balanced stance from the government on the issues affecting our communities both in Australia and internationally.”

While ANC-AU will look to “unpack” the Nagorno Karabakh Conflict issue further, Kayserian said the Government’s position on the Armenian Genocide was “familiar but not acceptable”.

“We welcome the fact that our government has moved away from Foreign Minister Julie Bishop’s 2014 expressed denialist position on the Armenian Genocide,” Kayserian said. “Nevertheless, Australia’s return to ‘sitting on the fence’ on this important human rights issue is still not acceptable and not befitting our country’s international standing on human rights issues.”

He added: “We thank Senator Patrick for asking the questions, and we will work with all our friends in the Federal Parliament to make more meaningful steps on this front, and move the Australian Government towards the side of truth and recognition of the Armenian Genocide.”