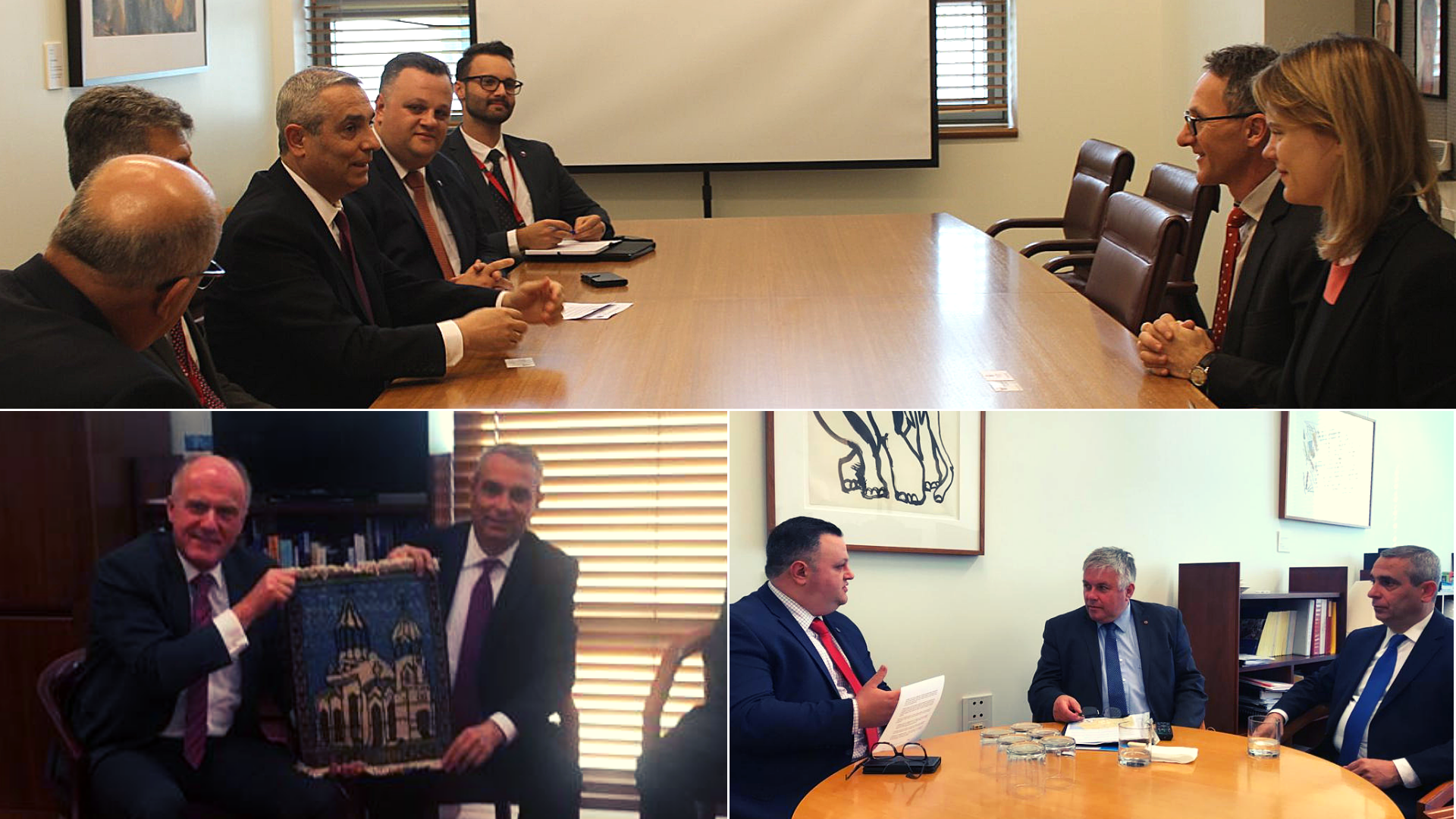 Senator Abetz – who is Chair of the Australian Senate’s Committee on Foreign Affairs, Trade & Defence – was introduced to the key issues concerning Armenians in their junior republic, including the conditions that were preventing peace from being achieved in their region of Nagorno Karabakh.

Senator Di Natale is the leader of The Australian Greens, who are the third-largest party in Australia’s parliament with nine Senators and one MP, and he was very interested in how the international community could promote a peaceful resolution to the war, to which the visiting Minister provided concrete examples.

Senator Patrick, who is from cross-bench power party Centre Alliance, has taken a keen interest in Artsakh and asked questions on Australia’s position during Senate questioning of the Department of Foreign Affairs & Trade last year. His meeting with the visiting delegation was an opportunity to further increase understanding of the situation on the ground.

“Artsakh advocacy well and truly took centre stage in Australia’s Federal Parliament this week,” said ANC-AU Executive Director, Haig Kayserian. “The Republic of Artsakh delegation met with over 15 members of Australia’s parliament over two days in the nation’s capital, and we were very proud of their representation of the key issues that concern Stepanakert.”

“Artsakh is using democracy as a tool against aggression and to pave its path towards the peace and prosperity that the people deserve. This was on show by the conduct and content of this delegation,” Kayserian added.

On their first day in Canberra, a welcome reception was held in honour of the Artsakh delegation, and attended by over a dozen Australian politicians (read more by clicking here).

Before traveling to Canberra, the delegation received a warm welcome from the Sydney Armenian community.