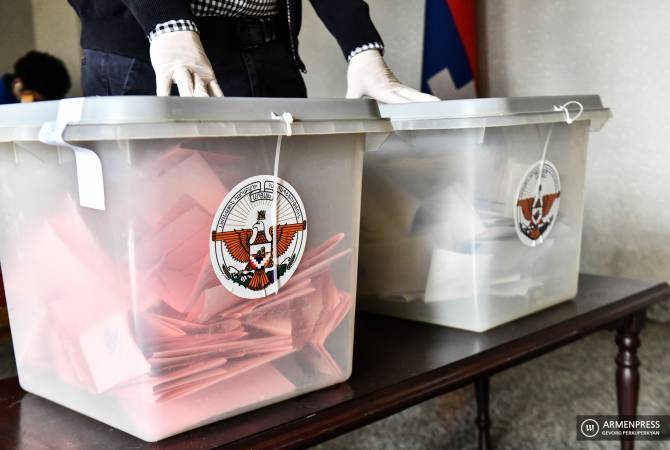 Sadly, several individual states and international organizations responded to this exercise in democratic self-government by joining with the authoritarian regimes of Azerbaijan and Turkey in refusing to recognize and – in some cases – even condemning these elections. Others withheld direct criticism, explaining their refusal to recognize the legal framework of these presidential and parliamentary elections considering the ongoing OSCE Minsk Process for peacefully resolving the Nagorno-Karabakh (Artsakh) conflict.

We remind all those offering such ill-advised criticism that the initial OSCE/CSCE decision of March 24, 1992, which laid the very foundation for the Minsk Process, refers directly to the “elected representatives” of Nagorno-Karabakh (Artsakh) as a participant in the peace process. It goes without saying, that, in order to have “elected representatives,” elections must be held, meaning that these Artsakh elections are not at odds with the OSCE but, rather, fully in line with the foundational OSCE agreements at the heart of the Minsk Group process.

The OSCE Minsk Group Co-Chairs, in their March 31, 2020, statement on these elections, properly noted that they “recognize the role of the population of Nagorno-Karabakh in deciding its future.” Yet they contradict this commonsense conclusion by saying that these elections – and the leaders are democratically chosen by this free and fair electoral process – do not have any bearing on the legal status of Nagorno-Karabakh. They further seek to dismiss the human and civil rights of Artsakh citizens by saying “that Nagorno-Karabakh is not recognized as an independent and sovereign state by any of the Co-Chair countries or any other country,” when such rights are inalienable and not contingent upon any third party acceptance or agreement. Having rejected democracy for Artsakh and denied its citizens the right to vote, the OSCE Co-Chairs seemingly believe that this population should be represented by means other than popular elections.

States and state-level bodies aligning with the corrupt and authoritarian Azerbaijani government’s attack on free and fair Artsakh elections do a disservice to their own international commitments and obligations to uphold and defend the universal principle that: “All peoples have the right of self-determination,” including the right to freely determine their political status through “genuine periodic elections which shall be by universal and equal suffrage and shall be held by secret ballot, guaranteeing the free expression of the will of the electors.” (International Covenant on Civil and Political Rights, adopted by the General Assembly of the United Nations on 19 December 1966)

The Armenian National Committee-International, in cooperation with partner organizations worldwide, will continue to strive for the international recognition of the right to self-determination of the people of Artsakh and of independence of the Republic of Artsakh (Nagorno-Karabakh). We expect, in fact, we demand, that states and international organizations claiming to be committed to human rights, justice, and peace refrain from any actions hindering the exercise of these rights and freedoms by the people of Artsakh to self-determination. The international community is obliged to assist Artsakh to express the will of its population through free and fair elections.

During the March 31, 2020, parliamentary and presidential elections, the citizens of the Republic of Artsakh, undeterred by the coronavirus threat, flocked in unprecedented numbers to 281 polling stations – regularly cleaned and disinfected by election workers. Each voter was handed a face mask, gloves, and a single-use pen upon entering, and was assisted by election officials, who wore protective masks and gloves.

The presidential ballot was contested by 14 candidates. Ten political parties and two party-blocs competed for the Parliament’s 33 seats.

As for the parliamentary elections, five parties will be represented in Artsakh’s National Assembly, each earning more than the required five percent of votes:

Over 140 international observers and approximately 40 foreign journalists from 38 countries had expressed interest in monitoring and covering the elections. But, due to travel restrictions to fight the spread of the new coronavirus (COVID-19), the participation of international observers and foreign journalists was not possible. However, around 950 representatives of non-governmental organizations from Artsakh and Armenia –including parliamentarians from the Republic of Armenia– observed the elections.

The political conflict between Mountainous (Nagorno or Upper) Karabakh (Artsakh, historical Armenian name) and Azerbaijan dates to 1918 when for the first time in history a state named Azerbaijan was founded upon the break-up of the Russian Empire. Never in its history has Azerbaijan held sovereignty over the Mountainous Karabakh region.

From 1918 to 1920, the League of Nations and the leading world powers recognized the disputed status of Mountainous Karabakh. The League of Nations neither recognized the sovereignty of the Azerbaijan Republic over Karabakh nor accepted the Azerbaijan Republic as a member state, because of its dispute with Armenia over Karabakh.

In 1921, the Caucasus Bureau of the Russian Communist Party adopted a political decision to place Mountainous Karabakh under the administration of Soviet Azerbaijan, thus laying the foundation for the Stalinist practice of manipulating borders in Transcaucasia/South Caucasus.

In 1923, Soviet Azerbaijan’s Revolutionary Committee resolved to dismember Mountainous Karabakh and to create, on a small part of this territory, the Nagorno (Mountainous) Karabakh Autonomous Oblast (Region).

Throughout the entire Soviet totalitarian system, the Armenians of Mountainous Karabakh were persistent in their attempts to restore historical justice and to liberate the area from the unjust seizure by the Azerbaijan SSR.

The conflict resumed in 1988 and gradually escalated into an armed confrontation when Azerbaijan responded violently to the peaceful popular quest of the Mountainous (Nagorno) Karabakh Autonomous Region to be reunited with Soviet Armenia.

In 1991, following the declaration of independence by Soviet Azerbaijan, the Mountainous Karabakh (Artsakh) Republic was founded and it initiated the process of its independence in compliance with the domestic legislation of the USSR and in conformity with the principles and attributes required by international law for the creation of an independent state.