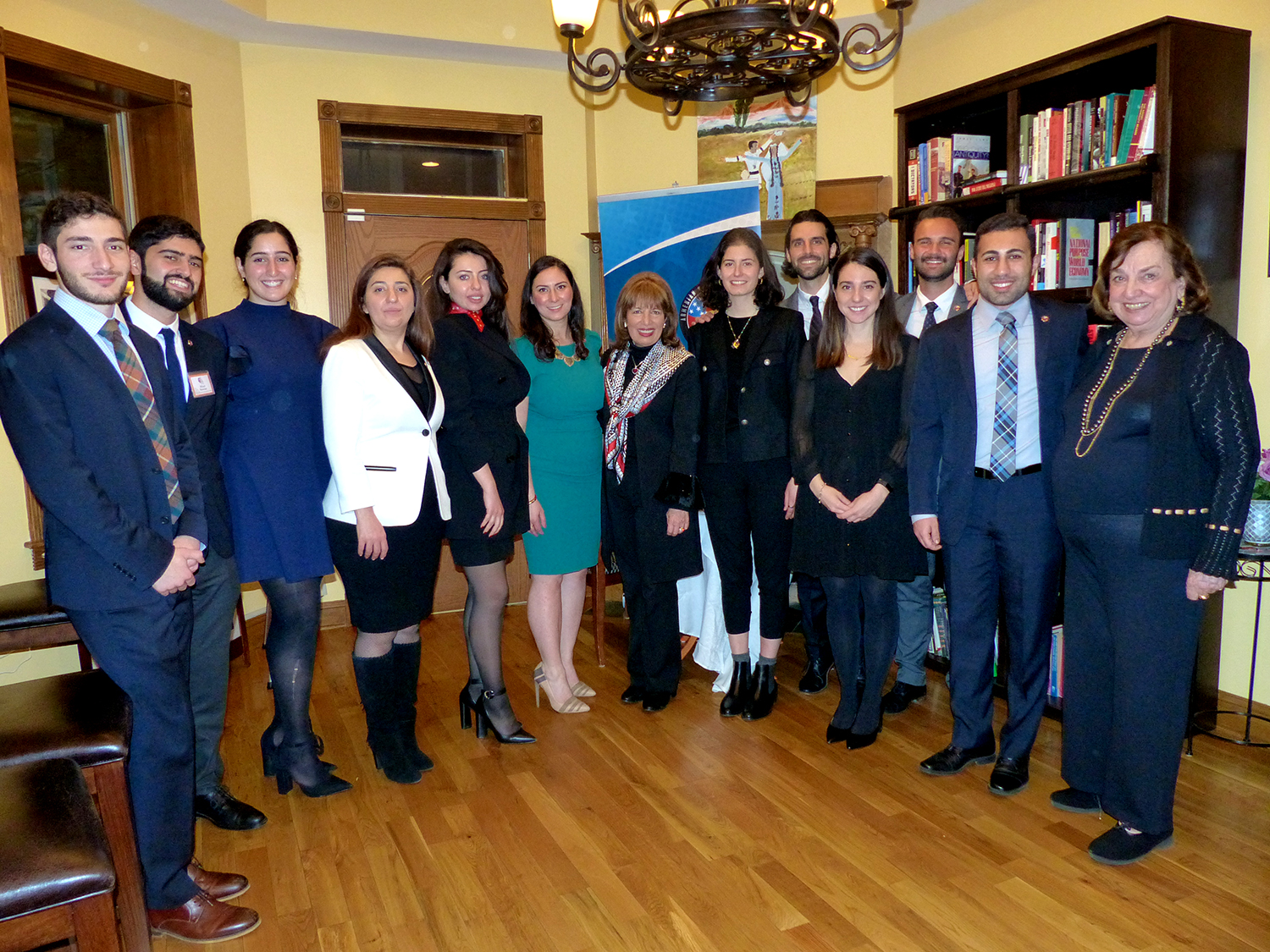 “Today, as we honor the strong Armenian women who lead our communities, we have the privilege of speaking with one of the strongest women in Congress – one who embodies her ancestors’ will to survive, one who has overcome great adversity – from Jonestown to being a #MeToo victim long before that phrase was coined,” said ANCA Hovig Apo Saghdejian Capital Gateway Director Tereza Yerimyan, in her welcoming remarks.  “Representative Speier comes from a long line of women who have instilled in her that she must fight for what’s right, that she must uncover the truth even if it means risking her own life.”

Reading heartbreaking passages from her memoir, “Undaunted” – Congresswoman Speier described the harrowing story of how she survived being shot at point-blank range during a Congressional investigative mission to Jonestown, Guyana, site of the Jonestown cult massacre in 1978.  She would go on to read a passage describing how she overcame the tragic passing of her husband, Dr. Steve Sierra, who was hit by a drunk driver.

“It’s really a story of resilience, and for each of us, it’s about the ability to recover. Sometimes, we don’t think we do, but we all have that well of strength, internally” said Rep. Speier.

Turning to the ANCA Hovig Apo Saghdejian Capital Gateway Fellows and youth in the room, Rep. Speier stated, “I hope that you hear in my story something that is your story – something that will crystallize the sense of knowing that your future is in public policy.  It is around making this country and Armenia stronger – the ties between them stronger – and that we could see greater democracies flourish around the world.”

Asked about the future of U.S.-Armenia relations particularly following the 2018 Velvet Revolution, Rep. Speier, who serves as Co-Chair of the Congressional Armenian Caucus said this is a “golden opportunity” for both countries to strengthen ties, noting that she looks forward to working with the Caucus leadership to take concrete steps to advance shared priorities.

Ms. Sue Aramian, who along with sisters, the late Martha and late Margot, are the patron saints of the Aramian House, joined her niece Jocelyn Micollucci in toasting Rep. Speier’s indomitable spirit.  “For you to be here, Congresswoman, with your book and your story, is a fulfillment of a life-long dream of my medz-hayrig and medz-mayrig and my aunt.  I welcome you, and I thank you.  To your health and prosperity.”

Also offering remarks was Armenian Ambassador to the U.S., His Excellency Varuzhan Nersesyan, who praised Congresswoman Speier’s leadership on human rights and women’s rights while being an outspoken advocate of Armenian American concerns.  Addressing the “new generation of ANCA youth leaders” in the room, Ambassador Nersesyan encouraged them to “follow her path, her inspiring life story – both an Armenian story and an American story.”

The evening ended with Rep. Speier graciously signing copies of her book – urging one and all to be “undaunted” in all they do in life.  The ANCA Endowment Fund has a limited number of signed copies of Rep. Jackie Speier’s “Undaunted” available for purchase.

Video of Rep. Speier’s presentation of ‘Undaunted’ is available at: https://youtu.be/bicrA_ug590