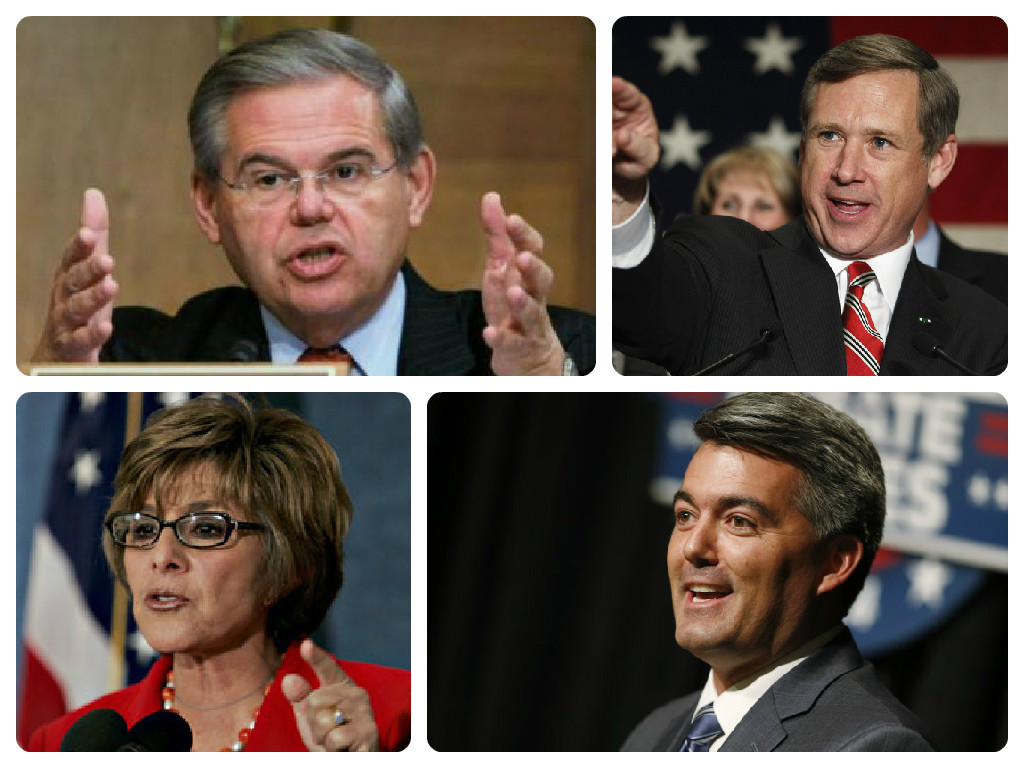 The bipartisan legislation is being launched on the eve of President Obama’s anticipated April 24th statement, widely viewed as a watershed moment in terms of U.S. policy on the Armenian Genocide. The measure praises the Pontiff for describing “the atrocities perpetrated by the Ottoman Turks against the Armenians as the first genocide of the 20th Century.” It is nearly identical to one introduced in April of 2014 – with the addition of language regarding the Pope’s reaffirmation. A revised version of the resolution was adopted by the U.S. Senate Foreign Relations Committee, by a 12 to 5 vote last year.

“The Pope’s inspirational call to conscience – reflected in today’s Armenian Genocide legislation and reinforced by calls from all corners of American civil society – shines a welcome spotlight on the clear choice before President Obama on April 24th. With the world watching during this solemn Centennial, President Obama needs to decide. He can speak the truth, and establish a legacy of principled American leadership against genocide; or, he can cave in to Ankara’s threats, allowing the Turkish government to tighten the gag-rule it so publicly enforces on the U.S. government,” said ANCA Executive Director Aram Hamparian.

“We join with our community and all our genocide-prevention coalition partners in supporting the principled leadership of Senators Menendez, Kirk, Boxer and Gardner. We are particularly encouraged that this forward-looking measure urges President Obama to seek an enduring improvement in Armenian-Turkish relations through the only principled and practical path, Ankara’s full acknowledgement and honest reckoning with this still unpunished crime,” continued Hamparian.

“One hundred years ago, 1.5 million Armenian men, women, and children were killed by Ottoman Turks during the Armenian Genocide,” Senator Menendez said. “It is past time for this atrocity to be recognized for what it was: a targeted ethnic cleansing of the Armenian population. This Resolution makes clear that it is unacceptable to deny the facts and history of the Armenian Genocide and continue to silence the voices of those who perished. As the world gathers to commemorate the centenary of the Armenian Genocide on April 24th, the United States must commit itself to recognizing the full meaning, magnitude and history of this genocide in order to both honor the innocent victims and prevent similar tragedies from happening again,” continued Menendez.

“100 years is far too long not to call the murder of 1.5 million Armenians what it was: genocide,” said Senator Kirk. “In April 1915 during the beginning of WWI, the Ottoman Turks systematically killed 1.5 million Armenians and forced many others to flee their homeland. It is long past time that the United States recognize it as a genocide and honor the victims, those who survived and ensure atrocities such as this never happen again,” Senator Kirk said.

“This year marks the 100th anniversary of the beginning of one of the greatest crimes against humanity of the 20th century, the Armenian Genocide,” said Senator Gardner. “The lives of as many as 1.5 million men, women, and children were brutally ended, leaving lasting scars on the families and communities affected. This resolution honors the memory of those who were killed, and helps us resolve anew to never allow such an event to occur again,” noted Senator Gardner.

The full text of the Resolution is below.

Expressing the sense of the Senate regarding the 100th anniversary of the Armenian Genocide.

Whereas the Armenian Genocide was conceived and carried out by the Ottoman Empire from 1915 to 1923, resulting in the deportation of nearly 2,000,000 Armenians, of whom 1,500,000 men, women, and children were killed and 500,000 survivors were expelled from their homes, and the elimination of the over 2,500-year presence of Armenians in their historic homeland;

Whereas, on May 24, 1915, the Allied Powers of England, France, and Russia jointly issued a statement explicitly charging for the first time ever another government of committing crimes “against humanity and civilization”;

Whereas Raphael Lemkin, who coined the term “genocide”, and whose draft resolution for a genocide convention treaty became the framework for the United Nations Convention on the Prevention and Punishment of the Crime of Genocide, recognized the Armenian Genocide as the type of crime the United Nations should prevent and punish through the setting of international standards;

Whereas Senate Concurrent Resolution 12, 64th Congress, agreed to February 9, 1916, resolved that “the President of the United States be respectfully asked to designate a day on which the citizens of this country may give expression to their sympathy by contributing funds now being raised for the relief of the Armenians”, who at the time were enduring “starvation, disease, and untold suffering”;

Whereas Senate Resolution 359, 66th Congress, agreed to May 11, 1920, stated that “the testimony adduced at the hearings conducted by the subcommittee of the Senate Committee on Foreign Relations have clearly established the truth of the reported massacres and other atrocities from which the Armenian people have suffered”;

Whereas House Joint Resolution 148, 94th Congress, agreed to April 8, 1975, resolved, “That April 24, 1975, is hereby designated as ‘National Day of Remembrance of Man’s Inhumanity to Man’, and the President of the United States is authorized and requested to issue a proclamation calling upon the people of the United States to observe such day as a day of remembrance for all the victims of genocide, especially those of Armenian ancestry …”;

Whereas House Joint Resolution 247, 98th Congress, agreed to September 10, 1984, resolved, “That April 24, 1985, is hereby designated as ‘National Day of Remembrance of Man’s Inhumanity to Man’, and the President of the United States is authorized and requested to issue a proclamation calling upon the people of the United States to observe such day as a day of remembrance for all the victims of genocide, especially the one and one-half million people of Armenian ancestry…”;

Whereas, on April 11, 2014, the Committee on Foreign Relations of the Senate reported favorably Senate Resolution 410, 113th Congress, expressing the sense of the Senate regarding the anniversary of the Armenian Genocide, and calling on the President to “ensure that the foreign policy of the Unites States reflects appropriate understanding and sensitivity concerning issues related to human rights crimes against humanity, ethnic cleansing, and genocide documented in the United States record relating to the Armenian Genocide”;

Whereas on April 12, 2015, Pope Francis described the atrocities perpetrated by the Ottoman Turks against the Armenians as the first genocide of the 20th century;

Whereas the United States Holocaust Memorial Council, an independent Federal agency, unanimously resolved on April 30, 1981, that the United States Holocaust Memorial Museum would document the Armenian Genocide in the Museum, and has done so through a public examination of the historic record, including lectures and the maintenance of books, records, and photographs about the Genocide;

Whereas the Government of the Republic of Turkey has continued its international campaign of Armenian Genocide denial, maintained a blockade of Armenia, and continues to pressure the small but growing Turkish civil society movement for acknowledging the Armenian Genocide;
Whereas, in April 2011, the month of remembrance of the Armenian Genocide, the Government of the Republic of Turkey demolished a 100-foot-high statue in the city of Kars which was erected to promote reconciliation with Armenia;

Whereas the denial of the Armenian Genocide by the Government of the Republic of Turkey has prevented the meaningful advancement of a constructive political, economic, and security relationship between Armenia and Turkey; and

Whereas the teaching, recognition, and commemoration of acts of genocide and other crimes against humanity is essential to preventing the re-occurrence of similar atrocities: Now, therefore, be it

Resolved, That it is the sense of the Senate—

(1) to remember and commemorate the 100th anniversary of the Armenian Genocide on April 24, 2015;

(2) that the President should work toward an equitable, constructive, stable, and durable Armenian-Turkish relationship that includes the full acknowledgment by the Government of the Republic of Turkey of the facts about the Armenian Genocide; and

(3) that the President should ensure that the foreign policy of the United States reflects appropriate understanding and sensitivity concerning issues related to human rights, crimes against humanity, ethnic cleansing, and genocide documented in the United States record relating to the Armenian Genocide.