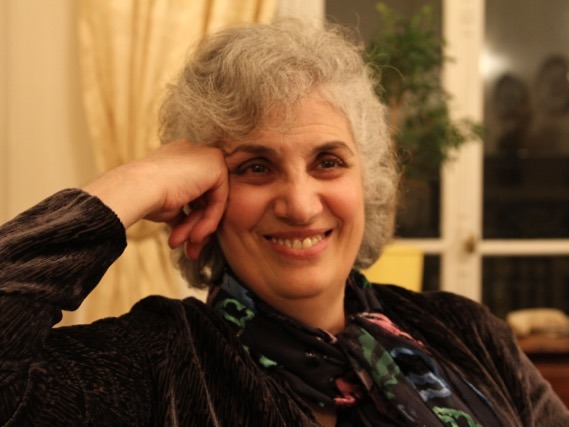 “I am deeply honored to be the recipient of the ANCA Eastern Region’s Cardashian Award this year. The ANCA’s agenda embodies the needs and aspirations of the Armenian community – from its work on Genocide recognition to support for Armenia and Artsakh,” said Dr. Najarian. “I am especially proud to be a supporter of the Capital Gateway Program which brings young Armenian professionals together, supports and mentors them. What could be more important? Thank you, ANCA! “

The Vahan Cardashian Award is given annually to an ANCA supporter who has demonstrated longstanding dedication and active involvement in the Armenian-American community and its priorities. The award is named after Yale-educated lawyer Vahan Cardashian, who set aside his successful New York practice to dedicate himself to the establishment of the Armenian Committee for the Independence of Armenia (ACIA), predecessor organization to the Armenian National Committee, and to advocate for the plight of the Armenian Nation.

The December 2nd gala, sponsored by the ANCA Eastern Region Endowment Fund, will take place at the prominent International Place located in the heart of Boston (Two International Place, Boston, MA 02110). The event will kick off with an elegant cocktail reception (open bar for beer and wine) and silent auction at 6:00 pm, followed by buffet dinner and awards ceremony at 7:00 pm. Additional information, sponsorship options, and tickets are available at https://ancaef.org/gala/.

Carolann S. Najarian, M.D., is a native of New York City and the child of Armenian Genocide survivors. She spent the major part of her medical career in private practice in Cambridge and Watertown, Massachusetts. In 1988, after Armenia’s devastating earthquake, she spearheaded east coast medical relief efforts to that country. As president of the Armenian Health Alliance, Inc. (1989 – 2015) she made more than 50 trips to deliver medical aid to survivors in the destroyed region. In 1994, with funds raised through AHA, she established the first primary care center in Gyumri and in 1995, the Arpen Center for Expectant Women, in Artsakh (providing food and clothing to pregnant women until today). In 1992, she began traveling to Artsakh (Karabagh) and Kashatagh, to distribute medical supplies and equipment, to teach, and care for patients.

Dr. Najarian earned her M.D. from Boston University School of Medicine, class of ’80 and an MSc in Medical Anthropology from Brunel University, London, ’04. She also holds a BA in Music from Queens College, New York, ‘62. Her first book, A Call From Home; Armenia and Karabagh, My Journal (Arpen Press, 1999) based on her journals, chronicles her experiences and the people she met in Armenia and Karabagh. In 2014, she published her father’s memoirs, Avedis’ Story, which chronicles his family’s escape through Dersim, to Russia, and eventually to the U.S. She has served on her medical school’s Board of Overseers (2004-2010), a board member of the Armenian Bone Marrow Registry, and the Board of Advisors of the Tufenkian Foundation.

Dr. Najarian resides with her husband, George, in East Orleans and Lincoln, MA. Together they have endowed the Najarian Human Rights Lecture held each year at Faneuil Hall in conjunction with the Armenian Heritage Foundation and Park. In addition to other philanthropic activities, they annually sponsor scholarships through AIWA and their alma maters.

The ANCA Eastern Region Endowment Fund is a 501(c)(3) charitable and educational organization that supports the Armenian National Committee of America Eastern Region in outreach to Armenian American communities.