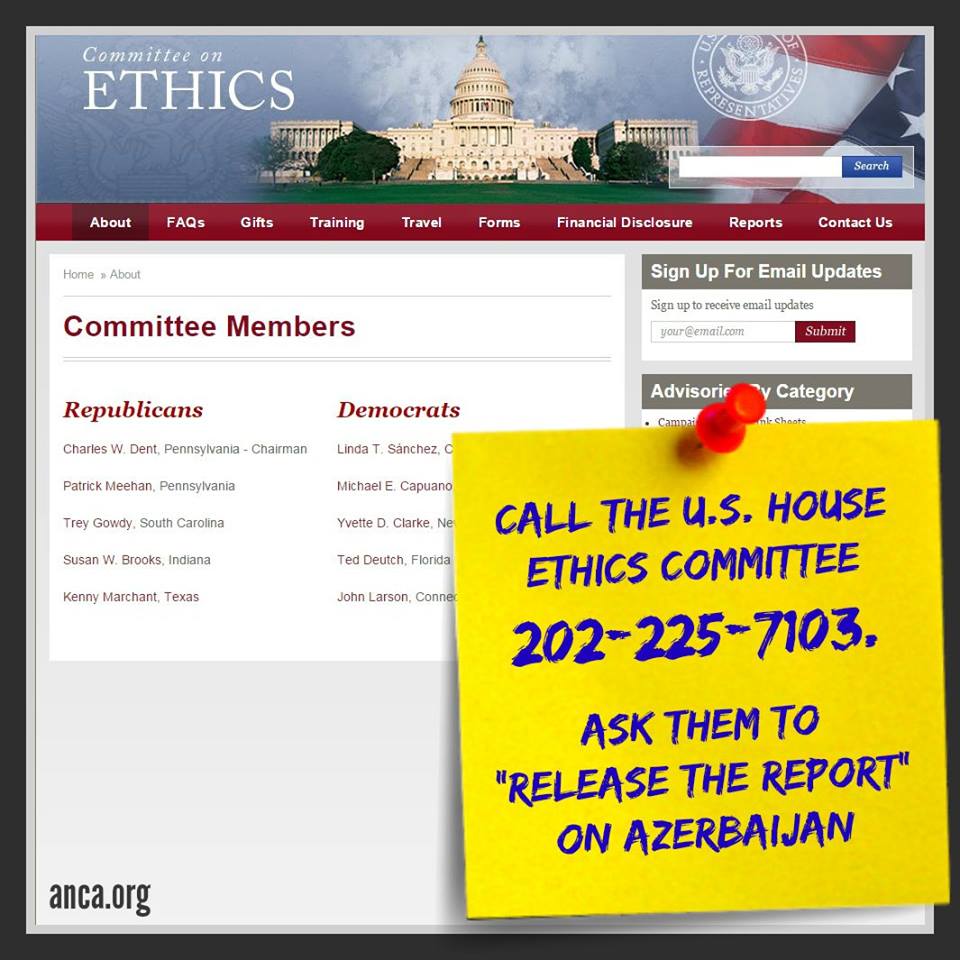 Call on the U.S. House Ethics Committee to “Release the Report” on SOCAR-funded Congressional travel to Azerbaijan

for the release of this report, in a letter addressed to the leadership of the Ethics Committee (see text below).

Thank you for your leadership of the Committee on Ethics and your service to the U.S. House of Representatives and the American people.

I am writing, in the wake of the Committee’s recent release of its report on officially connected travel by House Members to Azerbaijan in 2013, to formally communicate our request that the the Ethics Committee publicly release the findings of the Office of Congressional Ethics regarding the “U.S.-Azerbaijan Convention: Vision for the Future.” We make this request in the interests of government transparency and the rights of a fully informed electorate.

The Committee should not to withhold from American citizens any information involving foreign attempts to manipulate our democratic system or that, in the Committee’s own words, reveals “evidence of concerted, possibly criminal, efforts” by any party – foreign or domestic – seeking any manner of undue influence with U.S. policymakers.

Thank you for your consideration of our request. We are available to meet with you in person or to field any questions on this matter.