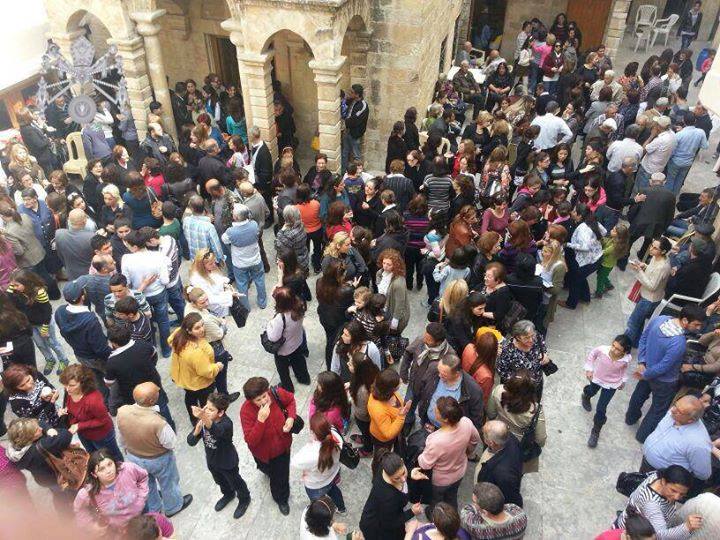 Call of action for Kesab to the Heads of EU Institutions

In the last days, we are very much concerned with what’s happening in Syria, particularly in the region of Kesab, at the north westernmost border of Syria with Turkey, where Al-Qaeda affiliated extremists attacked the region from Turkey, and drove the civilian population out of their homes.

We would like to draw your attention on this matter, and ask you to intervene and stop the organized attacks on the Armenian population, a region that is since centuries predominantly inhabited by Armenians. The civilian population had to be evacuated south to safer regions along the coastline. They are being hosted by their relatives and the Armenian community in Latakia, in churches and communal areas. Armenians all over the world are supporting them, especially European – Armenian communities, which have strong ties to Kesab.

In Syria, where the largest Armenian community of the Middle East exists, and since the conflict in the country, Armenians are very aware of Turkey’s role in assisting the extremists. For us, Turkey is continuing her genocidal policy against the Armenians, against the Armenian community in Syria. What was not wiped out in the deserts of Syria in 1915 is now being annihilated by the current Turkish state.

You, Presidents of EU Institutions – the EU, a Nobel peace prize holder – have the authority today to stop Turkey’s aggression against the Armenians of Kesab, and stop the uprooting of a minority group, which already twice has been the target of Turkey’s intolerance. Giving ground, assistance and intelligence for cross-border attacks to Al-Qaeda extremists, to target a civilian population should not be tolerated.

In the past, EU countries have given considerable humanitarian aid to Armenians fleeing the Ottoman Turkish persecutions. Today, they are being persecuted anew. We urge you to immediately call on Turkey to stop assisting these extremist groups in attacking the Armenian population of the region, and in cooperation with Kristalina Georgieva, EU Commissioner for International Cooperation, Humanitarian Aid and Crisis Response, to direct immediate humanitarian assistance to the displaced population of Kesab, currently sheltered in Latakia. What they need now is assistance and support – until they get on their feet again, and rebuild their villages, something that they already have done twice.

Given the urgency of the matter, we are ready to meet you, or other EU senior officials, any given moment, to discuss matters of humanitarian aid for Kesabtsis and Syrian Armenians in general.