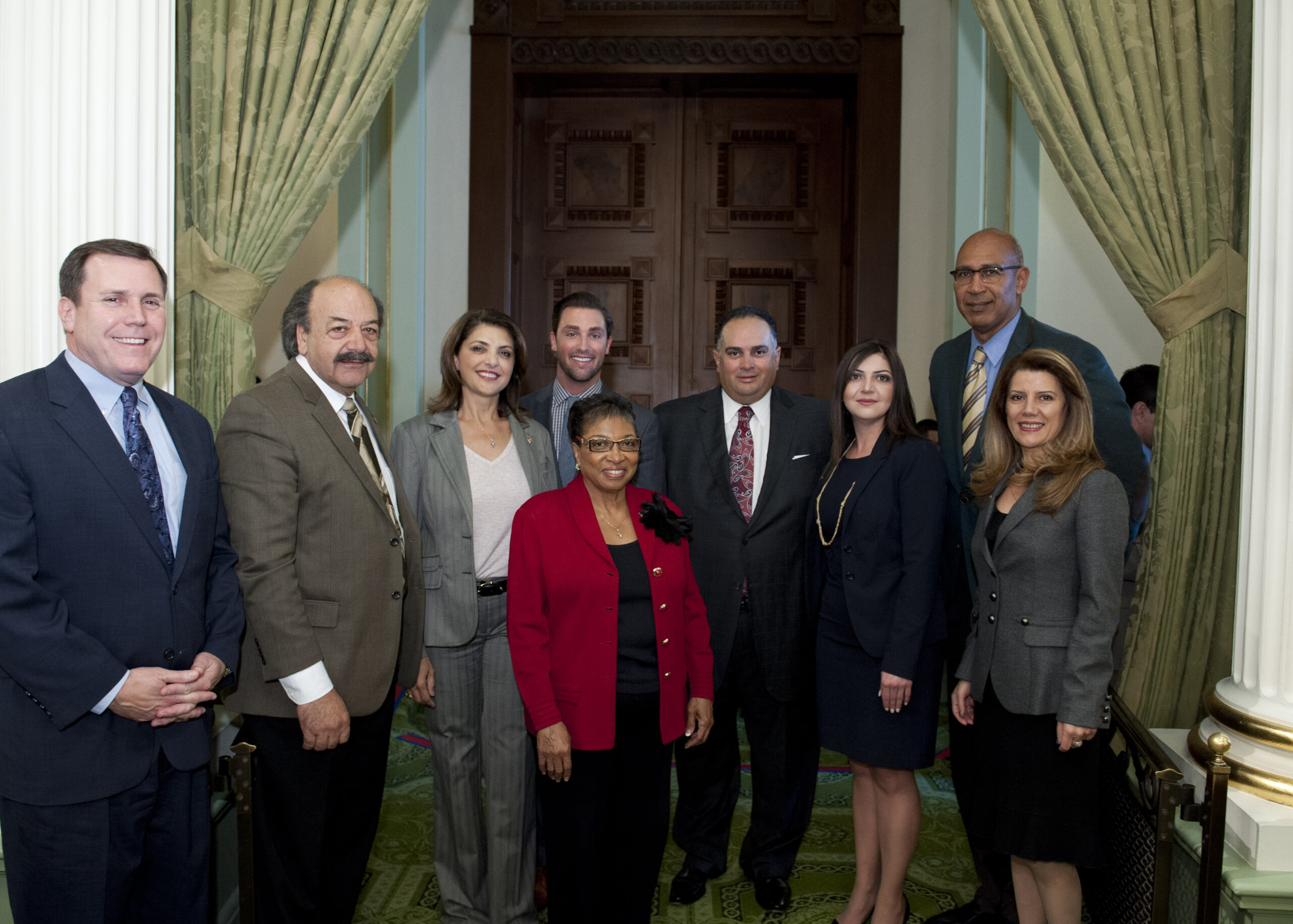 SACRAMENTO, CA – On April 24, 2014, the California State Assembly unanimously passed a resolution honoring and commending the extraordinary service of the Near East Relief and the American people who helped save over 132,000 orphans and provided humanitarian aid to the victims of the Armenian Genocide, reported the Armenian National Committee of America – Western Region (ANCA-WR).

“We were proud to witness the California State Assembly rise in honor of the monumental humanitarian efforts by the United States and the American people through the Near East Relief, which helped save the Armenian nation from annihilation and are grateful to Assemblymembers Ian Calderon and Scott Wilk for taking the lead and recognizing the efforts of ANCA WR’s ‘America, We Thank You’ campaign,” stated Elen Asatryan Executive Director of ANCA WR.

In his introductory remarks, Principal Author of AJR 41, Assemblymember Ian Calderon, provided historical background on the organization noting that the Near East Relief is the United States’ oldest Congressionally-sanctioned, non-governmental, humanitarian organization through which more than 1,000 American volunteers left their comfortable lives to travel across the world to contribute to the relief effort – saving over 132,000 orphans and 1 million refugees and raising and delivering over $117 million. He went on to explain that these efforts in California were led by public officials, including Mayor James Rolph, Jr. of San Francisco and Judge Curtis D. Wilbur, Chairman of the California State Committee. He concluded his remarks by highlighting the work of the ANCA WR’s “America, We Thank You: An Armenian Tribute to the Near East Relief” campaign, which was launched earlier this year to express their collective gratitude for helping them survive out of the ashes of destruction.

“California has always been at the forefront of protecting human rights and leading efforts to raise awareness about crimes against humanity. The “America, We Thank You” project is a thoughtful tribute to the Near East Relief and the thousands of Americans – including many Californians – who delivered unprecedented humanitarian assistance to the survivors of the Armenian Genocide of 1915. It is appropriate that today, 365 days from the 100th Anniversary of the Armenian Genocide, we recognize and remember this historic effort,” stated Assemblymember Calderon.

“I was honored to joint author AJR 41 to recognize the contribution of the Near East Relief organization who sustained Armenian and Assyrians during the Armenian Genocide,” stated Assemblymember Scott Wilk. “The Near East Relief effort saved the lives of more than 1 million refugees, including relatives of my wife, Vanessa Safoyan Wilk,” added Wilk.

Assemblymember Achadjian followed Assemblymember Calderon’s remarks to provide additional insight noting “The Near East Relief was created by President Woodrow Wilson and the American Ambassador to Turkey in 1915 in response to the ethnic cleansing of Armenians and Assyrians. It is a fitting tribute for us to take the time today, the actual Day of Remembrance for the Armenian Genocide, to remember an organization that saved the lives of so many and continues to do so today,” as he called on his colleagues to also support the resolution. Subsequently, Assemblymember Marc Levine joined Calderon and Achadjian in calling for support and recognizing the efforts of NER.

Immediately after, 72 CA Assemblymembers joined in as co-authors of the resolution then moved to unanimously pass the resolution. The vote was followed by a floor introduction of ANCA Western Region Executive Director Elen Asatryan, ANCA Western Region’s “America, We Thank You: An Armenian Tribute to Near East Relief” Committee Co-Chair Hermineh Pakhanians and Committee Member Arsho Beylerian for the organization’s efforts in spearheading the campaign.