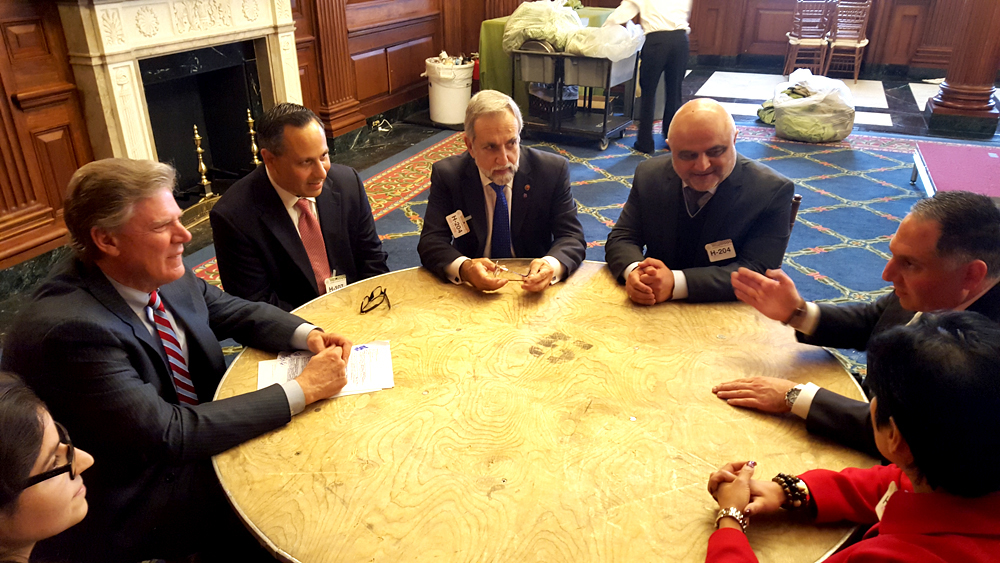 — More than 30 U.S. Representatives Call for $5 million in Aid to Karabakh; Over $40 million to Armenia; $10 Million for Syrian Armenians

“Friends of Armenia from across America thank Representatives Dold and Pallone – Co-Chairs of the Congressional Armenian Caucus – for their leadership in advancing a broad array of foreign aid priorities that advance U.S. interests, promote regional peace and stability, and strengthen the enduring bonds that have long connected the American and Armenian peoples,” said Aram Hamparian, Executive Director of the ANCA. “We are particularly encouraged by prospects for progress in supporting the Lady Cox Rehabilitation Center in Stepanakert, in suspending U.S. military aid to Baku, and in securing U.S. funding to help Armenia provide transition support to individuals from Syria who have found safe haven in Armenia.”

— Allocate at least $5 million in Fiscal Year 2017 for humanitarian and development programs in Nagorno Karabakh.

— Suspend U.S. military aid to Azerbaijan until its government ceases cross-border attacks, ends its threat of renewed war, and agrees to a settlement of regional conflicts through peaceful means.

— Close gaps in the distribution of need-based aid to at-risk minority populations in Syria, including Armenians; and, ensure the allocation to Armenia of a proportional level of U.S. and international aid supporting the efforts to regional states to resettle those fleeing from Syria.

— Target at least 10 percent of aid to Georgia to fund sustainable job-creation programs in the Samtskhe-Javakheti.

— Narrow the President’s waiver authority of Section 907 restrictions on U.S. assistance to Azerbaijan

The full text of the letter is available here:
http://anca.org/assets/graphics/2016/FY17_ArmenianCaucus_AidPriorities.pdf

Pro-Armenia advocates from across the U.S. traveled to Washington, DC on March 15/16 as part of the ANCA Fly-In for Peace, Prosperity and Justice to advocate for the Congressional Armenian Caucus’ Armenia aid priorities along with a series of other community concerns. Thousands of Armenian Americans also participated in online and call-in efforts organized by the ANCA in support of the initiative. Legislative Affairs Director Raffi Karakashian shared similar requests in the ANCA’s Congressional testimony available here:
http://anca.org/assets/graphics/2016/ANCA_FY2017_House_ForeignOps_Testimony.pdf

In February, President Obama issued his FY 2017 budget proposal, calling for a $22.412 million allocation in economic aid to Armenia – a 22% increase over last year’s request, but far less than the $40 million previously advanced by the ANCA and Congressional Armenian Caucus. The FY2017 request for Azerbaijan is $10,936,000. The White House’s proposal did maintain parity between Armenia and Azerbaijan in terms of appropriated military aid, with International Military Education and Training (IMET) assistance set at $600,000 and Foreign Military Finance (FMF) at $1,000,000. President Obama also requested $1,700,000 for International Narcotics Control and Law enforcement for Armenia.