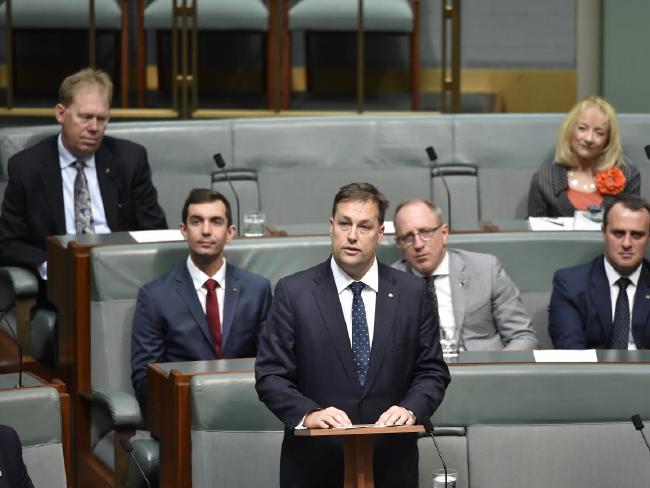 CANBERRA: Member of Australia’s Federal Parliament, Jason Falinski rose in the House of Representatives last week to deliver a statement in remembrance of the 10th anniversary of the assassination of Turkish-Armenian journalist, Hrant Dink.

The Member for Mackellar cited a March 2017 event he attended, organised by the Armenian National Committee of Australia (ANC-AU) and Armenian Missionary Association of Australia (AMAA), which honoured Dink, who was shot dead in front of his office in Istanbul after being charged for “insulting Turkishness” due to his reference to the Armenian Genocide.

“Hrant Dink dedicated his life to resolving Turkish-Armenian relations,” Falinski said. “He devoted his journalistic career to recognising the hardships of the Armenian people and attempting to establish reconciliation between cultures.”

“Despite enduring threats from extremists about his statements on the Armenian genocide, Hrant Dink continued to fight to defend human rights at all costs,” he added.

Falinski was touched by the address of Dink’s wife, Rakel Dink, who was a keynote at the Dink event.

“I was fortunate enough to hear Rakel Dink speak about her role as the President of the Hrant Dink Foundation and her commitment to continuing her husband’s legacy,” he said.

Falinski concluded: “Despite his tragic death, Hrant Dink will be remembered for his dedication and courage in defending human rights and pursuing justice.”

ANC-AU has thanked Falinski for remembering Hrant Dink and his sacrifices in the name of justice for the Armenian Genocide in Australia’s Federal Parliament.