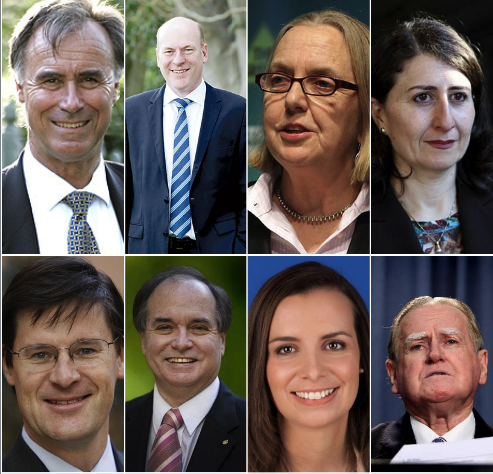 (ANC Australia) SYDNEY: The National Armenian Genocide Commemoration Evening on Sunday, April 24 will host supporters and friends of Armenian-Australians from both the Federal and NSW governments, who will gather with the community to honour and remember the over 1.5 million innocent victims of the first Genocide of the 20th Century.

The gathered will hear from Keynote Speaker, prominent Military Historian and Co-Author of the recently-published Armenia, Australia & the Great War, Professor Peter Stanley.

The Member for Bennelong, John Alexander OAM will be in attendance, continuing his full-fledged support to the cause of Federal recognition of the Armenian Genocide. Alexander has been vocal in raising the issues and concerns of the Armenian community in the Australian Parliament.

In recent weeks, he has been vigilant and attentive to the violent aggression by Azerbaijan upon the Armenians of the Republic of Nagorno-Karabakh, and has made a public statement regarding this.

The new Member for North Sydney, Trent Zimmerman will also be attending the Commemoration for the first time in his capacity as a Member of the Australian Parliament since taking over his seat from Joe Hockey, now Australia’s Ambassador to the United States.

On March 2, Zimmerman gave his maiden speech in Australia’s House of Representatives, calling on Turkey to recognise and atone for the Armenian Genocide.

Senator Lee Rhiannon will be joining the Commemoration. Rhiannon became the first Federal member of the Greens Party to declare support for formal acknowledgement of the Armenian Genocide, and has been a prominent advocate in the Greens ranks, making speeches in the Upper House of Parliament.

NSW Treasurer and prominent Armenian-Australian, Gladys Berejiklian will be in attendance representing the Premier of NSW, Mike Baird.

From the NSW Parliament, the Member for Davidson, Jonathan O’Dea, who is the Chair of the Armenian-Australian NSW Parliamentary Friendship Group, will be present to be a part of the remembrance.

O’Dea has been a champion for all issues and concerns of the Armenian community, and has continuously called on the Australian Government to recognise the Armenian Genocide. In recent weeks, he has also been vocal in condemning Azerbaijan’s aggression, and remembered the innocent victims of Sumgait.

Also joining Armenian-Australians on the night will be the Hon. Reverend Fred Nile MLC, Leader of the NSW Christian Democratic Party, who continues to pursue his party’s policy of full recognition of the Armenian Genocide by Australia. Rev. Nile famously introduced a Motion to the Legislative Council, recognising the Armenian, Assyrian and Greek Genocides. This motion was passed unanimously. Rev. Nile is also a member of the Parliamentary Friendship Group.

The Hon. David Clarke MLC will also be in attendance. He has been a long time supporter of Armenians, advocating for recognition of the Armenian Genocide by the Federal Government and has also travelled to Armenia with other members of the Parliamentary Group.

Also in attendance will be the Hon. Courtney Houssos MLC from the NSW Upper House and member of the Parliamentary Friendship Group.

Arin Markarian of the organising Armenian Genocide Commemorative Committee said: “It is great to see our good friends join us on this very important occasion to remember and honour those 1.5 million innocent lives that perished during the Armenian Genocide.”

“It is with their continued support, that we will one day finally see Australia recognise the Armenian Genocide, like other countries have.”

The National Armenian Genocide Commemoration Evening will take place at The Concourse in Chatswood from 7pm on Sunday, April 24th.

The Melbourne Armenian Genocide Commemoration Evening will take place on Satuday, April 23rd from 6pm at the Mazenod College (5 Kernot Avenue, Mulgrave). The Keynote Speaker will be the other Co-Author of Armenia, Australia & the Great War and prominent researcher at the Australian Institute for Holocaust and Genocide Studies, Vicken Babkenian.

The Armenian-Australian communities of Sydney and Melbourne have organised the following events to mark the occasion of the 101st Anniversary of the Armenian Genocide: