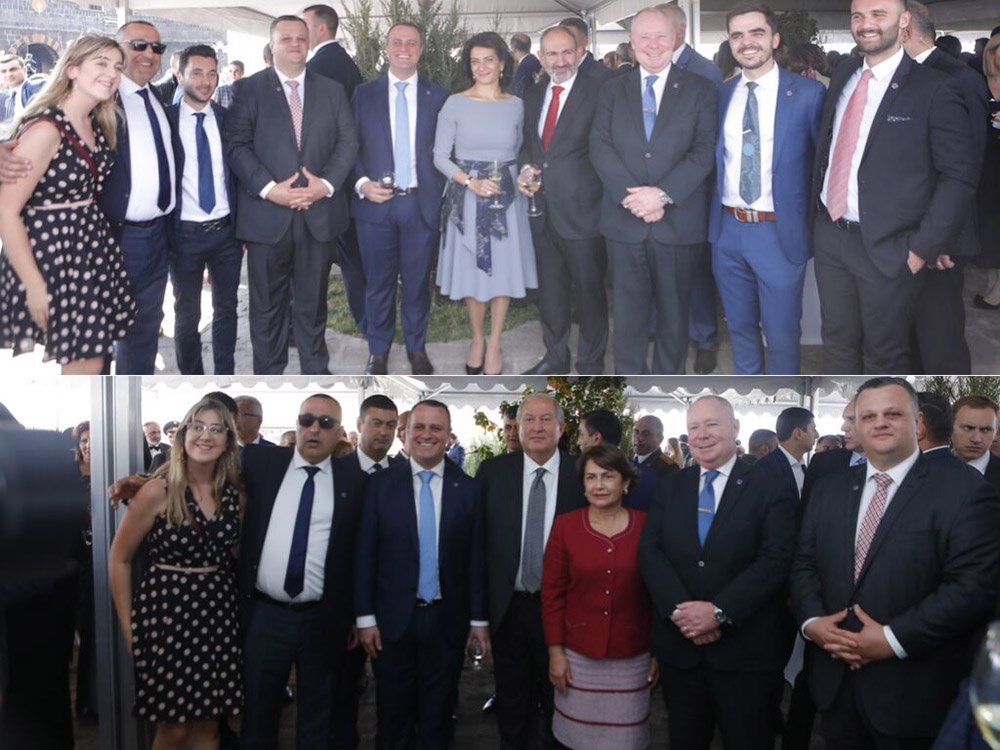 The first Federal-led Australian delegation to Armenia, which is organised by the Armenian National Committee of Australia (ANC-AU), visited Gyumri – Armenia’s second-largest city, to attend formal independence day celebrations at the invitation of Prime Minister Pashinyan.

Following formal proceedings, which included an address by Prime Minister Pashinyan, the delegation were hosted at a cocktail reception where they had the opportunity to speak with the nation’s political leaders.

ANC-AU Executive Director Haig Kayserian revealed: “Prime Minister Pashinyan and President Sarkissian both welcomed the delegation, which included early arrivals Mr. Wilson and Dr. McDermott, who in turn promised to do their utmost to strengthen the countries’ ties.”

The delegation shared a toast with the Prime Minister and the President and touched on the importance of strengthening ties between Armenia and Australia.

In addition to the President and Prime Minister, the delegation also met several important dignitaries.

This was the second day of the delegation’s program of formal meetings and followed the meeting with Foreign Minister Zohrab Mnatsakanyan on the 20th of September.