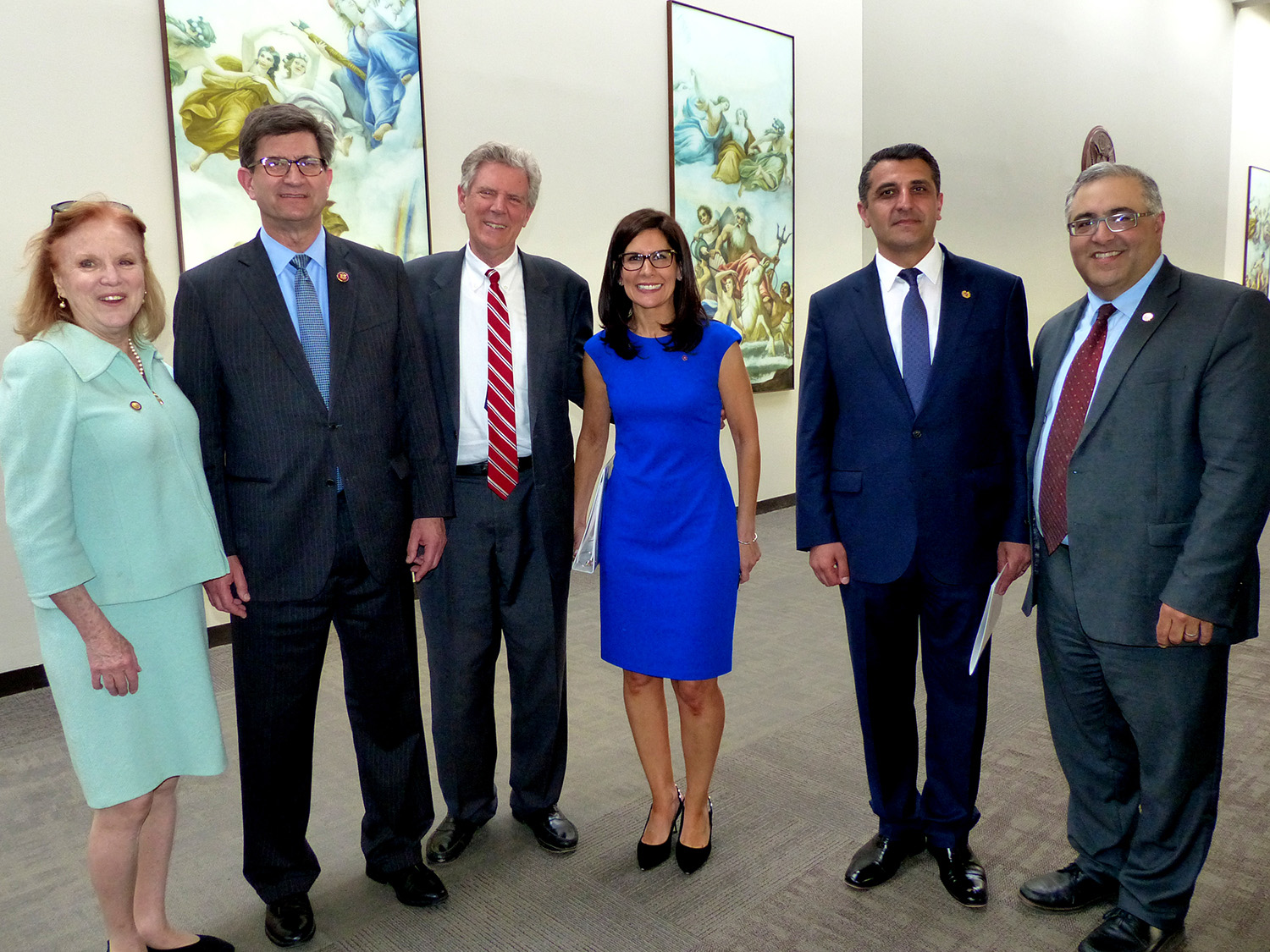 This year’s remembrance, held on the top floor of the U.S. Senate’s iconic Hart building, focused, in large measure, on newly introduced Armenian Genocide legislation in both the House and Senate. These measures aim to establish – as a matter of official policy – that the United States is committed to the ongoing commemoration of the Armenian Genocide, forthrightly rejects any and all forms of its denial, and encourages public education regarding the facts and lessons of this crime. The Senate version was introduced today by Senator Robert Menendez (D-NJ) and Ted Cruz (R-CA), along with 14 of their Senate colleagues. The House version of the measure, H.Res.296, was introduced yesterday with 76 original cosponsors.

“We want to thank the Congressional Armenian Caucus, our community leadership, and coalition partners, for a strong showing of both grassroots and legislative support for ending Turkey’s gag-rule against honest American remembrance of the Armenian Genocide,” said ANCA Executive Director Aram Hamparian.  “We look forward to working with all our allies to secure the adoption of the Armenian Genocide Resolution in both the Senate and the House.”

The Mistress of Ceremonies for the Capitol Hill Armenian Genocide commemoration was veteran Capitol Hill staffer Elise Kenderian Aronson.  Joining Congressional leaders in offering remarks were His Excellency Varuzhan Nersesyan, Ambassador of Armenia to the U.S., His Excellency Robert Avetisyan, Republic of Artsakh Representative to the U.S., former U.S. Ambassador to Armenia John Evans, and Maria Martirosyan, the Co-Chair of the Congressional Armenian Staffers Association.  Joining in the solemn commemoration was Maryland General Assembly delegate Lorig Charkoudian.  His Eminence Archbishop Anoushavan Tanielian, Prelate of the Armenian Apostolic Church of Eastern U.S., offered a moving invocation for the evening, while His Eminence Archbishop Vicken Aykazian, Legate of the Diocese of the Armenian Apostolic Church of the Eastern U.S.,  offered the closing prayer.  Homenetmen Armenian Scout Troup #1918 was among the broad cross-section of Armenian American community organizations in attendance at the annual commemoration program, which also included the participation of Fr. Sarkis Aktavoukian, pastor of the Soorp Khatch Armenian Apostolic Church of Bethesda, Maryland and parishioners from area churches, including St. Mary’s Armenian Apostolic Church.