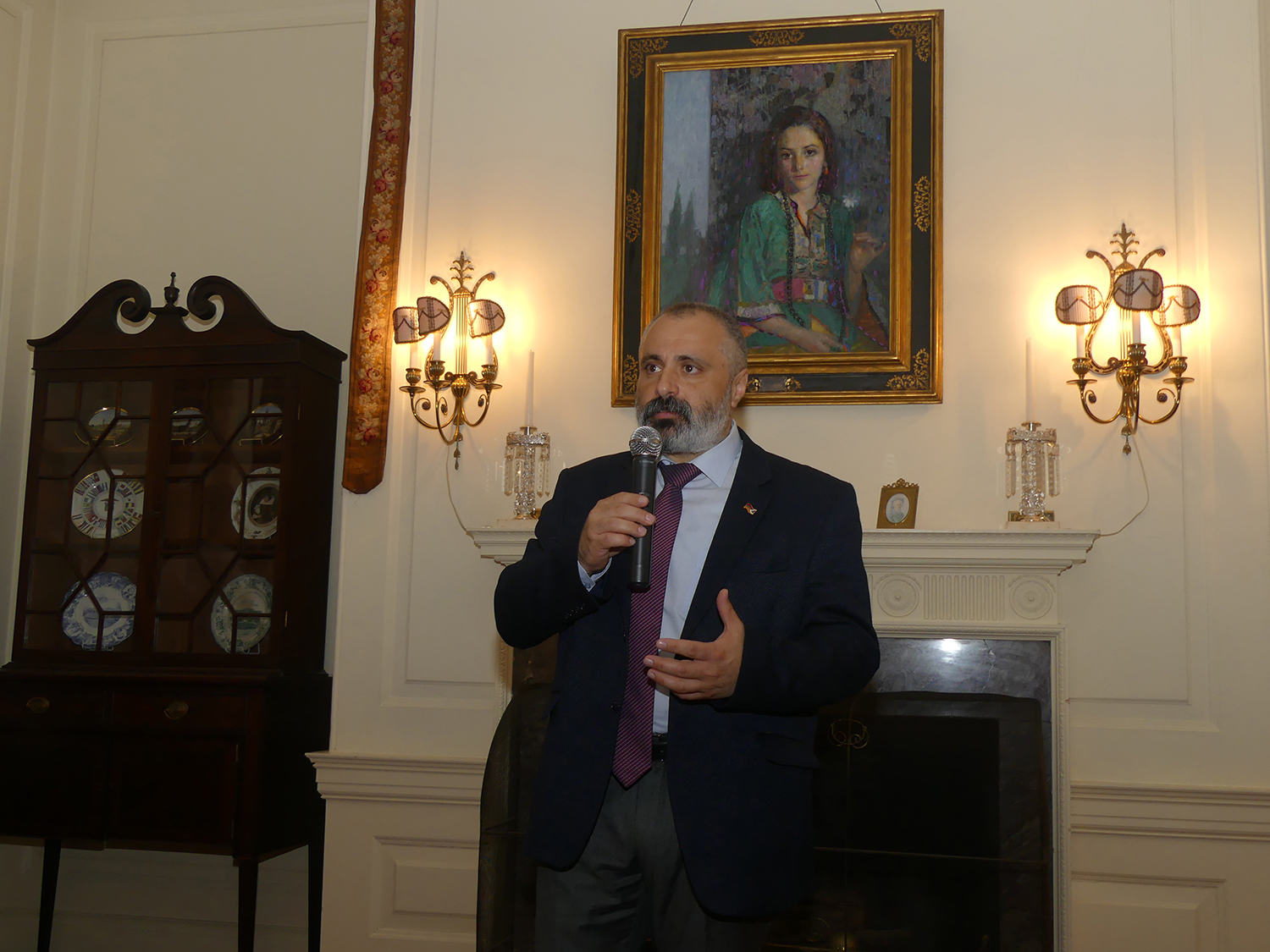 Artsakh Republic Foreign Minister Davit Babayan, in an address that spoke to global diasporan and diplomatic support for Artsakh’s security and sovereignty, invoked the legacy of President Woodrow Wilson and his concern for “the fate of small nations – nations under the threat of extermination.”

It followed a day-long strategic dialogue with ANCA leaders, from across the United States, gathered in Washington, DC for the ANCA’s Federal Policy Seminar. Foreign Minister Babayan will, on Monday, begin a three-day series of Congressional consultations, think tank briefings, university lectures, media interviews, church visits, and community meetings. He will offer keynote remarks on Monday, September 19th at the Capitol Hill Salute to Artsakh’s Independence, a community event on Capitol Hill that is being organized in cooperation with the Congressional Armenian Caucus.

The historic Woodrow Wilson House, a museum honoring the U.S. President who championed efforts to secure a US mandate to support the Armenian Republic in 1918, served as a fitting setting for the Minister’s address. He was joined in speaking by Artsakh Deputy Minister of Culture, Education, Science, and Sports Lernik Hovanessian and international human rights lawyer Siranush Sahakyan.

Born in Artsakh’s capital Stepanakert, Babayan has served as Foreign Minister of the Republic of Artsakh since January, 2021. Prior to that, he has held positions in government ministries of the Artsakh Republic including the Ministry of Foreign Affairs (2000 – 2001); the Presidential Planning Group (2001 – 2015); Assistant to the President (2005 – 2007); Head of the Central Information Department of the Office President (2007 – 2021).  He founded and currently leads the “Artsakh Conservative Party.”

Babayan has received a degree in economics from the Yerevan Institute of National Economy, and master’s degrees from American University of Armenia and the Central European University (Budapest). He holds a doctorate in historical science from the Armenian National Academy of Sciences Institute of Oriental Studies. He has authored more than 300 articles and monographs of scientific research in the areas of the Azerbaijan – Artsakh (Karabakh) negotiations, Caucasus geopolitics, great power competition and Chinese geopolitics.