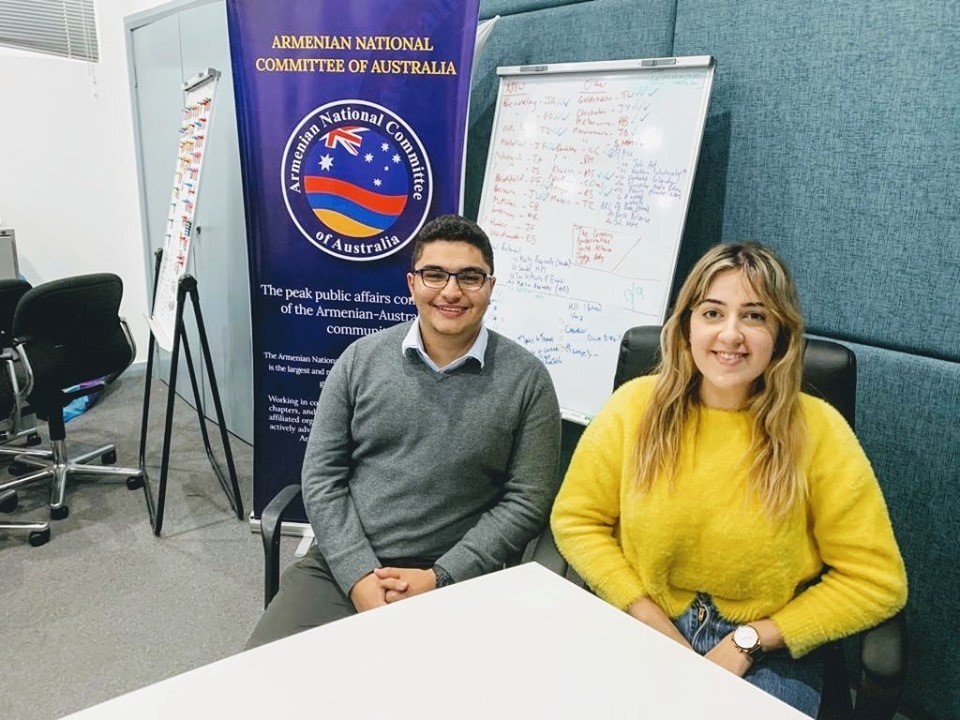 SYDNEY: The Armenian National Committee of Australia has announced that Sarine Soghomonian and Mathew Alexanian Mikhail have formally begun their duties as Administrative Assistants at the Armenian-Australian community’s peak public affairs body.

Both of these part-time additions to the ANC-AU team participated in the organisation’s Youth Advocates program in Canberra last year.

“We are fortunate to work with some unbelievable young Armenian-Australians in the Armenian National Committee,” said ANC-AU Executive Director, Haig Kayserian. “We are excited that Sarine and Mathew will follow in the footsteps of the likes of Olivia Dilanchian, Michael Kolokossian and Alex Galitsky.”