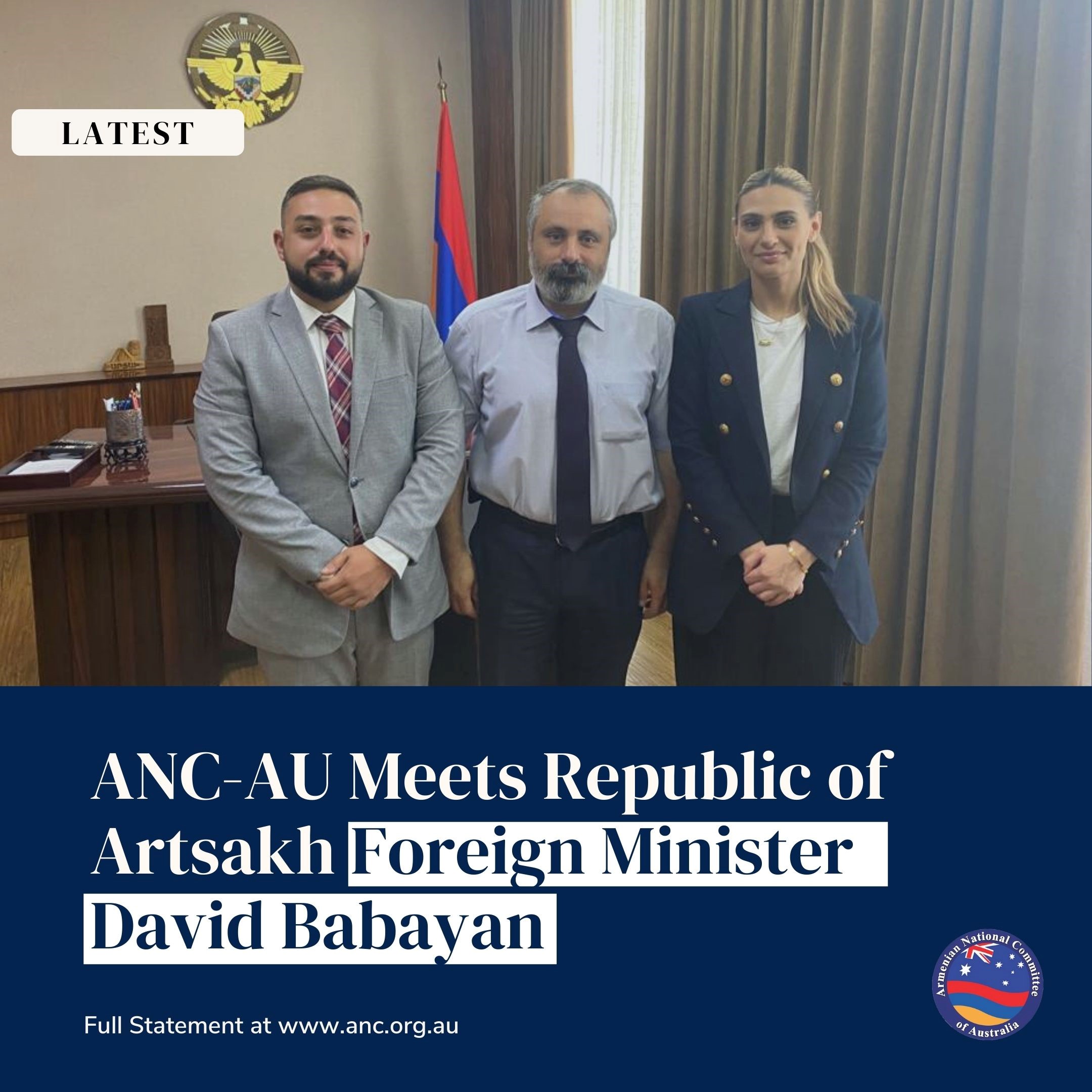 Representatives from the Armenian National Committee of Australia (ANC-AU) are currently in the Republic of Artsakh, where they have met with the country’s Foreign Minister, His Excellency David Babayan.

The newly appointed Executive Director of the ANC-AU, Michael Kolokossian and ANC-AU National Board Member, Garineh Torossian met with Mr. Babayan at the Ministry of Foreign Affairs offices in Stepanakert, accompanied by a representative of the ANC in Artsakh, Gev Iskajyan.

Babayan briefed the ANC-AU on the most recent developments regarding continued terrorisation of Artsakh’s indigenous Armenians by invading Azerbaijani forces, details on the Russian peacekeeping mission, the status of  foreign relations across the region and coordinated efforts with Armenian National Committee offices globally to support the people’s rights to self-determination of the Republic of Artsakh.

Babayan thanked the Armenian National Committees across the globe, including in Australia, for their coordinated efforts in supporting the Republic of Artsakh’s right to self-determination, and for undertaking activities to preserve the people of Artsakh’s universal and inalienable rights to live on their lands freely.

Kolokossian reciprocated by expressing the Armenian-Australian community’s appreciation for the heroic people of the Republic of Artsakh.

“What we do pales in comparison to our heroes here in Artsakh, who continue to stay close to their ancestral homes in anticipation the world will wake to the injustices they continue to suffer and deliver what’s right,” said Kolokossian.

“We were ecstatic to be alongside our brothers and sisters in Artsakh, to meet the country’s foreign minister, and to assert that the Armenian National Committee movement will not stop until justice is achieved for the Republic of Artsakh,” Kolokossian added.

Kolokossian and Torossian will have further meetings across Artsakh and Armenia during their visit.