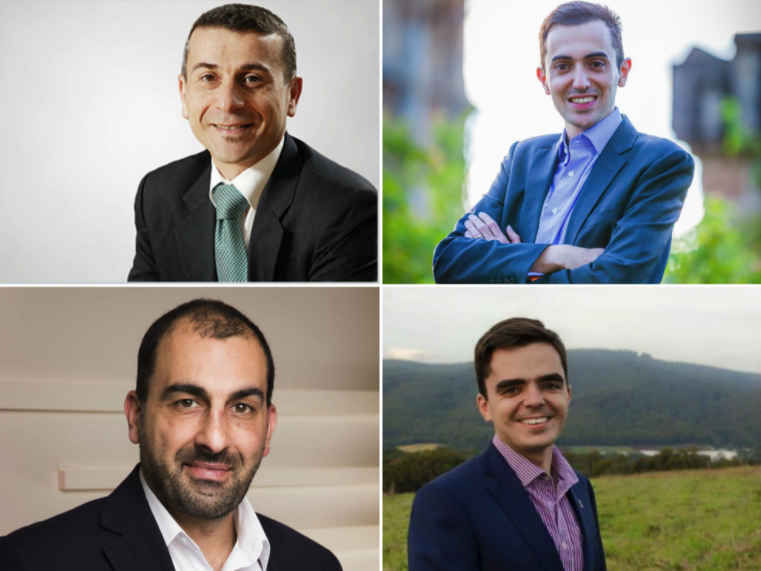 Armenian National Committee of Australia announces changes to National Board

SYDNEY: The Armenian National Committee of Australia (ANC-AU) has announced Khajaque Kortian as its new Chairman among a series of changes to its National Board to prepare the organisation for its advocacy activities in 2018.

Kortian will be joined in leadership by the former Executive Director of ANC-AU, Vache Kahramanian, who has assumed the role of Vice-Chairman. Greg Soghomonian remains as the organisation’s Honorary Chairman, taking on the tasks of mentoring and liaising with Partners to ensure their greater input and guidance of ANC-AU activities.

In additional changes, Sassoon Grigorian has joined the National Board, while Hovig Melkonian returns to the team after a period of absence while he contested the 2016 Federal Election in the Victorian seat of Casey.

The new Chairman, Khajaque Kortian is a legal practitioner, specialising in Intellectual Property Law, in particular litigation and conflict resolution.

He has been involved in public advocacy for human rights issues and Armenian-Australian Community affairs for many years and was already a member of the National Board, having re-joined in 2015 after a prior stint of more than 20 years.

Kortian was one of the founding committee members of the Macquarie University Centre for Comparative Genocide Studies, now known as the Australian Institute for Holocaust & Genocide Studies, with which he is still involved. He also serves on the Armenian Legal Centre for Justice & Human Rights, the Washington D.C.-based organisation, which fights to legally redress human rights violations emanating from the Armenian Genocide that continue to this day.

Vache Kahramanian is also a current National Board member. A chartered accountant by qualification, he currently leads a private retail enterprise with four franchises under his management. Kahramanian served as Executive Director of ANC-AU for four years until 2015, before assuming the role of Managing Director before this appointment as Vice-Chairman.

Sassoon Grigorian is a leading public policy professional in the technology space, and worked for global businesses such as Microsoft Corporation, eBay, PayPal, and currently leads Government Affairs for ANZ and SE Asia for Salesforce, the world’s fourth largest enterprise software company.

Grigorian has previously served as an adviser in Government to a former NSW Premier, and brought his participation on numerous industry boards and associations, while previously serving on the ANC-AU National Board and Galstaun College’s Board of Management. Grigorian is author of “Smart Nation: A Blueprint for Modern Armenia”.

He has also served in the National Union of Students as National Welfare Officer, as an RMIT University Council Member and as President of the RMIT University Student Union. As previously mentioned, Melkonian rejoins the National Board of ANC-AU after taking leave to contest the federal seat of Casey as the Australian Labor Party candidate at the 2016 general election.

“I would like to congratulate Khajaque and Vache on their new role, and welcome the arrivals of Sassoon and Hovig to our National Board,” Soghomonian said.

“Along with our existing board members, including Taleen Shamlian, Hratch Loussikian, Garineh Torossian and Stephen Abolakian, as well as our Office Administrative Assistants, Michael Kolokossian and Olivia Dilanchian, we are on our way to building the most dynamic team of advocates for Armenia and Armenian interests in Australia.”

Kortian said: “It is a privilege to be chosen to Chair such a distinguished group of professionals, who will lead the battle for justice for the Armenian Genocide, the right to self-determination for the Armenians of the Republic of Artsakh and Armenian-Australian community interests in the hallways of Parliaments across Australia.”

“In coming days, we will be making another major announcement when we reveal the new Executive Director of the Armenian National Committee of Australia,” Kortian added.