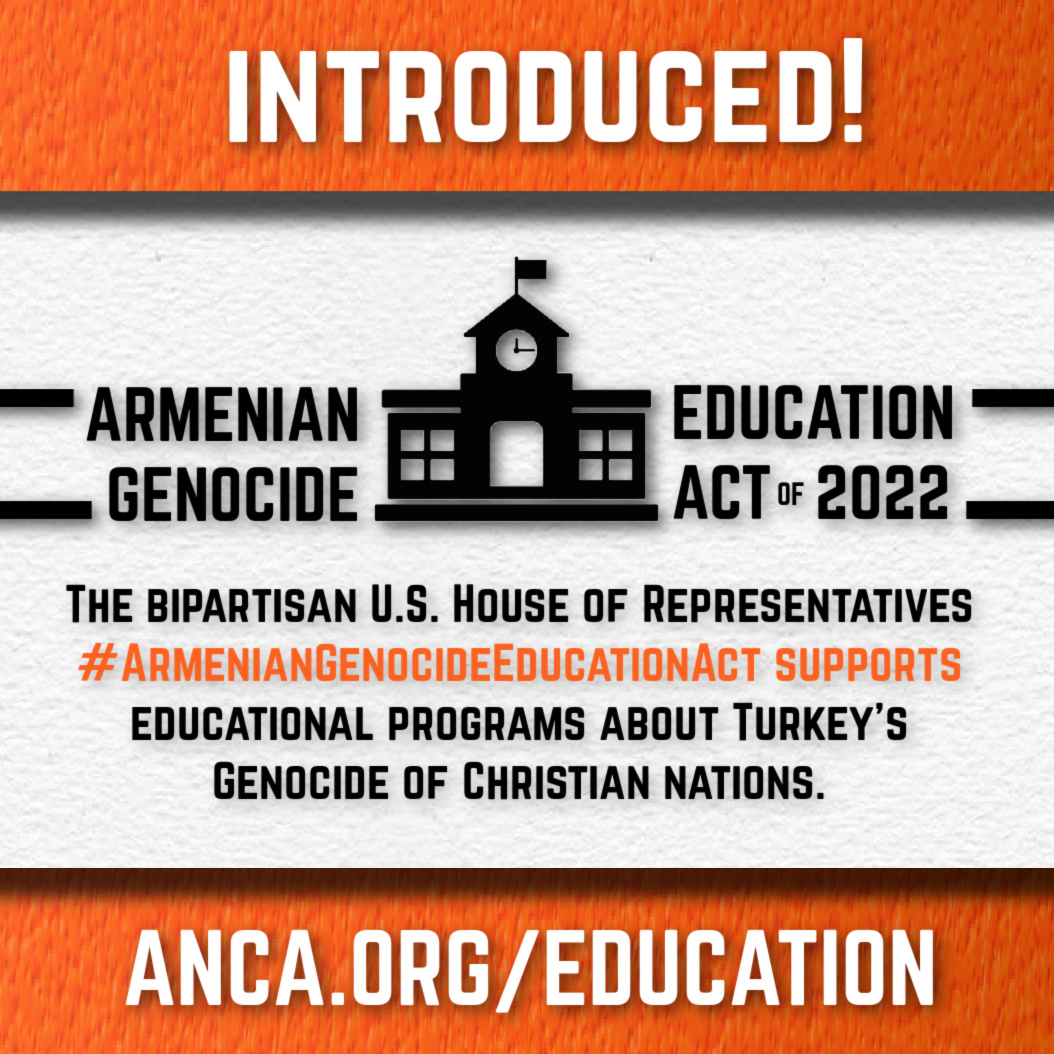 “As the saying goes, if we do not learn from history, we are doomed to repeat it,” said Congresswoman Maloney. “That is why I am proud to introduce the Armenian Genocide Education Act to teach the horrors and lessons of the Armenian Genocide accurately and effectively. Both chambers of Congress voted with overwhelming bipartisan majorities to officially recognize the Armenian Genocide, and last year President Biden made it clear that it is the official position of the United States that these systematic killings were genocide. It is imperative that we now ensure Americans have access to the resources they need to learn and teach about this atrocity.”

Rep. Bilirakis concurred, noting, “our darkest moments as a human race have come during times when those who knew better stood silently, making excuses for passivity and allowing injustice and persecution to reign. We must acknowledge the atrocities of the past so that we might hopefully prevent them in the future. One of the best ways to achieve this goal is through education and awareness, which is why I am proud to co-introduce the Armenian Genocide Education Act with Carolyn Maloney.”

This landmark legislation, introduced on the eve of the international commemoration of the Armenian Genocide on April 24th, seeks to provide $10 million in funding over five years for the Library of Congress to educate Americans about Ottoman Turkey’s systematic and deliberate state-sponsored mass murder, national dispossession, cultural erasure, and exile of millions of Armenians, Greeks, Assyrians, Chaldeans, Syriacs, Arameans, Maronites, and other Christians, between 1915 and 1923.

“With White House and Congressional recognition of the Armenian Genocide secured – we must now ensure that America’s school children are taught about the historical lessons and present-day consequences of this crime against Armenians, Greeks, Assyrians, Chaldeans, Syriacs, Arameans, Maronites, and other Christians,” the ANCA Chairman added.

“The ANCA looks forward to working with Congresswoman Maloney, Congressman Bilirakis, and their growing bipartisan list of Congressional cosponsors to advance this timely measure. We are committed to challenging genocide denial at every turn, with the clear goal of securing a just resolution for all the victims of Turkey’s crimes – past and present,” concluded Hamparian

Building upon the 2019 passage of H.Res.296 and S.Res.150 – which specifically rejected any official U.S. association with Armenian Genocide denial – and President Biden’s recognition of the Armenian Genocide in 2021, the Armenian Genocide Education Act seeks to counter discourse and propaganda that claims that Ottoman Turkey’s systematic and deliberate state-sponsored mass murder, national dispossession, cultural erasure, and exile of millions of Christians between 1915 and 1923 did not take place.

“Remember the Armenian Genocide and all genocides. Remember with caring and protest. We cannot bring back our victims, but we can honor them by pledging to human history that we will oppose any and all genocidal murders of peoples and cultures. Preventing genocide – including to our enemies – is our true memorial,” stated genocide studies pioneer Dr. Israel Charny, upon introduction of the Armenian Genocide Education Act.