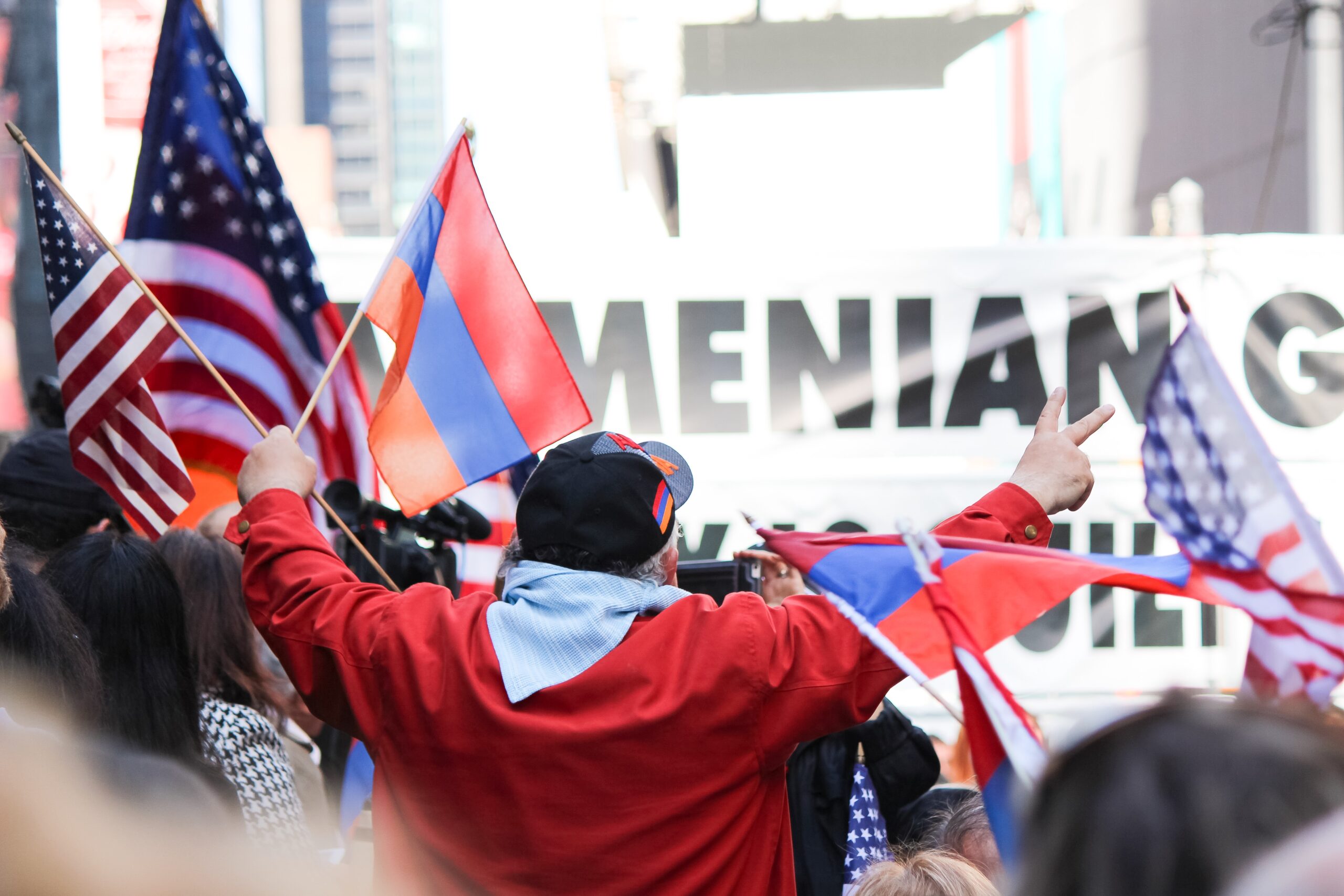 (ARMENIAN WEEKLY) NEW YORK—Thousands will gather in New York’s Times Square (43rd St./Broadway) to commemorate the 102nd anniversary commemoration of the Armenian Genocide On April 23, 2-4 p.m. In recognition of Genocide Awareness Month in April, Holocaust Remembrance Day will also be commemorated, along with other genocides committed in contemporary history.

This powerful event, free and open to the public, will honor the 1.5 million Armenians who were massacred by the Young Turk Government of the Ottoman Empire and the millions of victims of genocide worldwide. Speakers will include well-known artists, politicians, academics and humanitarians. Dr. Rachel Goshgarian, Professor of History at Lafayette College and Armen McOmber, Esq. will preside over the program. The theme of this year’s commemoration is “Turkey is Guilty of Genocide: Denying the Undeniable is a Crime.”

Photo: Thousands gathered in Times Square in 2016 to commemorate the 101st anniversary of the Armenian Genocide (Photo: Anahid Kaprielian)