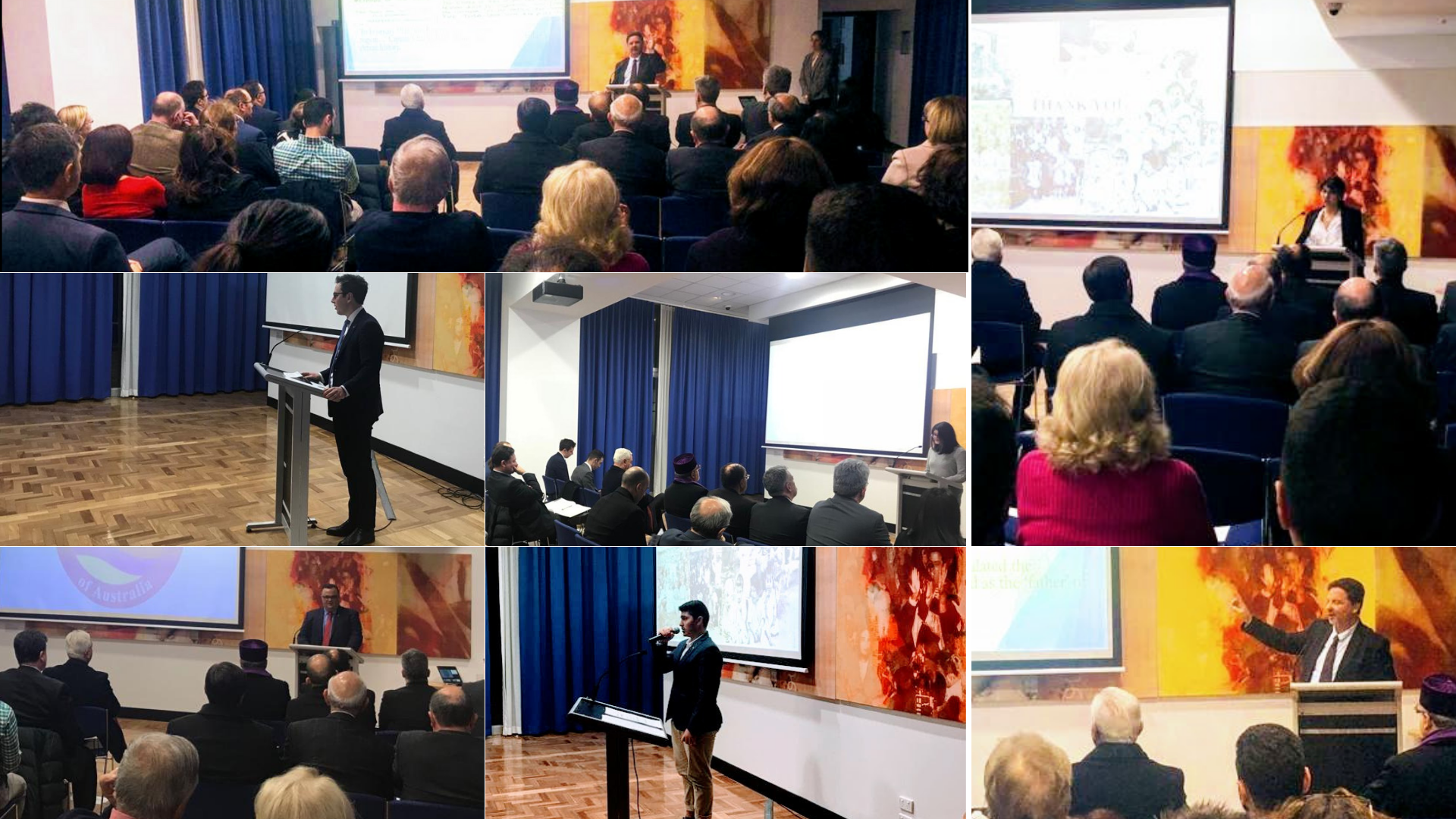 The event, organised by the Armenian National Committee of Australia – Canberra Branch (ANC-AU Canberra Branch), was held at the Australian Capital Territory (ACT) Legislative Assembly’s Reception Hall and attracted over 50 guests. They included ACT parliamentarians, representatives from embassies and government departments, as well as NGOs, Jewish, Greek, Cypriot and Armenian organisations along with academics and media.

Diamadis’s keynote underlined that the recognition of the Genocides of Armenians, Greeks and Assyrians constitutes payment of due honour and respect to the Anzacs and other Australians and New Zealanders who sacrificed money, food, clothing, raw materials, sometimes even their lives, to rescue oppressed people.

ANC-AU Canberra Branch Chair, Dr. Diana Antonosyan was the MC, who welcomed guests before an Acknowledgement of Country was delivered by Sarine Soghomonian. The Primate of the Armenian Apostolic Church of Australia & New Zealand, His Eminence Archbishop Haigazoun Najarian began with opening prayer, before Galstaun College student, Hagop Levonian performed a rousing rendition of ‘Bid Bashdbanem’.

Armenian-Australian filmmaker Shahane Bekarian’s ‘Boghos Tavrayan Testimony’ left the gathered in tears, while ANC-AU Executive Director Haig Kayserian closed proceedings with his words of thanks, where he stated that “only justice will cure the wounds of the Armenian Genocide”.