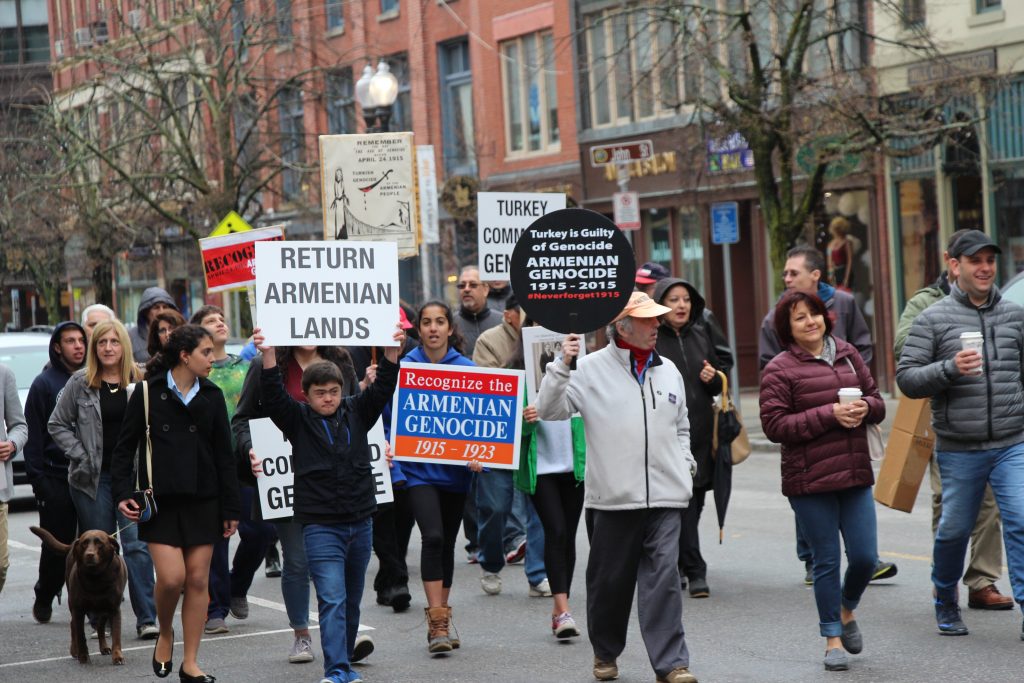 LOWELL, Mass.—The 102nd anniversary of the Armenian Genocide was commemorated in Lowell on April 22, with a procession through downtown Lowell and the raising of the Armenian flag at Lowell City Hall.

Proclamations were presented by Lowell Mayor Edward Kennedy and Patrick Kenney, representing U.S. Congresswoman Niki Tsongas. Dr. Ara Jeknavorian, the Master of Ceremonies, expressed the gratitude of the Armenian Community: “The Armenian National Committee especially extends its heartfelt appreciation to the City of Lowell for once again providing the Armenian community the opportunity to proudly express its Armenian Heritage, and honor its holy Armenian Martyrs.”

The program concluded with the raising of the Armenian Flag at Lowell by AYF and ACYOA members during the singing of the Armenian National Anthem. A reception followed at the Lowell Mayor’s Reception room hosted by the Armenian Relief Society (ARS) Lowell “Lousintak” chapter and Sts. Vartanantz Women’s Guild with a music interlude provided by Datev Gevorkian on the oud and Ara Jeknavorian on the clarinet.