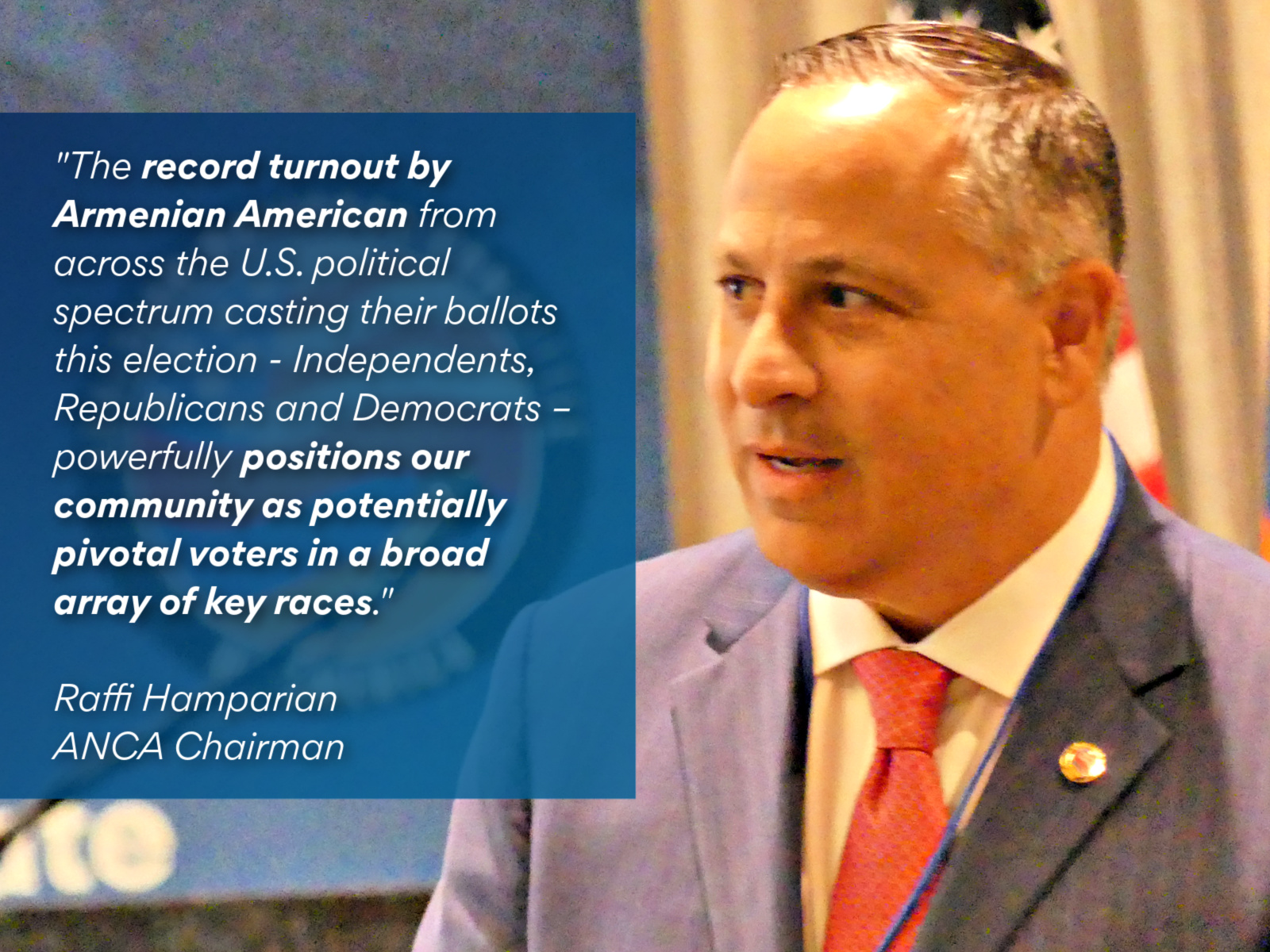 Armenian Americans across the United States are positioned to play a decisive role in the 2022 mid-term elections – generating record turnout in support of friends and opposition to foes running in hotly contested races from Pennsylvania and California to Florida and Michigan and Massachusetts.

“The record turnout by Armenian Americans from across the political spectrum – Independents, Republicans, and Democrats – casting their ballots this election positions our community as potentially pivotal voters in key races across the country,” said ANCA Chairman Raffi Hamparian. “Our political diversity represents a core strength for our community, as is our tradition of crossing party lines when Artsakh’s survival and Armenia’s security are at stake.”

The ANCA is working in House districts and state-wide Senate races across the country. In terms of U.S. Senate elections, the ANCA is prioritizing the defeat of Dr. Mehmet Oz (R) by John Fetterman (D) in the race to fill the seat vacated by retiring Senator Pat Toomey (R-PA). Oz is a dual Turkish citizen who has served in the Turkish army, voted in Turkish elections, taken millions from Turkey’s state airline, is closely associated with Turkey’s President Recep Erdogan, and refused to recognize the Armenian Genocide. Fetterman, for his part, has endorsed recognition of the Armenian Genocide and called for increased public education about this crime. The race is among the tightest in the nation. The ANC of Pennsylvania has actively campaigned against Dr. Oz in both the Republican primary and the general election – including through two recent rallies at Oz’s headquarters and outside the Oz-Fetterman debate.

The ANCA is also working hard to re-elect Senator Marco Rubio (R-FL), who has championed pro-accountability legislation condemning Baku’s aggression and cutting off U.S. military aid to Azerbaijan. As a member of the Foreign Relations Committee, Senator Rubio has partnered with the panel’s Chair, Senator Bob Menendez (D-NJ), on a range of ANCA-backed initiatives. The Sunshine State’s Senate race is viewed as competitive and possibly pivotal in terms of which party will control the Senate.

In the Commonwealth of Virginia, ANCA has endorsed U.S. Rep. Abigail Spanberger (D-VA) in a hotly contested race due to her strong support for a broad array of Armenian American policy priorities and longstanding ties to the local Armenian American community. In California, ANCA endorsed candidate Congresswoman Young Kim (R-CA), who represents Armenian Americans residing in Orange County, is vying for a second term in a competitive election. In Ohio, the Chair of the Turkish and Azerbaijani caucuses, Rep. Steve Chabot (R-OH), is facing a very challenging re-election campaign in a newly drawn Congressional district.

All told, across the United States, the ANCA has endorsed 88 House and Senate candidates who have earned Armenian American support through their concrete actions in support of our community’s policy priorities.

The full list of ANCA endorsements is available at: https://anca.org/anca-congressional-endorsements-2022/