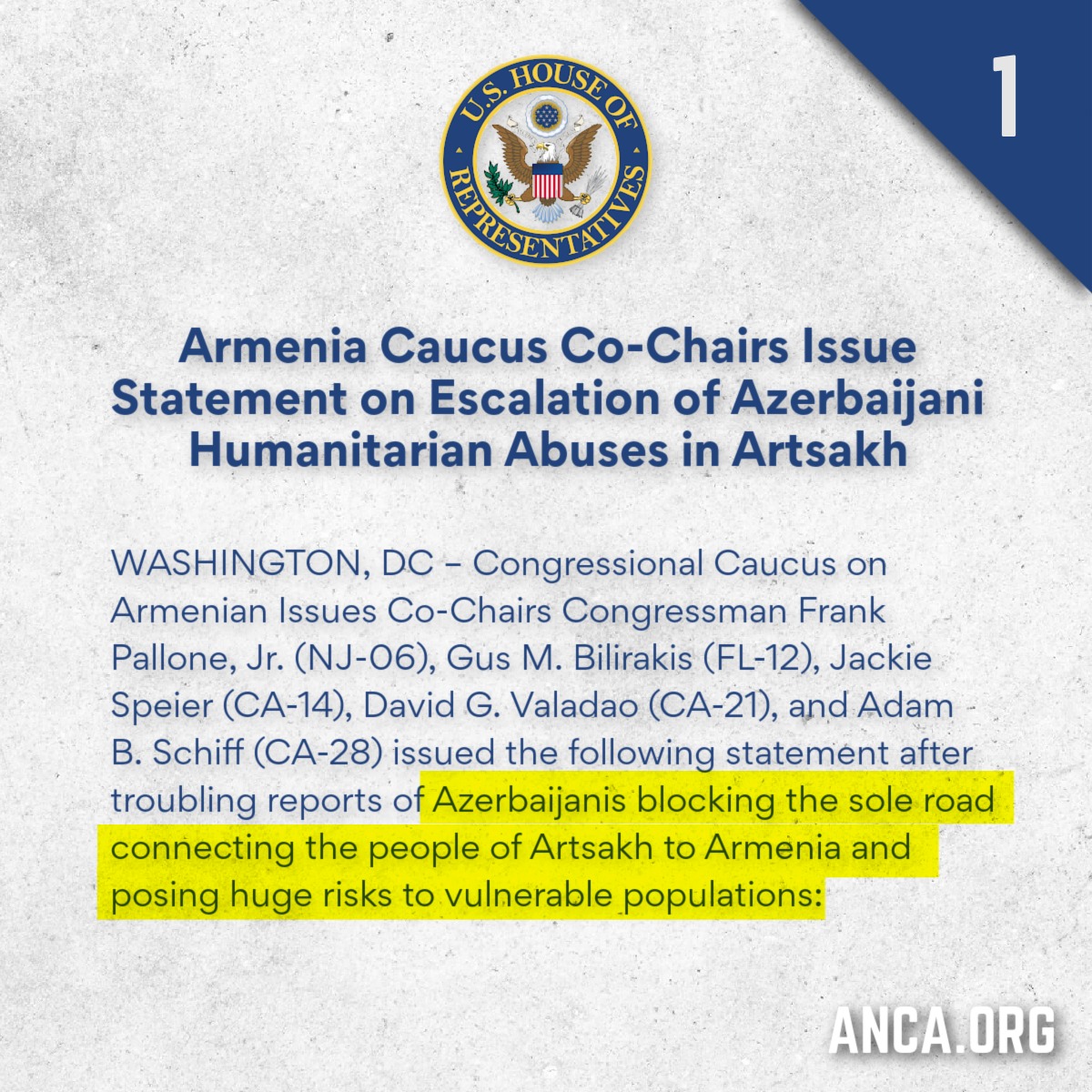 “We condemn the aggressive actions taken by Azerbaijan in Nagorno Karabakh. It is disturbing that the only time the people of Azerbaijan are allowed to freely protest is when it threatens the lives of Armenians. Their blockade of the Lachin Corridor appears coordinated and intended to shut off the only remaining supply route for much of Artsakh’s food, medical supplies and transport, and other essential goods, not to mention further restrict the people of Artsakh’s freedom of movement. Additional reports allege that Azerbaijan has also shut off one of the major sources of natural gas for civilians in the territory, potentially leaving tens of thousands without heating as temperatures plummet, much like it did earlier this year in March.

“The shutting down, or even the threat of shutting down, of these vital lifelines by Azerbaijan is once again weaponizing critical infrastructure and manufacturing a humanitarian crisis for Armenians living in Nagorno Karabakh. This follows a well-documented pattern of abuses against the Armenian people that is motivated by the bombastic rhetoric of the Aliyev regime to dehumanize them. We urge the United States and our European partners to use every diplomatic tool at their disposal to halt this clearly fabricated crisis created by Azerbaijan, bring Aliyev back to the negotiating table through the OSCE Minsk Group and other multilateral peace processes, and ensure that the people of Artsakh are included in these discussions.”