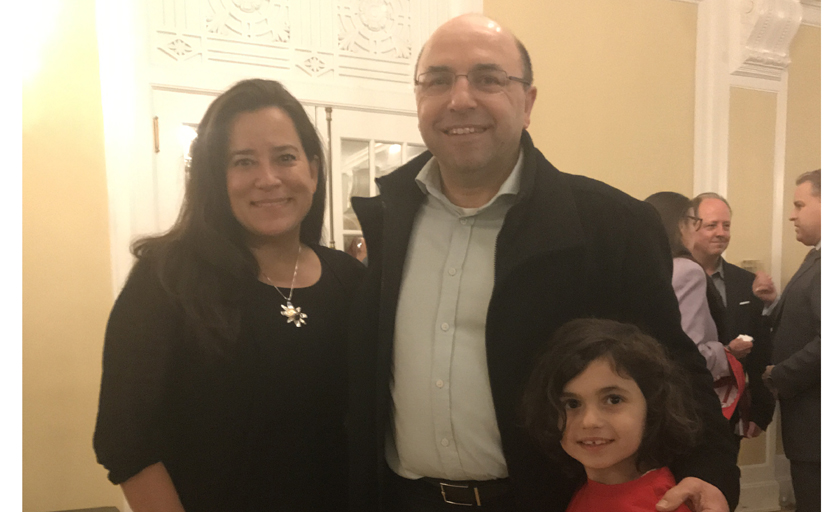 Over 300 supporters listened to Mrs. Wilson-Raybould speak about why she ran for office and how she loved her work as an MP and a Cabinet Minister.

She also described her feelings of what has happened in her political life over the past few weeks.

Mr. Deragopian expressed his appreciation for Canada’s increasing engagement with Armenia, including the recent state visit of Prime Minster Trudeau after the La Francophonie meetings in Yerevan.

He described an issue of utmost importance to Armenian Canadians, that of the self-determination quest of the Republic of Artsakh, and encouraged her to join the Canada Armenia Parliamentary Friendship Group, headed by fellow Liberal MP Brian May.

MP Wilson-Raybould thanked the Armenian community for its support and pledged to look into CAPFG membership.