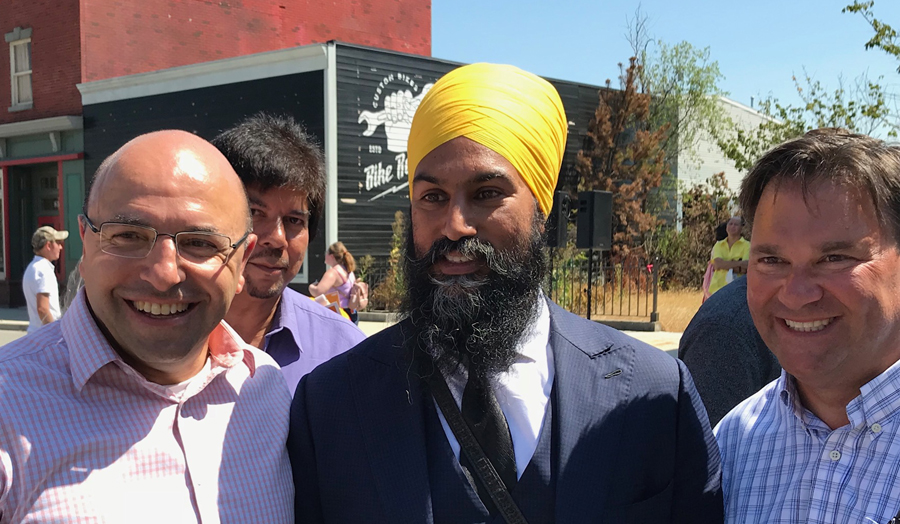 On August 8th, Armenian National Committee of Canada (ANCC) Western Region Chairman Hagop Deragopian attended a rally in Burnaby, BC, where Federal NDP Leader Jagmeet Singh announced he will be running in the Burnaby South riding in an upcoming by-election.
]

Mr. Singh stressed the importance of getting elected in the House of Commons to be a more effective voice of his party, to hold the federal government to account, and to represent Burnaby South and all Canadians on issues like affordable housing and universal pharmacare.

The riding was narrowly won in 2015 by NDP MP Kennedy Stewart over his Liberal opponent.
Stewart recently stepped down to run for Mayor of Vancouver.