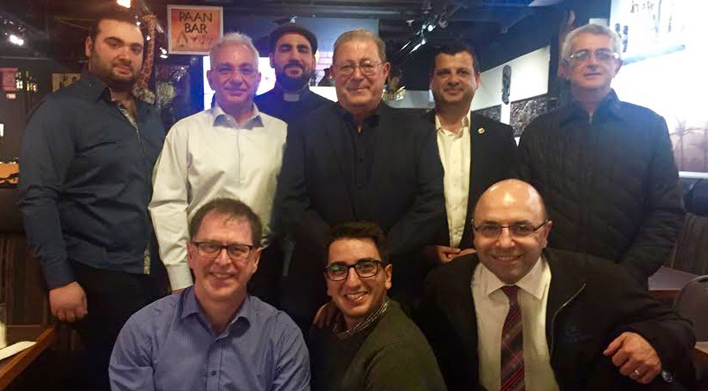 During the event, Adrian introduced the ANCC contingent and praised the work it does advocating for the Armenian-Canadian community and supporting the large number of Syrian refugees it has sponsored.

Adrian was briefed on the recent parliamentary elections in Armenia, the current situation in the Republic of Artsakh, and was invited to visit in the summer.

The BC provincial election will be held on Tuesday May 9th.