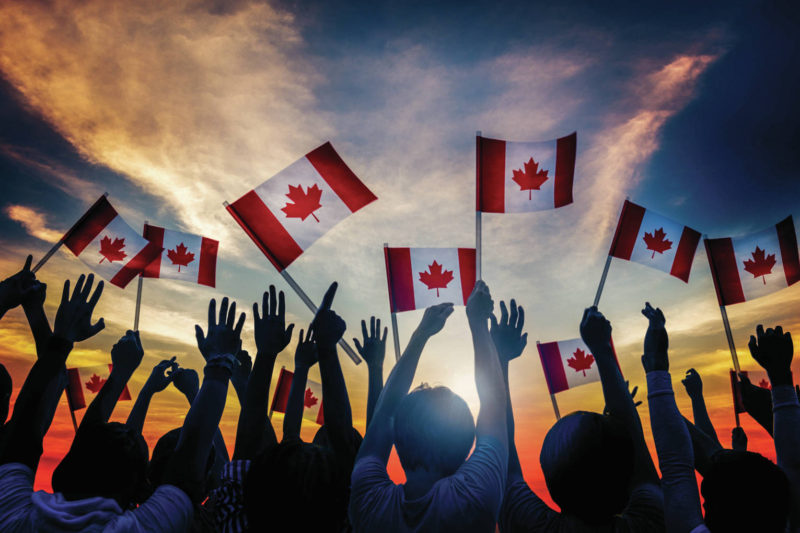 Ottawa – On Monday, October 30, 2017, Shahen Mirakian, president of the Armenian National Committee of Canada (ANCC), testified at the House of Commons Standing Committee on Canadian Heritage regarding Motion-103, condemning Islamophobia.

The motion that was adopted by the house last March, called on the Canadian government to also initiate a study on how to address issues of systemic racism and racial discrimination and take the necessary steps of reducing and eventually eliminating it.

In his testimony to the committee, Mr. Mirakian used fact-based information to note the importance of advocacy organizations such as the ANCC in advancing respect and understanding amongst Canadians and the role they play in strengthening the status of ethnic and religious communities in Canada.

The ANCC provided constructive and positive recommendations to the committee on how to direct and enhance the governments current policies in order to further consolidate our shared commitment to multiculturalism, diversity and intercultural dialogue and eliminate systemic racism and racial discrimination across Canada.

Below is the full testimony

Thank you Madam Chair and the members of the Committee for inviting the Armenian National Committee of Canada to provide evidence to you today.

I have had the opportunity to review the evidence from previous sessions and I have followed the reports in the media as well. You have already had the opportunity to hear from many presenters on a variety of concerns having to do with today’s topic and particularly with reference to Islamophobia. Many presenters have made recommendations concerning how to better address this issue. However, we believe that one topic that has not been covered sufficiently is the role that advocacy organizations can play in advancing respect and understanding among Canadians.

Generally, advocacy groups such as the Armenian National Committee of Canada are seen as advancing a particular point of view to the exclusion of other points of view. They are regarded as having a narrow and parochial interest. We often here about how government should not be captured by special interests and advocacy organizations are the ultimate in special interest groups.

We believe that this view is misguided and ignores the important role that organizations like the Armenian National Committee of Canada play in advancing broader interests. I would like to begin with two simple examples and then move from these specific cases to a more general thesis.

In December 1988, Soviet Armenia, as it then was, was struck by a devastating earthquake which killed tens of thousands, injured countless others and left a significant portion of the population homeless and without the necessities of life. The Armenian-Canadian community immediately launched into action to collect funds, medical supplies and other essential items to aid the population. Advocacy groups approached Canadian elected officials and the public service to see how all levels of Canadian government could assist in the effort. Armenian-Canadian organizations reached out to private enterprise to help with things like setting up phone lines to collect donations and to assist with the logistics involved in transporting goods to the then Soviet Union. Communication channels were opened with the Embassy and local consular offices of the USSR and with Soviet and Armenian government officials.

This effort was obviously directed to a particular interest important to the Armenian-Canadian community. However it had a positive impact on all Canadians because it created the basic framework that could be used in other disasters worldwide. Governments, private enterprise, the media and other organizations learned important lessons about coordination of effort and how to structure a relief effort. Armenian advocacy on these issues meant that when other communities were affected by similar tragedies, Canada was prepared to respond more quickly and more effectively. The payoff from this experience continues to be felt today.

And we already see how the Syrian experience is guiding efforts to resettle Yazidis in Canada.

These are but two examples. The work of Chinese Canadian groups in removing the discriminatory head tax against people of Asian descent, the work of Japanese Canadians and Ukrainian Canadian organizations in seeking redress for instances of internment during the Second and First World Wars respectively, the work of Jewish groups to track hate crimes and combat discrimination all have positive impacts measured well beyond how the immediate subject of their advocacy is dealt with.Â Similarly, Islamic organizations and advocacy groups from various cultures who follow Islam, are already playing a valuable role in combating Islamophobia and, in turn, broader instances of systemic discrimination.

Obviously advocacy groups are not the sole element in combating systemic discrimination, but they can and should play a role. When these groups campaign to open doors, those doors are pushed open for everyone. We all benefit from the efforts of groups to address particular instances of systemic discrimination because we become better at identifying what laws or actions or policies are discriminatory and we learn how to work with the targeted groups to address these issues.

To assist in this effort, the Armenian National Committee of Canada would make two recommendations.

First, we would call upon Members of Parliament to act as a resource for advocacy groups. One of the most positive things that can be done is to introduce various communities to one another and bring them together to discuss common goals. If a Member of Parliament has been approached by two groups who are pursuing the same objectives, introducing those two groups to one another can create new connections that create wider ties between the communities and create better integration. Open dialog between communities themselves can be fostered by Members of Parliament who are often best positioned to recognize areas of common interest. Additionally, Members of Parliament can help organizations addressing issues of systemic discrimination meet people from communities who have already done considerable work on addressing issues of systemic discrimination and learn the best way to effect positive change.

Second, we would call upon the government to redirect some of its funding from promoting inter-cultural dialogue to instead work on community building among faith and cultural communities. Grants the require cooperation among communities will almost always accrue to the best organized communities who already have ties with other communities and are able to lever those connections. In this way, the better off continue to be better off. If some of the funding were directed at community organization, smaller and less well-established communities could develop the proper structures to be better engaged in inter-cultural dialog and participate more fully in Canadian society.