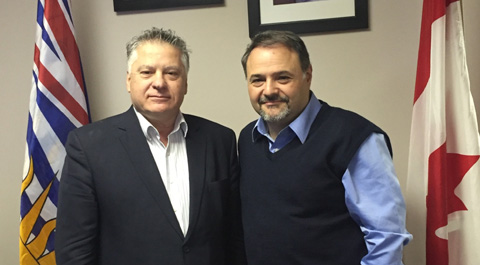 Andonian briefed MP Ruimy about the Azeri aggression in NKR of recent days and asked him to pass the message on to Prime Minister Trudeau and to Minister of Foreign Affairs Dion that the government must condemn the Azerbaijan government for continuing to violate the ceasefire and for targeting civilians. Mr. Ruimy promised to look into it and take action.

BC Armenian community and Syrian refugee issues were also discussed and MP Ruimy promised to help and agreed to join the CAPFG too.