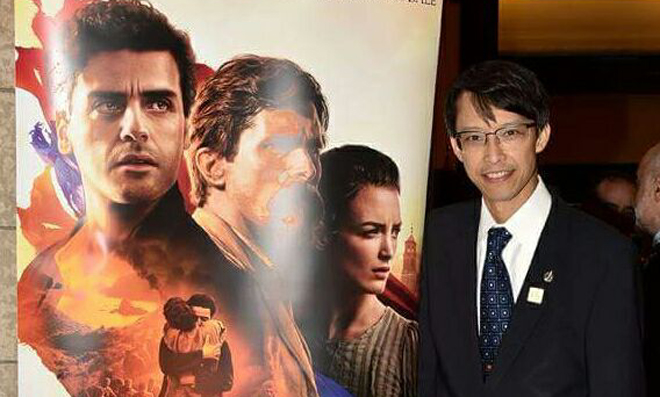 Ottawa – It is with great sadness and a heavy heart that the Armenian National Committee of Canada mourns the loss of Arnold Chan, Member of Parliament for Scarborough-Agincourt and chair of the Canada-Armenia Parliamentary Friendship Group.

“Words could not have described his strength, courage, perseverance and his love of the people he served. A great individual, a caring public servant, and a good friend of the Armenian people such as Arnold Chan will be missed dearly” said Shahen Mirakian, President of the Armenian National Committee of Canada.

Arnold Chan was first elected federally in a by-election in 2014, then re-elected in 2015. Prior to pursuing politics on a federal level, he worked within various capacities on provincial level.

“Throughout his time in office, Arnold always expressed a desire to visit Armenia but because of his health issues, he never got the opportunity. We hope that through our close relationship, we were able to bring Armeniaâ€™s hospitality and beauty to him here in Canada” said Mirakian.

Despite his health issues, he continued to serve his constituents with love and compassion and in April 2016, he assumed the chairmanship of the Canada-Armenia Parliamentary Friendship Group, for which he dedicated great time and effort. The riding he represented is one of Canada’s most Armenian populated areas.

“He was a principled individual with unwavering values, and that is what drove him to become such an exemplary public servant and an advocate for issues concerning the Armenian-Canadian community” said Mirakian.

“He will always be in the minds and hearts of the Armenian-Canadian community” concluded Mirakian.

The Armenian National Committee of Canada expresses its deepest condolences to Arnold’s widow, Jean Yip and their children, friends, Arnold’s constituency and parliamentary staff, colleagues and beloved constituents and wishes them a speedy recovery. May he rest in peace.

(pm.gc.ca) The Prime Minister, Justin Trudeau, issued the following statement after learning of the death of Member of Parliament Arnold Chan:

“Canada lost one of its most devoted servants today.

“I was deeply saddened to learn of the death of my close friend and colleague Arnold Chan. On behalf of all Canadians, Sophie and I offer our deepest condolences to his wife, Jean; to their three sons, Nathaniel, Ethan, and Theodore; and to Arnold’s parents, brother, friends, and constituents.

“Arnold was elected to serve the people of Scarborough-Agincourt in 2014. For three and a half years, he distinguished himself as a thoughtful, kind and – above all – tireless advocate for Canadians. He believed deeply in our democracy and became one of its most faithful and eloquent guardians.

“Arnold accomplished all of this despite battling cancer throughout most of his time as an MP. Even at his sickest, he found the strength to stand up in the House of Commons and represent his constituents, who he cared about so deeply.

“In June, Arnold delivered an impassioned speech to the House. I encourage all Canadians to take time today to listen to Arnold’s words, which hold lessons for us all. He reminds us that real democracy means listening to each other instead of talking over each other, and that our civic duty includes not just casting a ballot but taking care, in our everyday actions, of the country we are lucky to call home.

“In 2015, Arnold became Deputy Leader of the Government in the House of Commons. He was a committed advocate for the Armenian-Canadian community and chaired the Canada-Armenia Parliamentary Friendship Group.

“I am forever enriched by Arnold’s friendship, as Canadians are by his leadership and devoted service. He leaves us with wise words that he truly embodied: ‘We should use our heads, but follow our hearts.’”