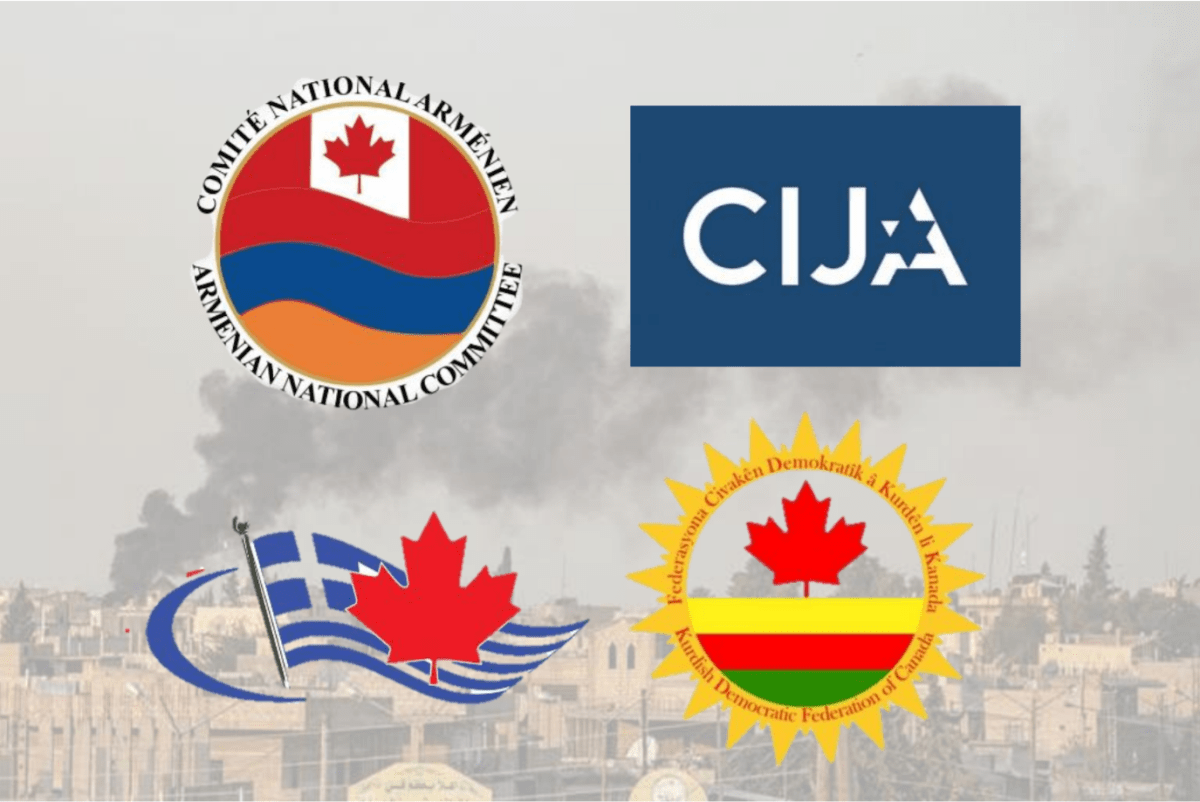 OTTAWA, October 13, 2019.– Today, the Armenian National Committee of Canada, The Centre for Israel and Jewish Affairs, the Democratic Kurdish Federation of Canada and the Canadian Hellenic Congress issued the following statement regarding Turkey’s ongoing offensive in northern Syria:

“The Armenian National Committee of Canada, the Democratic Kurdish Federation of Canada, The Centre for Israel and Jewish Affairs, and the Canadian Hellenic Congress stand together in strongly condemning Turkey’s belligerent and unrepentant attack on northeastern Syria, that has already claimed the lives of innocent civilians”

“Mindful of Turkey’s genocidal history and long-standing discriminatory policies, we urge Canada and the international community to follow Norway’s lead and immediately halt all arms exports to Turkey, impose necessary sanctions and take concrete measures to contain Turkey’s blatant aggression that is already causing immeasurable humanitarian destruction and has claimed the lives of countless innocent civilians in the region.”

According to various international news outlets, the Turkish offensive has already targeted various towns along the Syrian-Turkish border, causing widespread destruction and the death of innocent civilians, mainly from local ethnoreligious minorities.

Canada, France, and Israel are amongst a list of countries that have already condemned Turkey’s attack.

It is essential that Canada and the international community finally stand up to Turkey and do everything in their power to ensure Turkey’s withdrawal from Syria and stop Ankara’s destabilizing, destructive, and immoral acts.