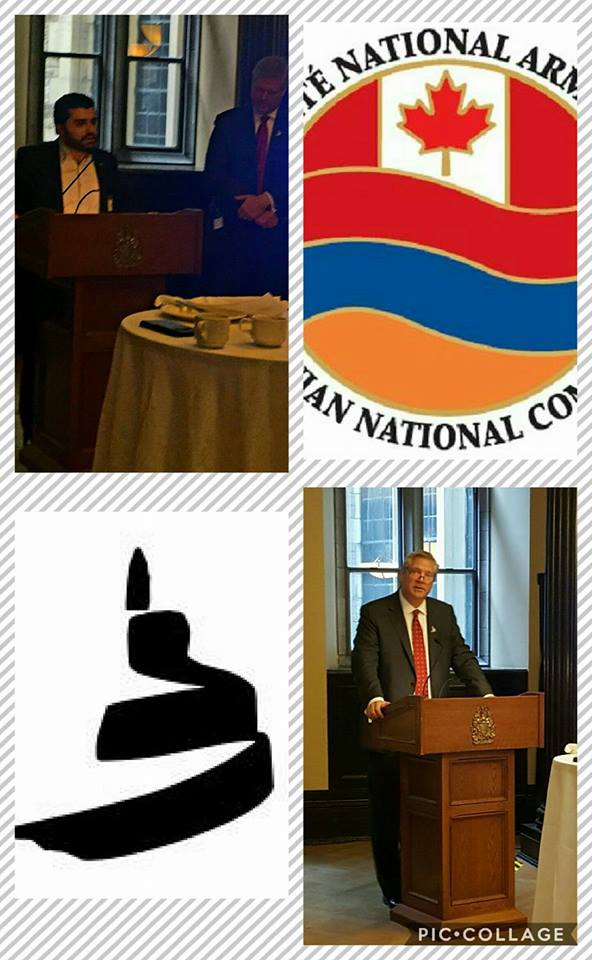 Ottawa – On Thursday, February 23, 2017, members of the Armenian National Committee of Canada attended a parliamentary reception hosted by the Canadian Museum for Human Rights in the parliament’s Commonwealth room.

In the presence of senators, members of parliament and representatives from various governmental agencies, the museum’s executive staff, headed by CEO, Dr. John Young presented the museum’s history, activism and some of the national and international projects that they are currently undertaking. In his remarks, Dr. Young stressed the importance of collaborating with various partners to continue upholding our shared responsibility towards human rights.

The Armenian National Committee of Canada was presented as an exceptional example of a partnership that the museum has had and continues to maintain with non-governmental organization’s across the nation.

Following Dr. Young’s presentation, ANCC’s executive director, Sevag Belian also addressed the gathering. In his remarks, Belian commended the museum’s unwavering commitment to the protection of human rights and thanked the museum for their constant support and collaboration on various issues of concern to the Armenian-Canadian community.

The ANCC has been working with the museum since it preparatory phases. Since the museum’s establishment, the ANCC has maintained a close relationship with the museum and has recently worked with the staff to present a documentary film titled “Acts of Conscience: Armin T. Wegner and the Armenian Genocide”. The film that premiered in Toronto and Montreal in October 2016, depicts the horrors of the Armenian Genocide through the lens of German war medic and photographer, Armin T. Wegner.