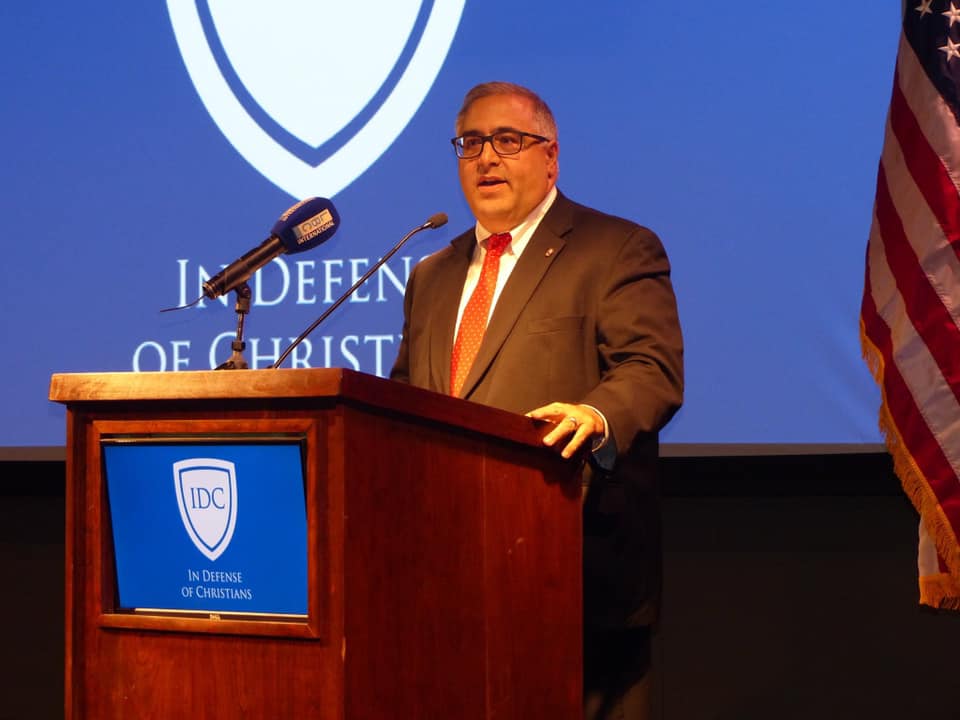 ANCA’s Hamparian: “IDC is America’s Answer to a Century of Indifference”

“On matters of faith and freedom – our interests as a state must align with our ideals as citizens,” stated the ANCA’s Aram Suren Hamparian in powerful remarks offered at this evening’s In Defense of Christians- IDC Solidarity Dinner, kicking off a two-day National Leadership Conference advocating for the rights of Christians and other minority communities in the Middle East.

Hamparian praised IDC for “doing the work of the Lord in the language of Washington: legislation, appropriations, and policy.” In addition to supporting concrete steps to support Christians in the Middle East, Hamparian praised IDC efforts to secure passage of the Armenian Genocide Resolution (H.Res.220 and S.Res.150) and discussed efforts to bolster Republic of Artsakh freedom.

The IDC National Leadership Conference will continue on Wednesday, September 11th with a morning policy forum and Congressional visits throughout the day.