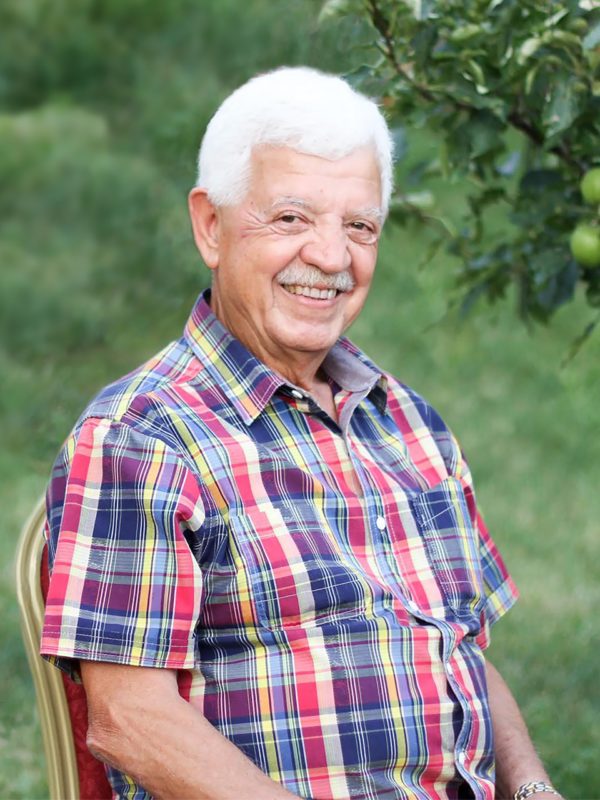 Los Angeles, CA – The Armenian National Committee of America – Western Region (ANCA-WR) announced earlier today that it will bestow the 2016 Legacy Award in memoriam to humanitarian, philanthropist, and community leader Varoujan Koundakjian. Koundakjian’s family will personally accept the award at the Gala Banquet to be held on Sunday, October 16 at the Westin Bonaventure Hotel in Downtown Los Angeles.

“While planning for our Annual Gala Banquet, we began the process of selecting this year’s awards recipients. Shortly after unanimously deciding to honor long-time community activist and philanthropist Varoujan Koundakjian with the 2016 ANCA-WR Legacy Award, we learned that our dear Varoujan was ill and in the hospital. Hoping for a speedy recovery, we decided to wait until he went home to inform him of our decision. Tragically, Varoujan did not survive that hospitalization, and our community lost one of its most passionate advocates of the Armenian Cause. Varoujan spent a lifetime devoting his time, money, and talent to all things Armenian, first as a pillar of the Armenian-American Diaspora communities here in Los Angeles and South Bay, and then as a concerned citizen of Armenia, using all resources available to him to propel the Armenian Nation forward. His family’s loss is our collective loss, and we will miss him greatly as we continue his legacy and his lifelong mission in service to our People,” stated ANCA-WR Chair Nora Hovsepian.

“Our family is deeply honored to accept the ANCA 2016 Legacy Award on behalf of Varoujan Koundakjian. A beloved husband, father and grandfather, his generosity of spirit and dedication to his family and community reflect the true nature of the great man he was. With pride, with honor, and with humility, we gracefully accept this Award in Memoriam, and we join the Armenian-American community in keeping our fathers legacy alive,” stated Varoujan’s daughter and son Lalig and Sevag Koundakjian.

From a young age in Beirut, Varoujan immersed himself in community life, joining Homenetmen as a scout and as a member of the Kessab Educational Association. He then joined the renowned Hamazkayin Kaspar Ipegian Theater Company, taking on a variety of roles in a number of plays.

Varoujan was an active part of Beirut’s social, cultural and political reality. He engaged in social services and organized fund-raisers, always becoming an example to donors. He played an integral role in the “Plate of Food” campaign and the “Green Sunday” Cultural Festival efforts, while also playing a pivotal role in Lebanon’s local elections. He educated and mobilized community members to become active participants in the political life and even transported people from their homes to the precincts to ensure that the community’s unified voice was heard at the ballot box.

In 1952, Varoujan joined the ranks of the Armenian Revolutionary Federation (ARF) in Lebanon and began his service to the Armenian Cause through the party.

To pursue his education, in 1962, Varoujan moved to Los Angeles, where his sister Arpine was already residing, and enrolled in the Los Angeles Trade Technical College, receiving an Associates Degree in Window Display Design in 1964.

From 1965 to 1975, Varoujan worked at Diamond Tools company with Manas Boujikian, also a longtime community leader and previous recipient of the ANCA-WR Legacy Award. At the same time, in partnership with Manas and Mgrdich Mgrdichian, and his brother Alexan, he established a number of businesses among them the Van Liquor company.

In 1975, Varoujan established his own company. Diamotec Inc. which to date continues to be a leader in the semiconductor industry.

Since his arrival in the United States in 1962, Varoujan had an active and productive role in the ARF including serving on the organization’s Central Committee in various capacities between 1978-1990. He played an influential role ensuring that ARF local chapters have their own community centers and was especially instrumental in the establishment of the Torrance and Hollywood community centers, which until today are a gathering place for these communities, especially for their youth.

In 1989, Varoujan became a driving force in the establishment of Horizon Armenian Television.

From 1990, with his friend Manas Boujikian, Varoujan served on the ARF Bureau’s Finance Committee and during his tenure he undertook several successful ventures that ensured continued financing of the global organization.

He was a founding member of the Armenian Cultural Foundation Trust Fund in 1987 and was an ardent supporter and generous benefactor to the Armenian National Committee of America, whose work he encouraged on regional, national and international levels.

He also served on the executive board of the Armenian Educational Foundation, where he launched several initiatives resulting in renovation of numerous schools in villages in Armenia.

His unwavering encouragement and support of the arts and artists in Armenia spanned the spectrum of theater, music, film and other cultural fields. In 1995, he and Manas sponsored the renovation of the Hovannes Toumanian House and Museum in the village of Dsegh.

One of the centerpieces of his accomplishments in Armenia was the construction of a mixed-use building on Yerevan’s Northern Avenue, which he oversaw and executed. The building was unveiled in 2008 and a portion served as his residence in Yerevan, which had become his and his wife’s home. He partnered on this project with long-time friend Hank Dorian.

In 2014, His Holiness Aram I, Catholicos of the Great House of Cilicia bestowed the coveted “Cilician Knight” medal upon Varoujan, for his continued service to the community, for his generosity to the needy and to organizations that advanced the causes in which he believed.

Varoujan Koundakjian left all these accomplishments and his rich life behind when he passed away at on July 15 in Los Angeles. He is survived by his wife Armine Carapetian, his son Sevag and daughter Lalig with their spouses Yerado Abrahamian and Aram Aslanian, and grandchildren Kami and Alik.

The 2016 ANCA WR Annual Gala Banquet will be held on Sunday, October 16, 2016 at the Westin Bonaventure Hotel in Los Angeles, California. The main event will begin at 4:30p.m. with cocktails, hors d’oeuvres, and a silent auction. A three-course dinner will follow at 6:00 p.m. with a powerful program and presentation of the awards.

Individuals interested in attending the Annual Gala Banquet are encouraged to purchase tickets online at www.ancawrgala.org or call 818.839.1918. To obtain individual or corporate sponsorship information visit www.ancawr.org/gala/sponsorship or call (818) 500-1919. For up to the minute updates on the event follow ANCA Western Region on social media facebook.com/ANCAWesternRegion Twitter & IG: ANCA_WR

The ANCA WR Gala Banquet represents the single largest annual gathering of Armenian American public policy leaders throughout the western United States, and is attended by over 1,400 prominent Members of Congress, state legislators and officials, community leaders, and many of the organization’s strongest activists and generous donors from California, Nevada, Arizona, and throughout the western United States.