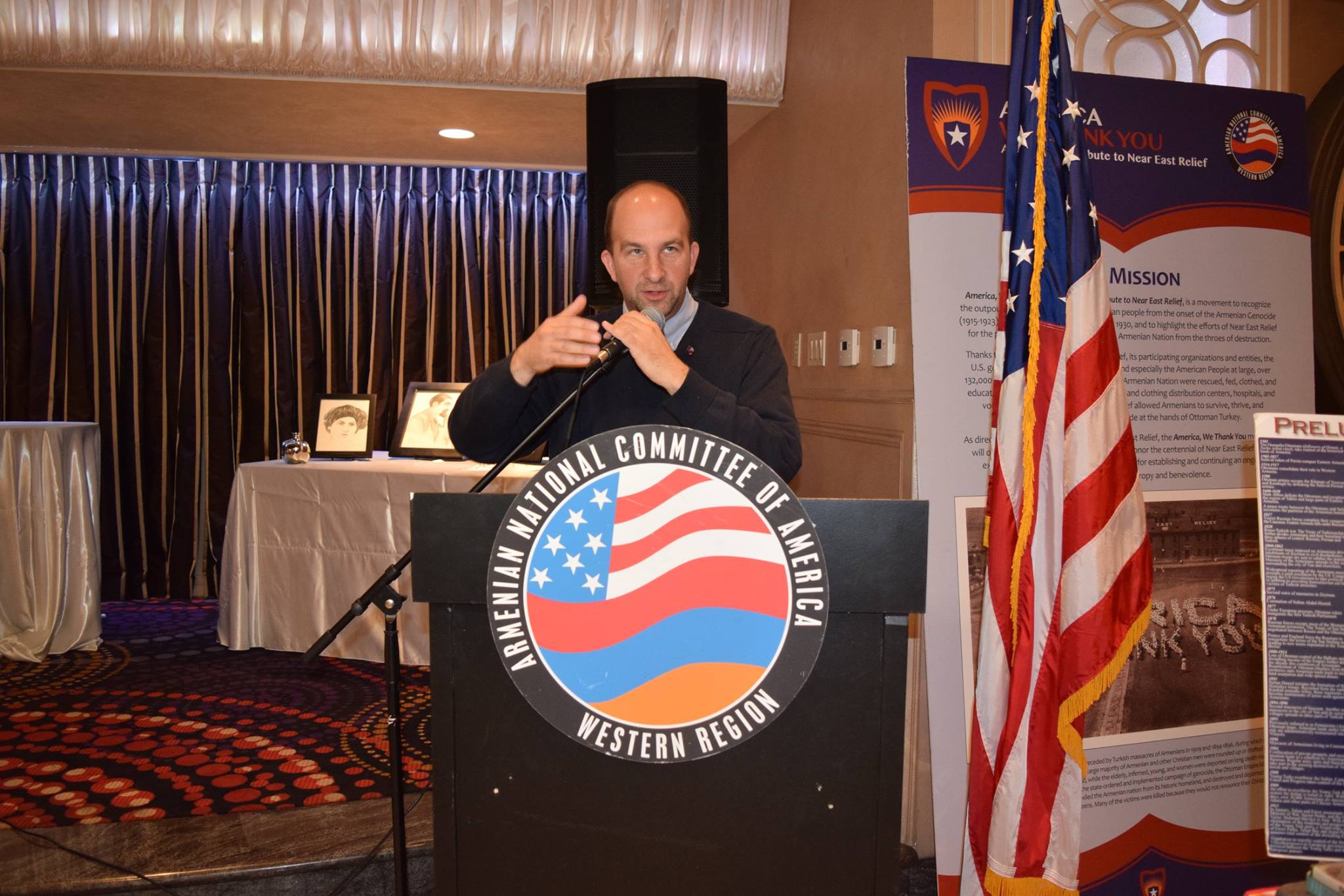 “More than ever before the impact of the Armenian vote may tip the balance of the Board of Education. I have been proud to stand with the community for many years on the most important issues. We share values and we share a commitment to strong public schools. The endorsement of the ANCA Western Region means the world to me and solidifies our long standing relationship. All of this is on the line in the May 16th general election and I ask the community to vote on behalf of our students, their families and our schools,” stated Zimmer.

Zimmer’s landslide victory came despite vicious distortions against him and over 2 million dollars poured in by the California Charter School Association and other independent expenditures, resulting in the most expensive school race in the history of this country. Earning 28,186 votes at 47.5% against Nick Melvoin who came in second with 18,532 votes, Alisson Holdorff Polhill 8,581 votes, and Gregory Martayan 4,056 votes, Zimmer will face a run off in the LA General Elections set for May 16, 2017.

“The May 16 Elections will be a critical turning point for our cause. When all is said and done, those who show up at the polls on Election Day will decide the fate of our city, our schools, the future of our students and how the Armenian Cause progresses within the nation’s second largest school district. The ANCA-WR calls on every eligible community member to get active in the campaigns, to mobilize, to register to vote, to educate their family and friends about President Zimmer and add their crucial vote to our collective voice at the ballot box,” stated ANCA-WR Executive Director Elen Asatryan.

“President Zimmer has demonstrated time and again his commitment to our community, to the advancement of the Armenian Cause and a deep care and concern about the students and the schools in LAUSD. We have a large Armenian-American community in Los Angeles, and It is the absolute obligation of every community member to do his or her part in ensuring the re-election of Zimmer to the LAUSD School Board and in electing the second Armenian-American representative, Karo Torossian to the Los Angeles City Council,” added Asatryan.

The ANCA-WR along with its local chapters of ANCA Hollywood and San Fernando Valley West announced a very early endorsement of Zimmer for the primary elections. Leading up to Election Day, the organization and its activists took to the phones, streets and social media to educate and inform voters about Zimmer and help get out the vote.

Zimmer’s close relationship with and understanding of the needs of the Armenian community dates back to his teaching days at Marshall High School, which has always enjoyed a large Armenian student population. Since taking office, Zimmer has worked closely with the regional ANCA and its local chapters in Hollywood and San Fernando Valley West in addressing many needs of the Armenian American community, including promoting the hiring of Armenian teachers and administrators in LAUSD, ensuring a full audit of the Magnolia Charter schools tied with the Turkic Gulen movement, which resulted in revoking the charter agreement from two Magnolia schools.

As President of LAUSD, he initiated and saw through the unanimous passage of a resolution recognizing the Armenian Genocide of 1915 and committing to teach district wide on the subject matter. As a follow up to the resolution, Zimmer also personally communicated with all principals in the district requesting that all schools engage in the training and teaching of the Armenian Genocide.

As the community and the world marked the Armenian Genocide Centennial, Zimmer motioned for all Armenian instructors to have the day off and for the Armenian Genocide to be observed as a religious holiday, so not to affect their sick leave. He had the same exception made for all Armenian students, allowing them to participate in the historic March for Justice in Los Angeles. In the same year, Zimmer also co-hosted the launch of the ANCA-WR America We Thank You documentary – encouraging all social science chairs and school board members to attend the event and panel discussion, which highlighted the unprecedented response by the US, through the 1st congressional sanctioned humanitarian organization, the Near East Relief that helped save the Armenian nation from annihilation during and in the aftermath of the Armenian Genocide.

Currently, the ANCA-WR, Gen Ed and UTLA are working closely with Zimmer who will be hosting a professional development seminar to train the social science teachers on the Armenian Genocide.

The Los Angeles General Elections will take place on Tuesday, May 16, 2017. In order to vote, you must be registered. To register to vote online visit www.lavote.net or call 818.500.1918.