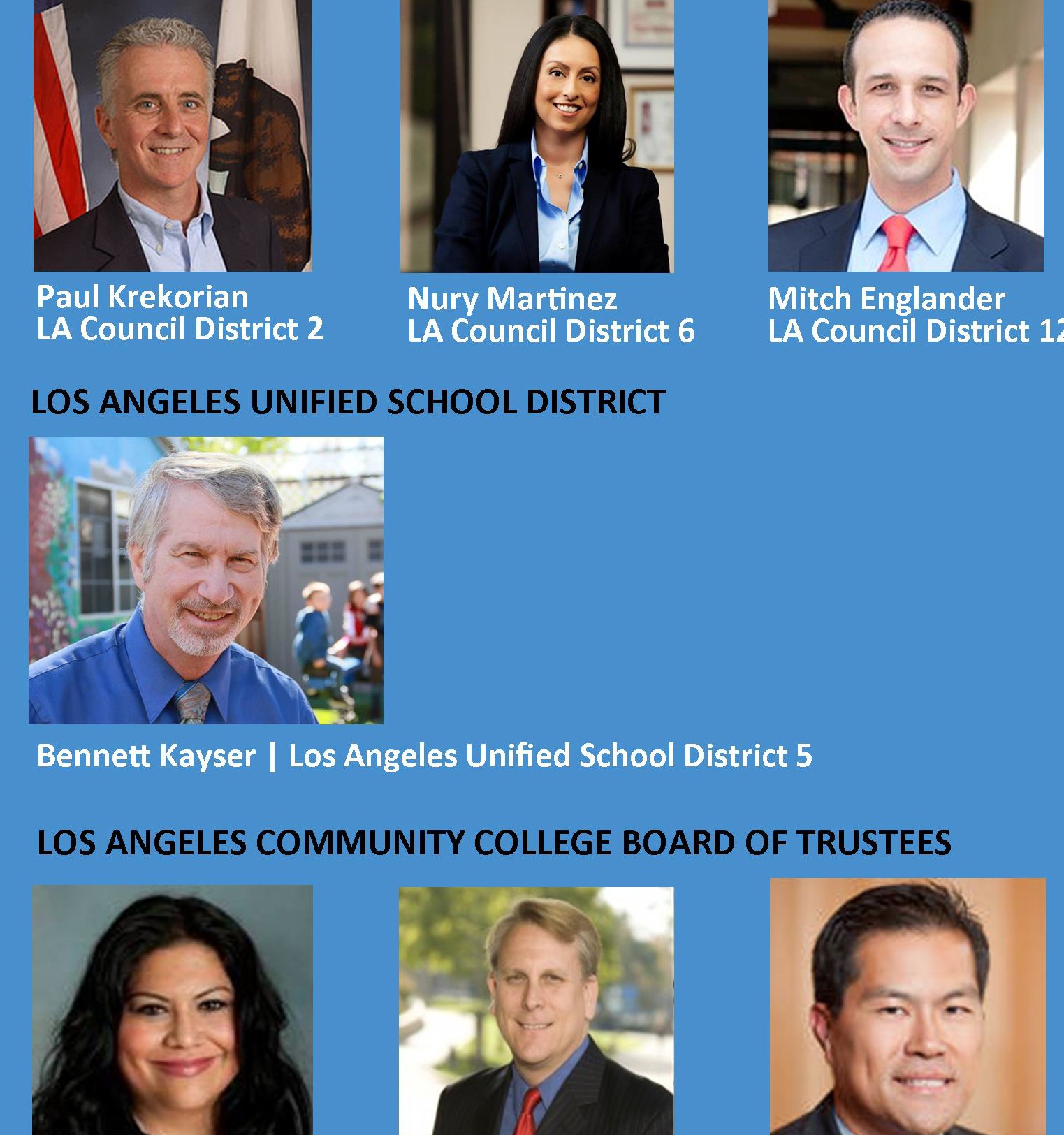 “The great city of Los Angeles has the largest concentration of Armenian Americans in the United States outside of Armenia and its participation in the upcoming municipal elections will play a determining role in the outcome of the elections,” commented ANCA-WR Executive Director Elen Asatryan. “We urge Armenian Americans to exercise their right to vote in the Primary Elections on March 3rd, helping elect those candidates who have been longtime friends and true supporters of so many important issues concerning our community,” added Asatryan.

Careful review of candidates’ track records and subsequent interviews and meetings with them earlier this month to survey their grasp of important Armenian issues, as well as a sincere devotion to making the Armenian community an equal partner in the future of the City of Los Angeles yielded the below ANCA-WR endorsements.

The ANCA-WR endorsed candidates demonstrate notable support for issues of importance to the Armenian American community, including supporting resolutions and bills recognizing the Armenian Genocide, mandating Armenian Genocide Education Curriculum in public schools that also encompasses the efforts of the Near East Relief, the United States’ first congressionally sanctioned non-governmental organization, and how it mobilized the humanitarianism and philanthropy of the American People to save and sustain hundreds and thousands of Armenians during the Armenian Genocide of 1915-1923, and in its immediate aftermath until 1930.

A winner is declared in all City Council and LAUSD races when he/she secures fifty percent plus one vote. For any race in which no candidate wins a majority of the vote, a runoff election is held. This year’s runoff election for LA City Council and LAUSD is scheduled for May 19, 2015. The LACCD Board of Trustees races, however, only require a plurality of the vote to declare a candidate a winner. Whichever candidate gets the most number of votes on March 3rd, wins the seat.

The 2015 Primary Elections will take place on March 3, 2015. In order to vote, you must be registered. The ANCA-WR urges community members who are U.S. citizens and over the age of 18 not yet registered to vote, to register by visiting www.hyevotes.org or calling 818.806.8683. For additional information, contact ANCA WR at 818.500.1918, info@ancawr.org, or visit www.ancawr.org.