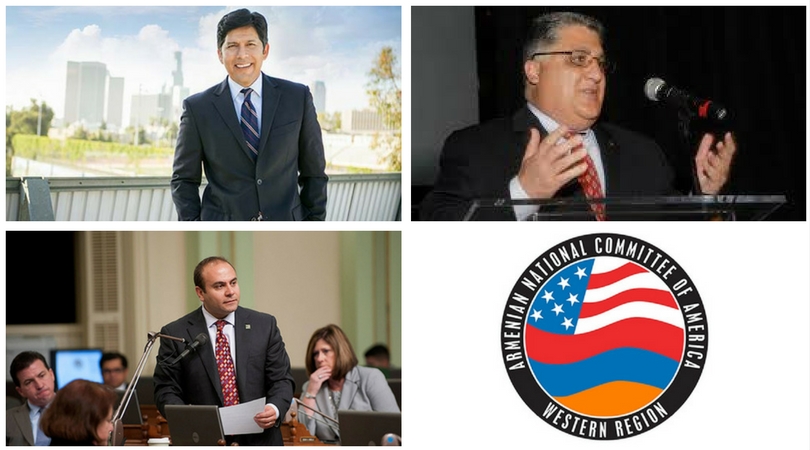 Below is the text of that statement:

The Budget adopted on June 15 by the California State Legislature and signed by the Governor earlier this week adds $3 million for the construction of the Armenian American Museum and Cultural Center of California and allocates $10 million for programs related to the implementation of the new History/Social Science curriculum framework, including Armenian Genocide education. In letters to Governor Brown, Senate Pro-Temp Kevin de Leon, and Assembly Speaker Anthony Rendon, the ANCA-WR expressed its appreciation for these increases in funding.

The ANCA-WR offered its highest praise to Senator Anthony Portantino (D – La Canada Flintridge) for championing the request for the designation of funds for the Armenian Genocide curriculum and providing additional funding to the Armenian American Museum, not only by listening to the concerns of his constituents, but also mobilizing the support of the State Legislature and the Governor.

The leadership provided in the State Senate by Senator Portantino and in the State Assembly by Assemblymember Adrin Nazarian (D – Sherman Oaks) have been key to recent accomplishments. Senator Portantino’s activism on this and other issues of importance to the Armenian American community have built upon the increasing activism and successes within the State Legislature under the leadership of Assemblymember Nazarian on issues such as Armenian Genocide education and divestment of state funds from the Turkish government over the past few years.

It important to recognize that this year’s unprecedented achievement would not have been possible without the excellent relationship that the ANCA-WR has cultivated over several years with Senate Pro Tem Kevin de Leon, Speaker Anthony Rendon, and dozens of other members of the State Legislature.

The support of Senator Scott Wilk (R – Santa Clarita), and the Assembly Majority Leader Ian Calderon (D – Whittier), also have been instrumental, as have the California Armenian Legislative Caucus, formed under the leadership of Assemblymember Nazarian, together with then Assemblymember Wilk and former Assemblymember Katcho Achadjian, and the recently established Senate Select Committee on California, Armenia and Artsakh Mutual Trade, Art and Cultural Exchange at the initiative of Senator Portantino.