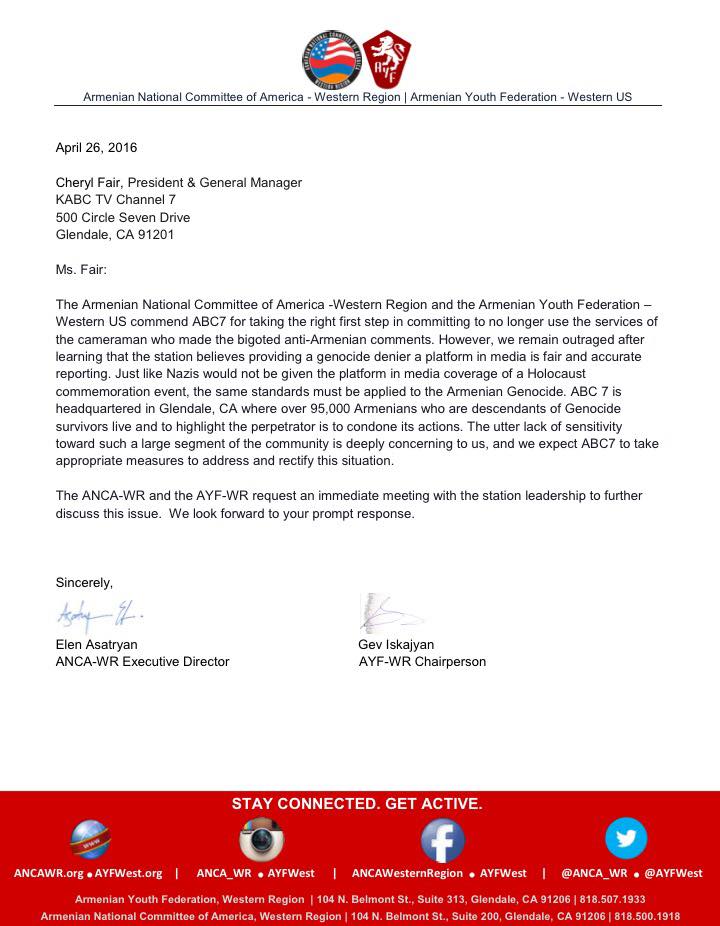 The Armenian National Committee of America – Western Region and the Armenian Youth Federation – Western US commend ABC7 for taking the right first step in committing to no longer use the services of the cameraman who made the bigoted anti-Armenian comments. However, we remain outraged after learning that the station believes providing a genocide denier a platform in media is fair and accurate reporting.
Just like Nazis would not be given the platform in media coverage of a Holocaust commemoration event, the same standards must be applied to the Armenian Genocide. ABC 7 is headquartered in Glendale, CA where over 95,000 Armenians who are descendants of Genocide survivors live and to highlight the perpetrator is to condone its actions. The utter lack of sensitivity toward such a large segment of the community is deeply concerning to us, and we expect ABC7 to take appropriate measures to address and rectify this situation.

The ANCA-WR and the AYF-WR request an immediate meeting with the station leadership to further discuss this issue. We look forward to your prompt response.