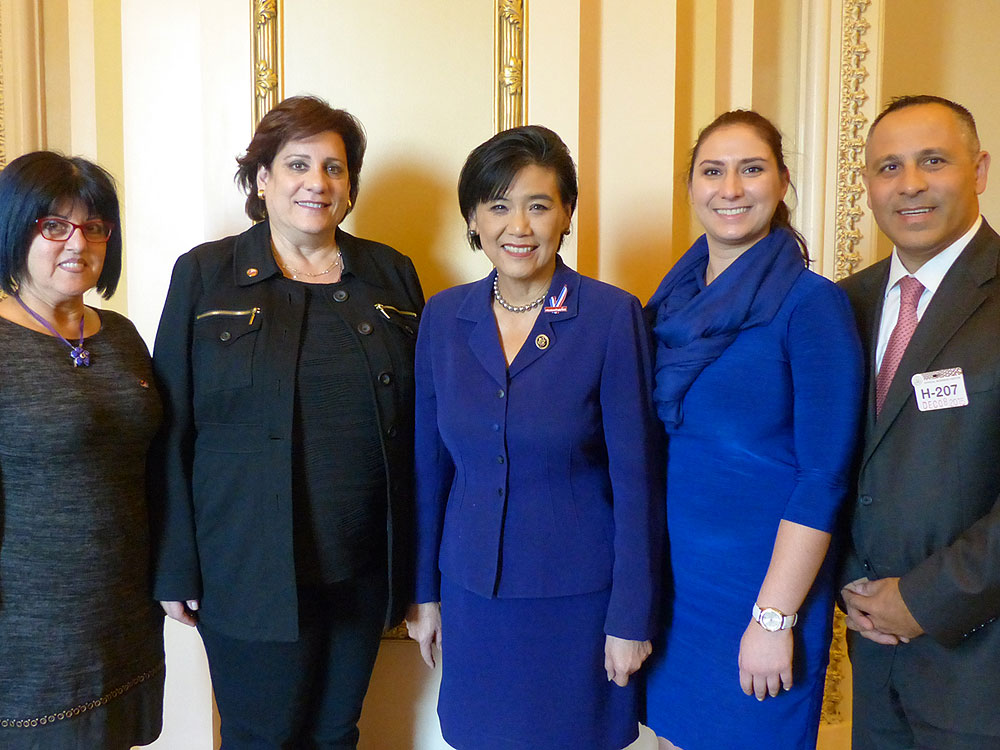 — Measure Would Support Deployment of Gunfire Locators, Additional Observers, and the Withdrawal of Snipers from the Artsakh Line-of-Contact

WASHINGTON, DC – Congresswoman Judy Chu – a senior member of the influential House Ways and Means Committee – today offered an amendment supporting the deployment of gunfire locators, the addition of observers, and the non-deployment of snipers, heavy arms, and new weaponry along the Artsakh line-of-contact, reported the Armenian National Committee of America (ANCA).

“We welcome Representative’s Chu’s pro-peace amendment in support of the Royce Engel proposals – a set of common-sense initiatives to help create the conditions for a durable and democratic resolution of outstanding status and security issues between Artsakh and Azerbaijan,” said ANCA Executive Director Aram Hamparian.  “Launched right here in Washington, DC by the bipartisan leadership of the House Foreign Affairs Committee, these cease-fire strengthening proposals enjoy the support of Artsakh, Armenia, the United States, and the Organization for Security and Cooperation in Europe.”

The text of the Chu Amendment to the National Defense Authorization Act (NDAA) for Fiscal Year 2020 reads as follows.

It is the sense of Congress that United States interests in the stability of the Caucasus region and the continuation of the Nagorno Karabakh cease-fire will be advanced by an agreement among regional stakeholders on:

1) The non-deployment of snipers, heavy arms, and new weaponry along the line-of-contact;

2) The deployment of gun-fire locator systems on the line-of-contact; and

3) An increase in the number of Organization for Security and Co-operation in Europe observers along the line-of-contact.

The Royce-Engel proposals, first spearheaded by former House Foreign Affairs Committee Chairman Ed Royce (R-CA) and current Committee Chairman Eliot Engel (D-NY) in Fall, 2015, received the support of over 100 U.S. House members in a series of Congressional calls to the U.S. Administration and the OSCE to take concrete action to ensure Artsakh peace as negotiations continue.  The ANCA has launched multiple nationwide grassroots campaigns in support of the initiative, which has gotten support from the U.S. State Department and the OSCE Minsk Group Co-Chairs, in addition to the Republics of Artsakh and Armenia.  Azerbaijan remains the only obstacle to their practical implementation.

Beginning the week of July 8th, the House Rules Committee will be reviewing several hundred amendments to the FY 2020 NDAA, including the Chu Amendment, to determine which will be ruled “in order,” and allowed to proceed to a vote of full House later in the month.