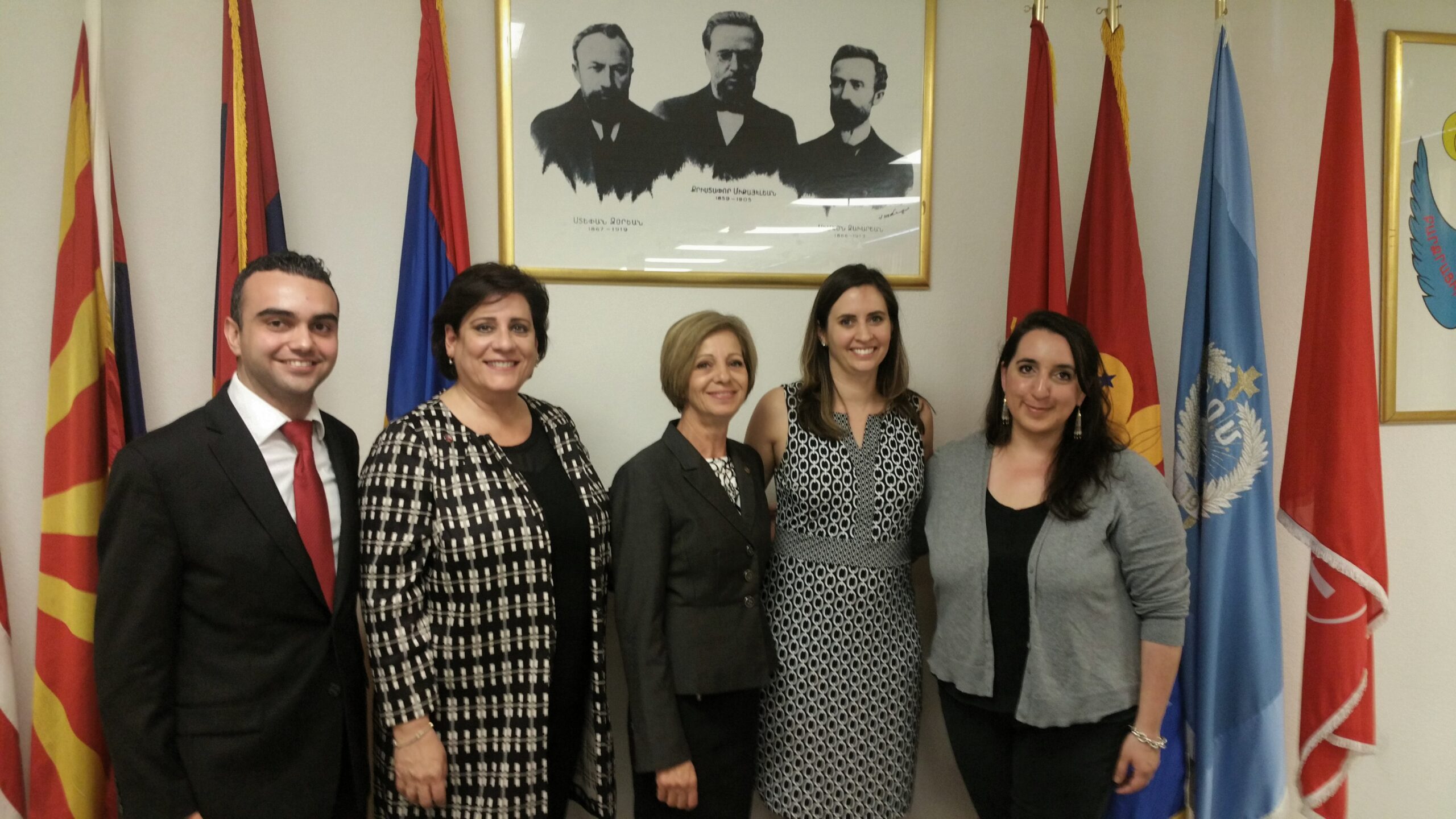 Phoenix, AZ – On Saturday, April 8, 2017 the Armenian National Committee of America – Western Region (ANCA-WR) and ANCA Arizona hosted the ‘ANCA In Your Neighborhood’ Town Hall at the Armenian Center in Phoenix, strategizing for local activism, signing up community members as federal rapid responders, and discussing issues of regional and national importance.

“The Armenian community of Arizona has all of the potential to become an even more vibrant voice in the Grand Canyon State’s democratic process, and we look forward to supporting the process of bringing Armenian American issues to the desks of all public officials in state and national offices,” remarked ANCA-WR chair Nora Hovsepian. “The enthusiastic participation in the town hall, as well as the warm reception for the new board of ANCA-Arizona are a testament to our grassroots’ determination to make new coups in community activism.”

The Arizona town hall was led by Hovsepian and ANCA-WR community development coordinator Simon Maghakyan, who reviewed organizational structure, addressed local, regional and national priorities, introduced the new ANCA-Arizona board, and took questions from the audience. At the end of the town hall, several dozen community members signed up as ANCA rapid responders in order to guarantee their participation in every federal action alert.

“Thank you to the ANCA-WR and the Armenian Center in Phoenix for their hard work in making the town hall such a success. We have a great group and with all our unique talents and passion, I know we will make an incredible impact on advancing the Armenian cause in Arizona. Grateful to be part of the ANCA-Arizona team and to work with such a dedicated group of people,” remarked Angela Heisel, ANCA-Arizona Co-Chair.

Prior to and following the town hall, ANCA-WR and ANCA-Arizona representatives met with key stakeholders in the Armenian community and the Arizona chapter of In Defense of Christians (IDC), as well as stopped by at the Saint Apkar Armenian Church Easter Bake sale in Scottsdale.

“It was such a pleasure to host ANCA-WR leaders for the engaging April 8 town-hall. We appreciate them traveling to Arizona to inform, educate, and rally together the local community and we are excited to continue our collective work in the future,” remarked Zari Panosian, ANCA Arizona Co-Chair.

The ANCA-WR Town Hall series is an effort to reactivate and engage Armenian American communities throughout the Western United States. The meetings are led by ANCA-WR senior staff and board members, who provide attendees with an overview of the organization, its priorities on the local, state, and federal levels, and recent developments affecting Armenian-Americans, Armenia, and Artsakh. During the townhalls, community members have an opportunity to ask questions, discuss local community needs, make recommendations, and learn about ways to get involved with ANCA efforts locally.