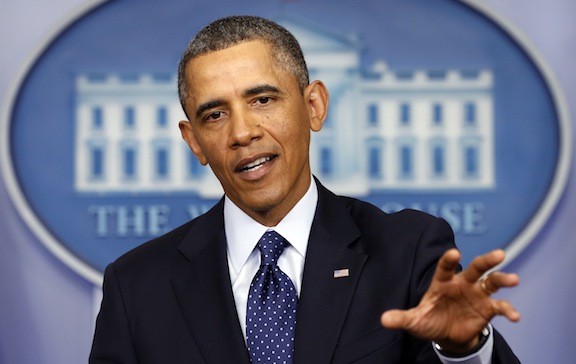 “President Obama continues to outsource his policy on the Armenian Genocide, effectively granting Turkey a veto over America’s response to this crime against humanity.”

“It’s a sad spectacle to see our President, who came into office having promised to recognize the Armenian Genocide, reduced to enforcing a foreign government’s gag-rule on what our country can say about a genocide so very thoroughly documented in our own nation’s archives.”

“The fact remains that any durable improvement in Armenian-Turkish relations will require that Ankara end its denials, accept its moral and material responsibilities, and agree to a truthful and just international resolution of this still unpunished crime against all humanity.”

“While we do note that the President chose to join in today’s national remembrance, we remain profoundly disappointed that he has, once again, retreated from his own promises and fallen short of the principled stand taken by previous presidents. For our part, we remain committed to aligning U.S. policy on the Armenian Genocide – and all genocides – with the core values and humanitarian spirit of the American people.”

The full text of President Obama’s statement is provided below.

THE WHITE HOUSE
Office of the Press Secretary
FOR IMMEDIATE RELEASE
April 24, 2014

Statement by the President on Armenian Remembrance Day

Today we commemorate the Meds Yeghern and honor those who perished in one of the worst atrocities of the 20th century. We recall the horror of what happened ninety-nine years ago, when 1.5 million Armenians were massacred or marched to their deaths in the final days of the Ottoman Empire, and we grieve for the lives lost and the suffering endured by those men, women, and children. We are joined in solemn commemoration by millions in the United States and across the world. In so doing, we remind ourselves of our shared commitment to ensure that such dark chapters of human history are never again repeated.

I have consistently stated my own view of what occurred in 1915, and my view has not changed. A full, frank, and just acknowledgement of the facts is in all of our interests. Peoples and nations grow stronger, and build a foundation for a more just and tolerant future, by acknowledging and reckoning with painful elements of the past. We continue to learn this lesson in the United States, as we strive to reconcile some of the darkest moments in our own history. We recognize and commend the growing number of courageous Armenians and Turks who have already taken this path, and encourage more to do so, with the backing of their governments, and mine. And we recall with pride the humanitarian efforts undertaken by the American Committee for Syrian and Armenian Relief, funded by donations from Americans, which saved the lives of countless Armenians and others from vulnerable communities displaced in 1915.

As we honor through remembrance those Armenian lives that were unjustly taken in 1915, we are inspired by the extraordinary courage and great resiliency of the Armenian people in the face of such tremendous adversity and suffering. I applaud the countless contributions that Armenian-Americans have made to American society, culture, and communities. We share a common commitment to supporting the Armenian people as they work to build a democratic, peaceful, and prosperous nation.

Today, our thoughts and prayers are with Armenians everywhere, as we recall the horror of the Meds Yeghern, honor the memory of those lost, and reaffirm our enduring commitment to the people of Armenia and to the principle that such atrocities must always be remembered if we are to prevent them from occurring ever again.