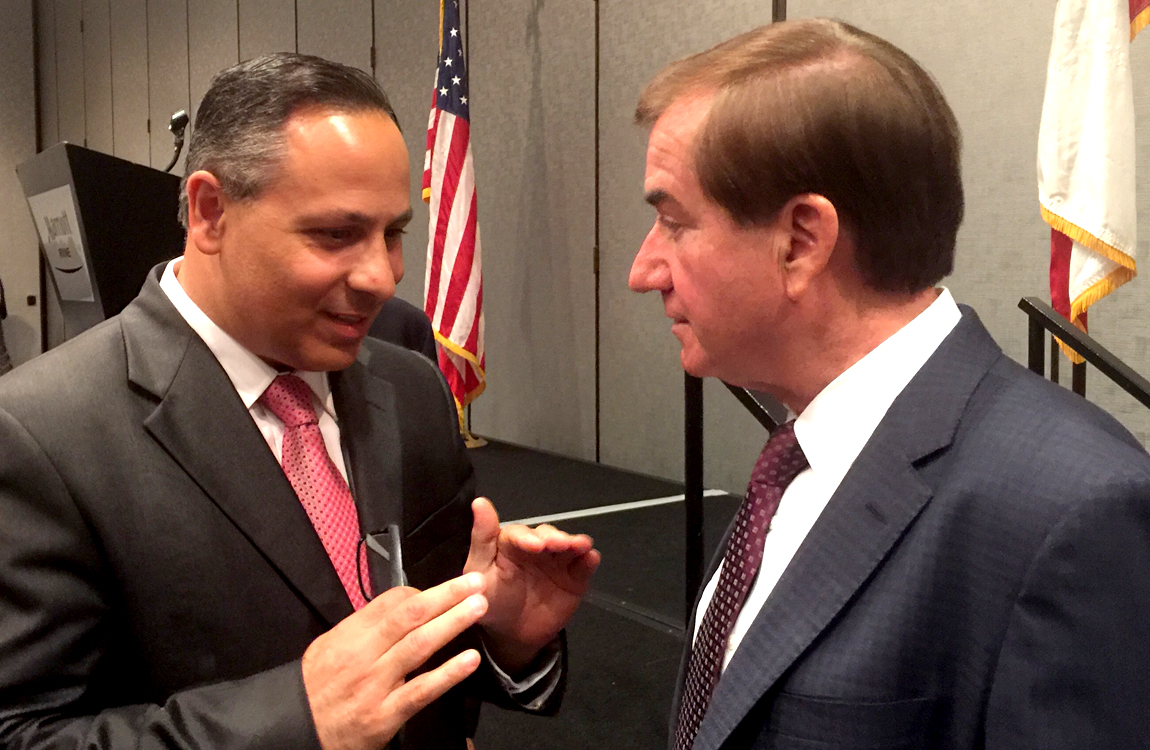 IRVINE, CA – The Armenian National Committee of America (ANCA) today urged Congressional leaders to redouble their efforts with the Obama Administration to ensure the timely implementation of the Royce-Engel peace proposals in the aftermath Azerbaijan’s deadly April 2nd attack on the Nagorno Karabakh Republic (Artsakh).

During a shared dialogue with House Foreign Affairs Committee Chairman Ed Royce (R-CA), who, along with Ranking Democrat Eliot Engel (D-NY), is the chief architect of the Karabakh peace recommendations, ANCA Chairman Raffi Hamparian discussed the Aliyev regime’s devastating incursion against Artsakh – the worst since the ceasefire established some 22 years ago – and the ensuing Azerbaijani war crimes, including the brutal murder and mutilation of an elderly Armenian couple and the beheading of three Armenian soldiers. The ANCA has been joined by senior Foreign Affairs Committee member Brad Sherman (D-CA) and Armed Services Committee member Loretta Sanchez (D-CA) in calling for a “Leahy Law” investigation, which would zero-out U.S. military assistance to Azerbaijani units found to have committed war crimes.

“Armenian Americans across the U.S. appreciate Chairman Royce’s leadership in advancing the Royce-Engel proposals – common sense measures to ensuring a path toward peace in the Caucasus,” said ANCA Chairman Raffi Hamparian. “The key, of course, is in their implementation – and the sooner the better, if we are to avoid a repeat of the ravages of Azerbaijani aggression.”

The Royce-Engel proposals, which have received the support of over 90 U.S. Representatives through two Congressional letters sent to the Obama Administration in November, 2015 and March, 2016, include three common-sense measures to secure Artsakh peace:

— An agreement from all sides not to deploy snipers, heavy arms, or new weaponry along the line of contact.

— The placement of OSCE-monitored, advanced gunfire-locator systems and sound-ranging equipment to determine the source of attacks along the line of contact.

Armenia and Artsakh have long agreed to all three measures; Azerbaijan opposes their implementation.

Key points of the Royce-Engel proposals were incorporated in the recent agreement by Armenian President Serzh Sargsyan and Azerbaijani President Ilham Aliyev – brokered by U.S. Secretary of State John Kerry, Russia Foreign Minister Sergei Lavrov and France State Secretary for European Affairs Harlem Desir – which called for the implementation of OSCE investigative measures and expanded authority of the Office of the Personal Representative of the OSCE Chairperson, as part of a broader commitment to a regional ceasefire.