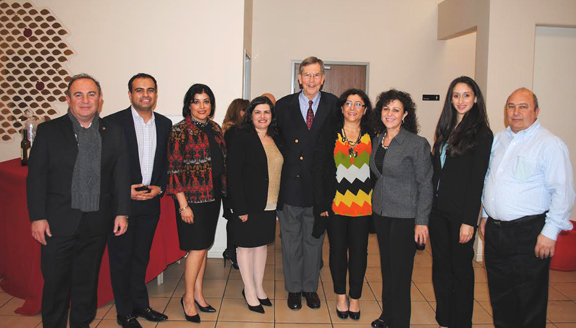 A special gratitude goes to State Senator Judy Chu, whose office participated in a coordinated effort with the AYF in the canned food drive donation to the Union Station in Pasadena, and Marshall High School Band and their music instructor Joel Lopez, for their spectacular music.

The ANCA – Pasadena Chapter Board promised to continue its ongoing work to lead the community in the right direction in the upcoming year as it has in the past and see to it that efforts in the upcoming elections the much anticipated genocide memorial project be fulfilled in time for the centennial commemoration in April 2015.